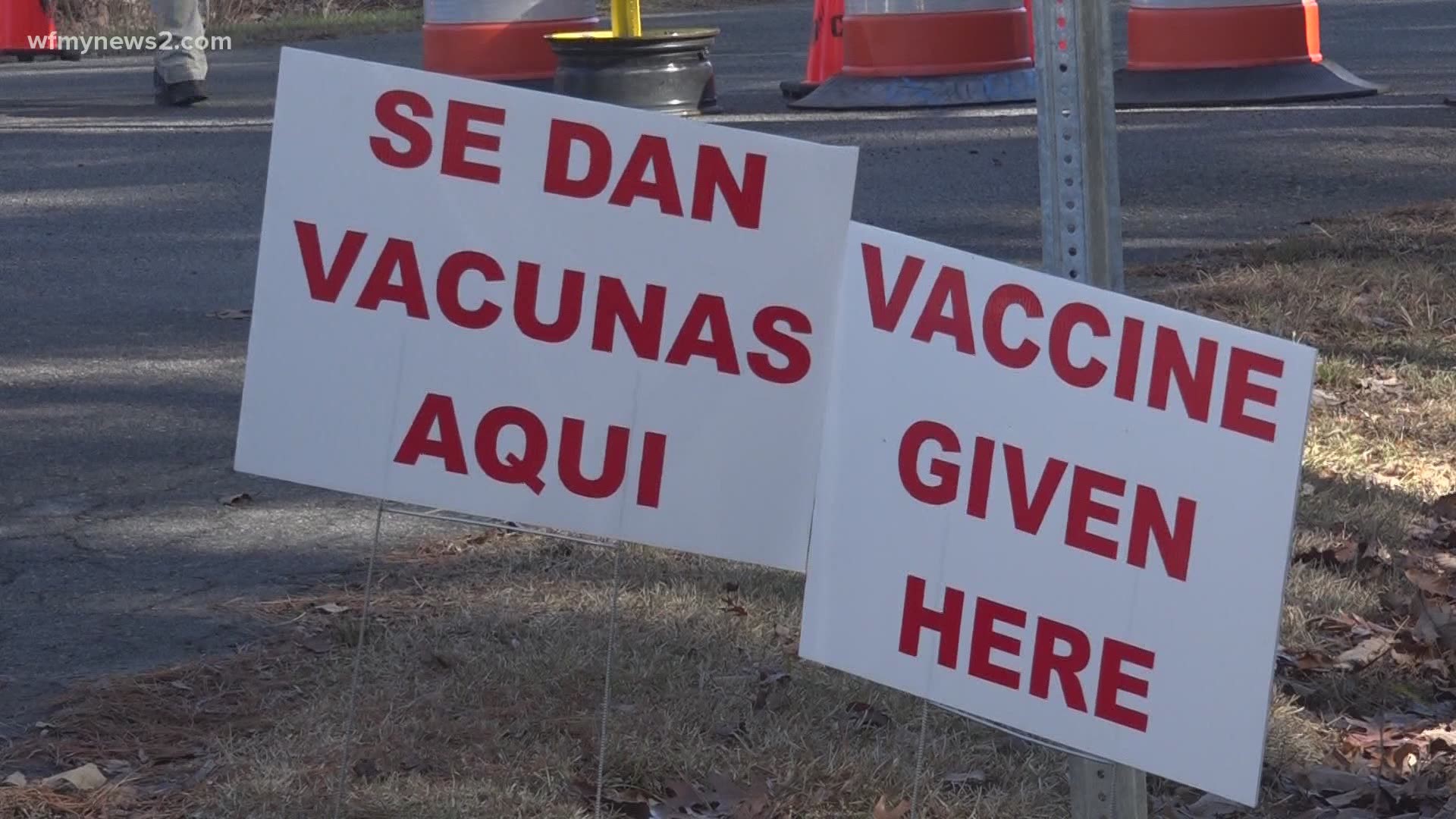 NORTH CAROLINA, USA — As doctors roll out doses of the COVID-19 vaccine as quickly as possible, the challenge of too much demand and not enough supply remains.

More than 1,000 people got their first dose of the COVID-19 vaccine on day one of mass vaccinations at the Greensboro Coliseum.

Guilford County is rolling out more appointments for people 65 and up on Wednesday.

Alamance County is still focusing on vaccinating people age 75 and up. The Alamance County Health Department will also open up more appointments Wednesday.

LIST: Where to get the COVID-19 vaccine in the Piedmont Triad

Randolph County is feeling the pressure. Health Director Susan Hayes said phone lines are tied up with hundreds of people calling the department, trying to get an appointment.

Hayes said they only have ten phone lines with ten people to answer the phones and with the volume of calls they're experiencing, it's difficult to keep up.

"I am very concerned about it," Hayes said.

Hayes said more than 20,000 people in Randolph County qualify for the vaccine. Hayes said the health department is working to distribute the 1,300 doses they have this week.

Hayes said the challenge is they can't schedule appointments for doses they don't yet have.

"We work night and day trying to take care of our citizens so I feel bad that we can't rise to the expectations of our community but we are limited in what we can do," she said.

Hayes said working in conjunction with the hospital, they held a vaccine clinic this past weekend. Hayes said that was initially scheduled for Saturday, Jan. 23, but in an effort to get vaccines out quicker, it was moved back.

Hayes said if you were scheduled to have a vaccine appointment on Saturday the 23, and did not get the notification it was moved, to contact health officials.

In Forsyth County, the health department and local hospitals have immunized 16,000 people.

Health Director Joshua Swift said his department has done 7,000 of them, and that number is growing.

"Our goal is to move to the fairgrounds where we will begin that vaccine next week and in a short three to four days we should be up to a thousand doses per day," he said.

They're not taking much time off, either. Swift said his staff has worked weekends, only taking about four days off in the last month.

RELATED: 'It's all hands on deck' | More than a thousand people vaccinated in first day of Greensboro Coliseum clinic