After waiting for more than five months, Cynthia Pettiford finally collected her unemployment benefits. The money came weeks before she would have to move. 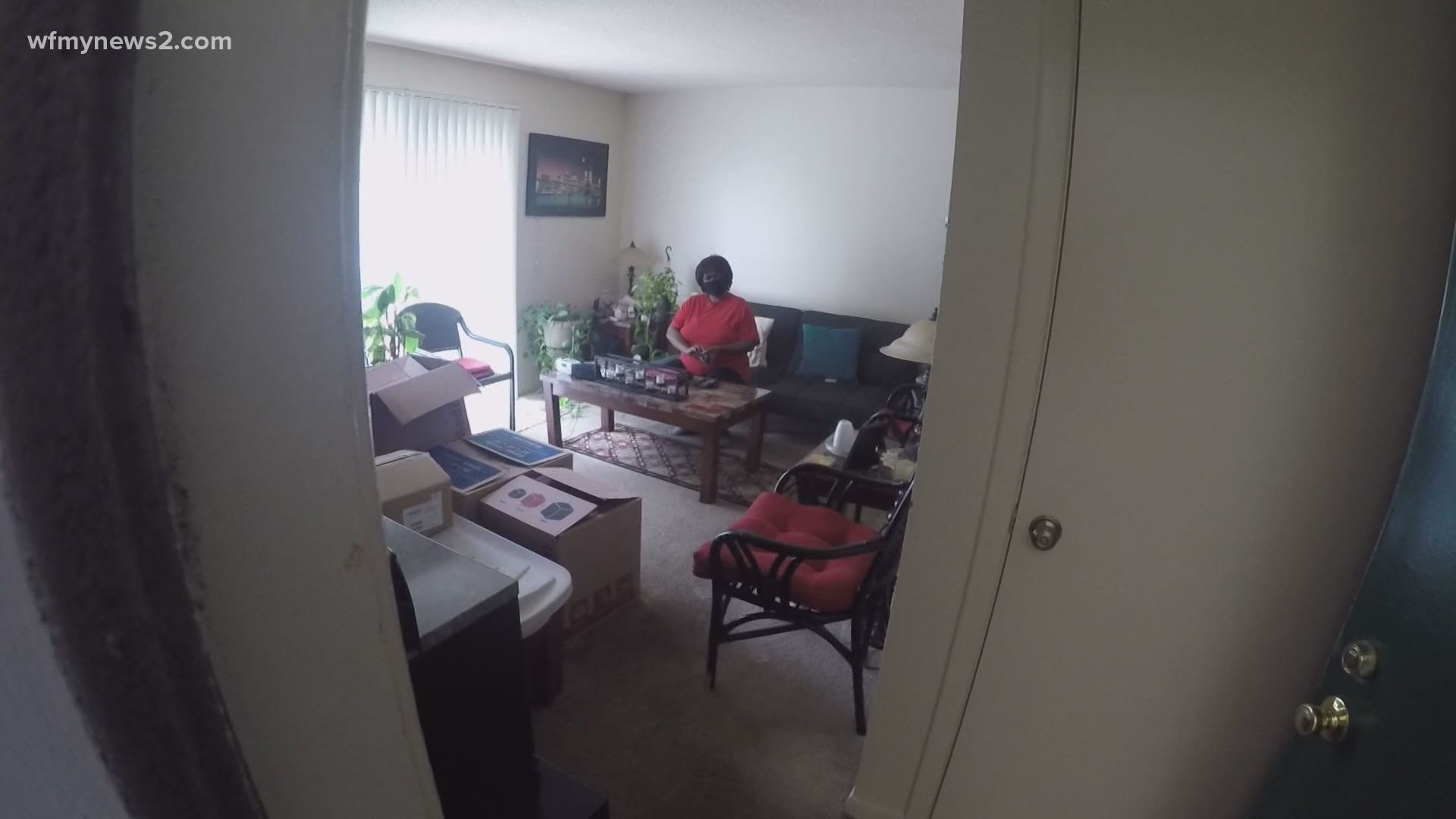 GREENSBORO, N.C. — Just a few feet inside the front door of Cynthia Pettiford’s apartment are stacks and stacks of moving boxes. Pettiford had started to pack up expecting to move out later this month.

“I was ready to move and had started looking for a new place,” Pettiford said.

At the beginning of the pandemic, Pettiford was let go from her temporary job. She filed for unemployment, but after receiving a few payments the first few weeks, the checks suddenly stopped.

“I call them every other day and get the runaround. People tell you different things,” Pettiford said.

She was able to pay for a few months' rent back in May, but it was now August and her bank account was dwindling fast. Pettiford went almost five months without a job or any unemployment of stimulus money.

“No one has called me back, yet (Division of Employment Security) always says they will call you back, but no one ever does,” Pettiford said.

Desperate and with no other options Pettiford started to pack up figuring she would be evicted. Around that same time, she called us and shared her story, asking for any help.

“I didn’t really know what else to do,” Pettiford said.

Our Call for Action team reached out to someone at DES and explained the situation. We provided DES with claim numbers, documentation, and contact information. The next week Pettiford logged on to her bank account and discovered the unemployment money she had been waiting for was deposited.

In a matter of minutes, Pettiford went from fearing she would be evicted to being able to pay all of her bills. Her backpay was more than $8,000.