Many people in South Carolina are struggling to schedule an appointment. The state's health director says supply is simply too low. 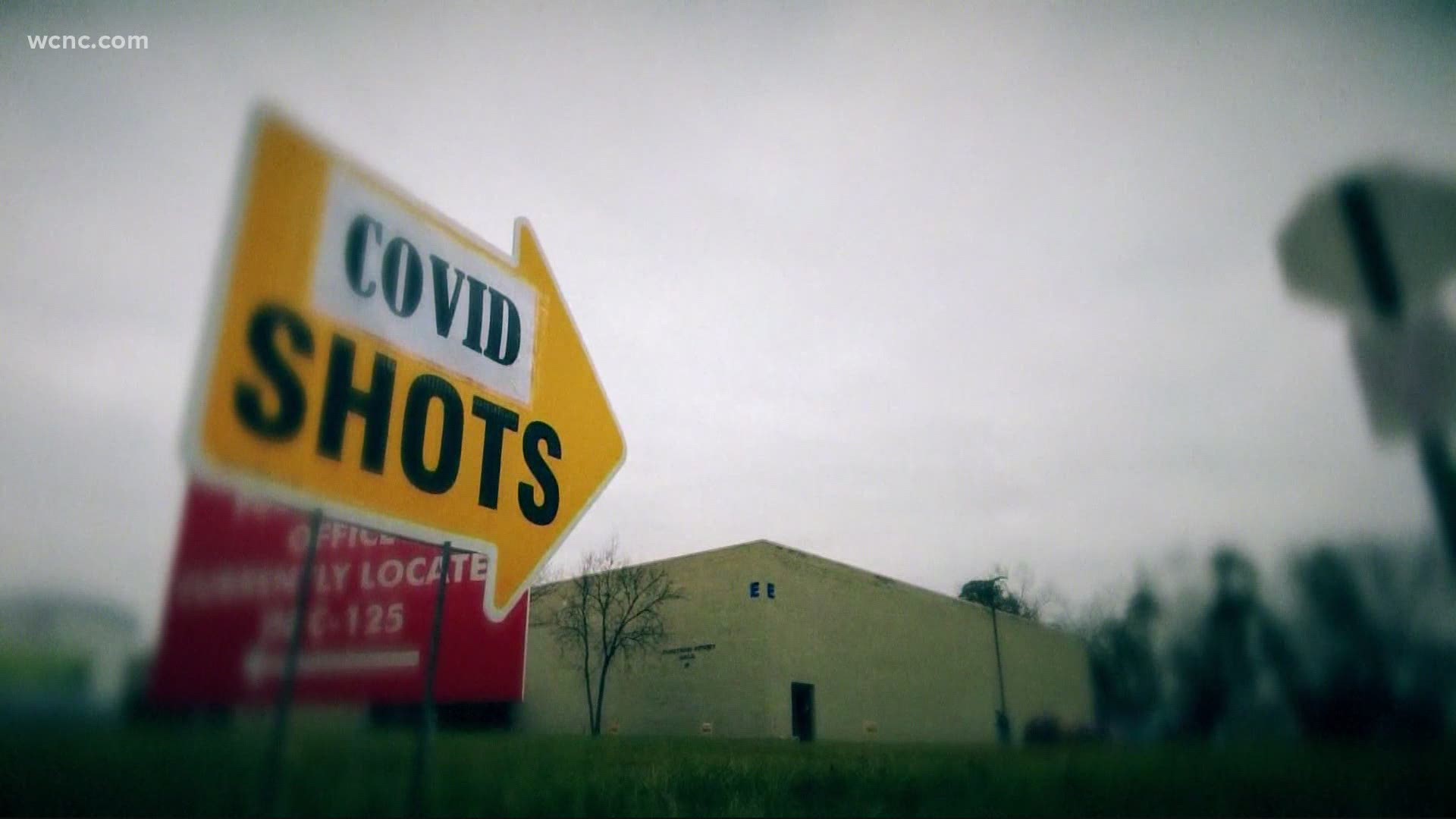 YORK COUNTY, S.C. — According to the CDC, South Carolina has received the least amount of vaccine per capita out of all 50 states.

On Friday, Governor Henry McMaster held an impromptu press conference and voiced concern that the vaccine rollout has been too slow.

"It's not moving fast enough,” he said. “We’ve got to get the vaccination into arms, and what we’re telling those that have been authorized to give the vaccinations is give as many as you can as fast as you can, don’t hold back.”

On Wednesday, South Carolina health officials announced they would vaccinate people 70 and older but many people struggling to get an appointment.

The state only gets so much vaccine to distribute each week. Officials say in South Carolina, it's consistently been about 63,000 doses each week. And while they're expanding appointments to anyone 70 or older, they're not expecting a larger supply from the federal government.

Demand for the vaccine in the Palmetto State is starting to pick up now that people 70 and older can get an appointment but getting one is proving to be a problem.

The entire process frustrating Sjostrom and her husband.

“We use computers a lot and I imagine there’s a lot of seniors who wouldn't have known what to do,” she said.

Friday morning, they tried again and were able to schedule first and second doses, and they got earlier appointments in February. Getting vaccinated is important to them, they want to be protected so they can see go visit her mom in Ohio.

Getting an appointment is an issue a lot of people are finding in South Carolina because vaccine supplies are low.

“We have 100% of our doses we've received either already in people's arms or scheduled to in the near future go into people's arms,” said Dr. Brannon Traxler, the interim Public Health Director for DHEC.

The CDC is now recommending people 65 and older get vaccinated, but South Carolina isn't moving to expand prioritizations until supply goes up.

“The communications that we've received from the federal government indicate that we should continue to expect approximately what we're expecting now, at least for the foreseeable future,” said Dr. Traxler.

To manage expectations, Traxler said people should expect to move into the next group of vaccinations in a couple of months.