Katy Robertson said after she received the vaccine, she was able to pass the antibodies onto her 10-month-old son through breast milk. 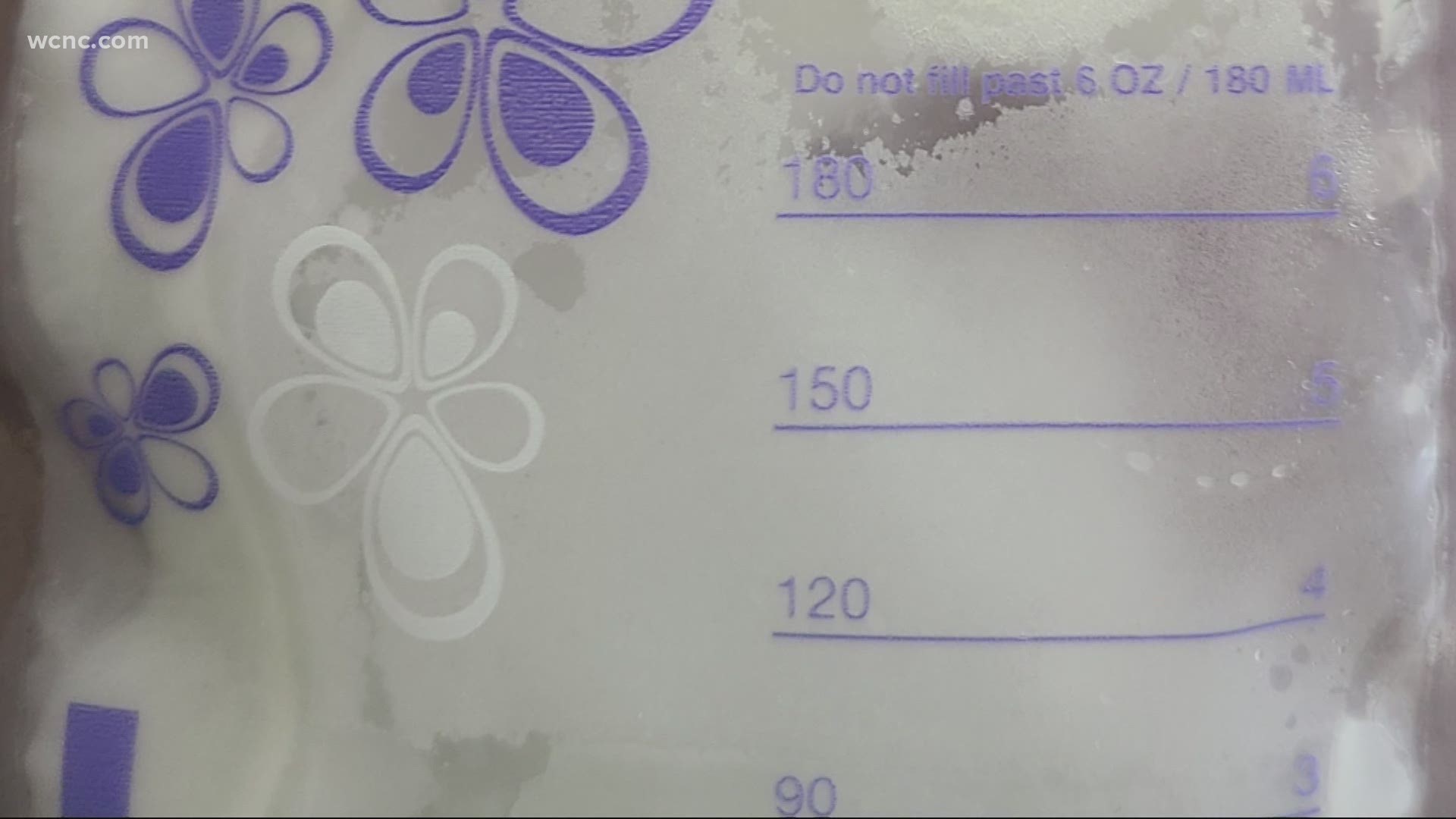 CHARLOTTE, N.C. — A North Carolina mom made an exciting discovery about the COVID-19 vaccine.

Katy Robertson said after she received the vaccine, she was able to pass the antibodies onto her 10 month-old son through breast milk. Medical experts said it was already known that moms who are naturally infected can give antibodies through breast milk, and now this case demonstrates vaccines can do that too.

Now WCNC Charlotte is taking a deeper look at whether the COVID-19 vaccine is safe for moms who are breastfeeding.

To answer that question, WCNC Charlotte turned to several experts including Dr. David Priest with Novant Health, Dr. Arin Piramzadian with StarMed, the American College of Obstetricians and Gynecologists, and Katy Robertson who is a nurse practitioner with a uniquely personal experience.

RELATED: Teachers in North Carolina can get their COVID-19 vaccine Wednesday

As a nurse practitioner and a new mom, Katy Robertson did her research, but she couldn’t find the exact answer.

“There’s not many studies on breastfeeding moms,” said Robertson. “I was hesitant at first actually to get the vaccine because I was breastfeeding.”

However, after consulting with her doctors she decided to take a shot, literally.

“We went with it, and said we would do the vaccines, and we would follow antibodies on the baby to see if it was crossing over in the milk,” Robertson said.

EXCLUSIVE: Katy Robertson says after she received her 2nd #COVIDVaccine she was able to pass along #antibodies to her 10 month old Jameson through breast milk. She said testing showed he didn’t have protection after her 1st shot, but he did 12 days after her 2nd shot. @wcnc pic.twitter.com/Dv9R5HJSmF

“It’s not super strong, but there are antibodies present from him receiving the antibodies from my breast milk,” Robertson said. “I was very excited and very happy to see it is crossing through and hopefully to be able to educate other mothers who were scared to do it.”

According to the American College of Obstetricians and Gynecologists, “theoretical concerns regarding the safety of vaccinating lactating individuals do not outweigh the potential benefits of receiving the vaccine”.

“There’s not really a scientifically plausible way that that would be harmful to a child, it would only be beneficial as mom passes antibodies for all sorts of pathogens onto an infant,” Dr. David Priest, an infectious disease specialist for Novant Health said.

“We know when people actually get sick they can pass their antibodies onto the babies and protect the babies from breast milk, now that we are seeing it with the vaccinations, it’s even more amazing,” Dr. Arin Piramzadian, chief medical officer for StarMed said.

Robertson said her son has had no issues since she received the vaccine.

She’s hoping she passed along some level of protection to him against the deadly virus.

“Should he come in contact with somebody or I bring it home from work, he’s going to have some antibodies already in his body so he should be able to fight it better and not get as sick,” Robertson said.

Robertson said since she and her husband have been vaccinated, everyone in her family should have some level of protection against COVID-19, except her 6-year-old son who is not eligible for the vaccine.

Have a relative or friend in another state and want to know when they can get vaccinated? Visit NBC News' Plan Your Vaccine site to find out about each state's vaccine rollout plan.