Because it's a different kind of vaccine, fetal cell lines play a different role in the production of the newly authorized vaccine 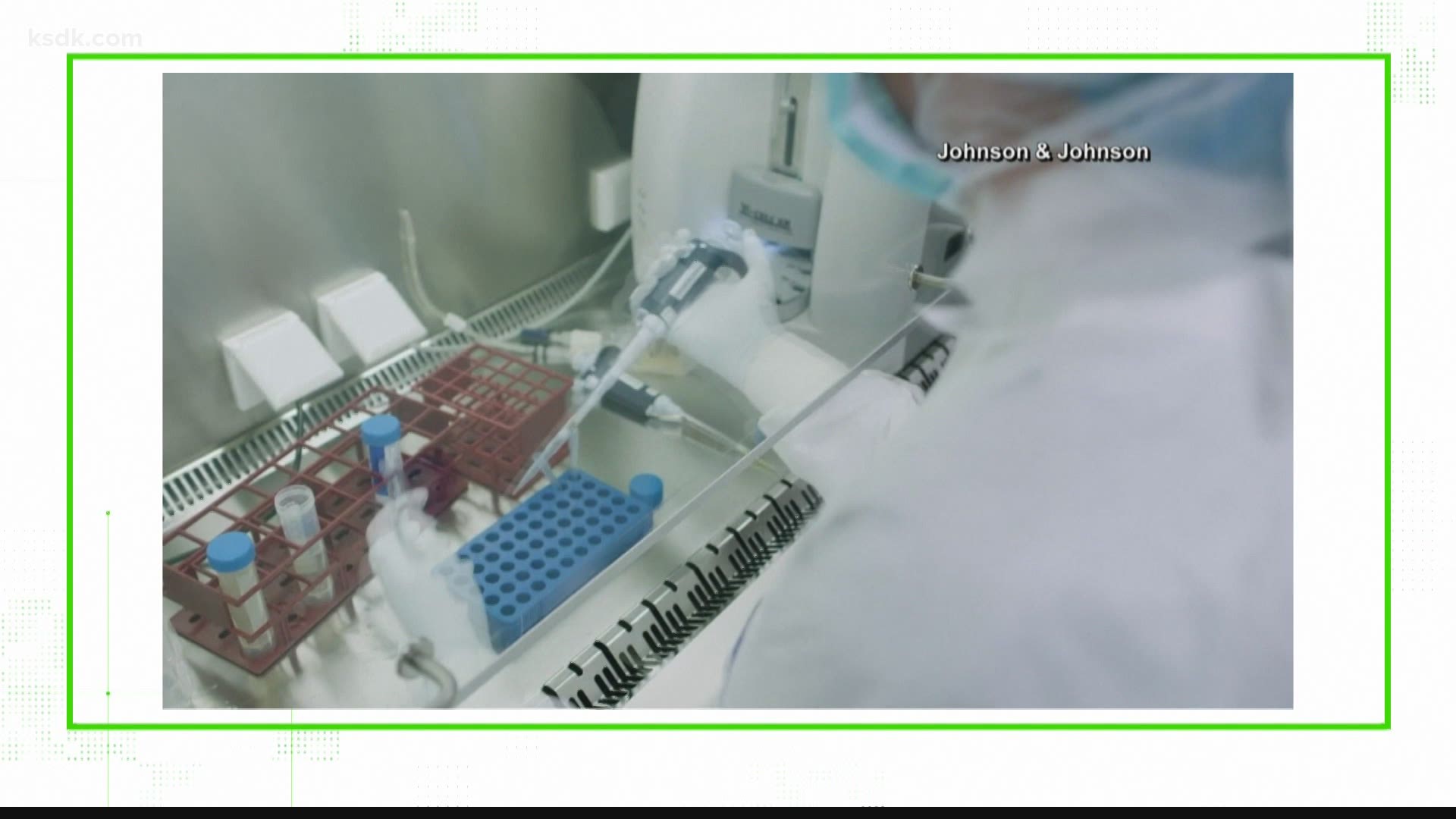 ST. LOUIS — Dozens of 5 On Your Side viewers have asked the Verify team about fetal cell lines in the COVID-19 vaccines. With the recent approval of the Johnson & Johnson vaccine, there's a new twist to how those cells contributed to the latest tool in the fight against the pandemic.

Our sources include two experts from Johns Hopkins University: Dr. Amesh Adalja from the School of Public Health, and Dr. William Moss, executive director of the International Vaccine Access Center.

Fetal cell lines have a long history. For the lines involved in the COVID-19 vaccines, they started with two aborted fetuses in 1973 and 1985. A researcher in the Netherlands obtained these cells, Moss tells the Verify team. Today, researchers are unsure of the circumstances surrounding the abortions.

Since then, the original fetal cells have multiplied millions of times, creating fetal cell lines.

"Although their origin was in an aborted fetus, they're really just this independent cell that's been grown in a laboratory for decades," said Moss.

Scientists use fetal cell lines because they replicate rapidly outside the human body. For the Moderna and Pfizer vaccines, the cell lines allowed researchers to test the mRNA-based vaccines and prove that they worked.

The Johnson and Johnson vaccine works differently than the two vaccines that have been widely distributed in the US so far. For the Moderna and Pfizer vaccines, genetic material that codes for the SARS-CoV-2 spike protein is delivered in a lipid nanoparticle.

That antibody response is what prepares the immune system to react if it ever encounters SARS-CoV-2, lowering the likelihood that the virus will result in a COVID-19 infection.

"Once the virus particles are made from those cells, there are processes of filtration to try and purify what's going to be in the vial, so it's unlikely that there are going to be any cell remnants that passed through that filtering process, that purification process," said Adalja.

So we can Verify: Fetal cell lines were used to manufacture and develop the Johnson and Johnson COVID-19 vaccine.

For some faith communities, the origin of cells used in medicine is a significant moral issue. The Vatican Congregation for the Doctrine of the Faith released a note on COVID-19 vaccines in December, saying, "When ethically irreproachable Covid-19 vaccines are not available...it is morally acceptable to receive Covid-19 vaccines that have used cell lines from aborted fetuses in their research and production process."

On March 2, the Archdiocese of St. Louis issued a statement on the Johnson and Johnson vaccine, saying:

Much like the AstraZeneca vaccine, a cell line derived from an aborted child seems to have been used in the development and production of the Johnson & Johnson vaccine, making it morally compromised. In regards to the AstraZeneca vaccine, Archbishop Joseph Naumann, Chairman of the United States Conference of Catholic Bishops’ Committee on Pro-Life Activities says the “vaccine should be avoided if there are alternatives (like Pfizer or Moderna) available.”  This applies to the Johnson & Johnson vaccine as well.

As some Catholics may face a situation in which they are only offered the choice of the Johnson & Johnson inoculation, this should not prevent Catholics from getting vaccinated. As the bishops of Missouri have previously stated, Catholics may in good conscience utilize vaccines, even those derived in an unethical manner, in order to protect themselves, as well as to avoid the serious risk to vulnerable persons and to society as a whole resulting from remaining unvaccinated.

RELATED: Archdiocese of St. Louis says J&J vaccine 'should be avoided if alternatives are available'

If you have something you want verified, send an email to verify@ksdk.com.