As testing increases, so do the number of confirmed cases but a Yadkin County woman has been waiting more than a week for her results. 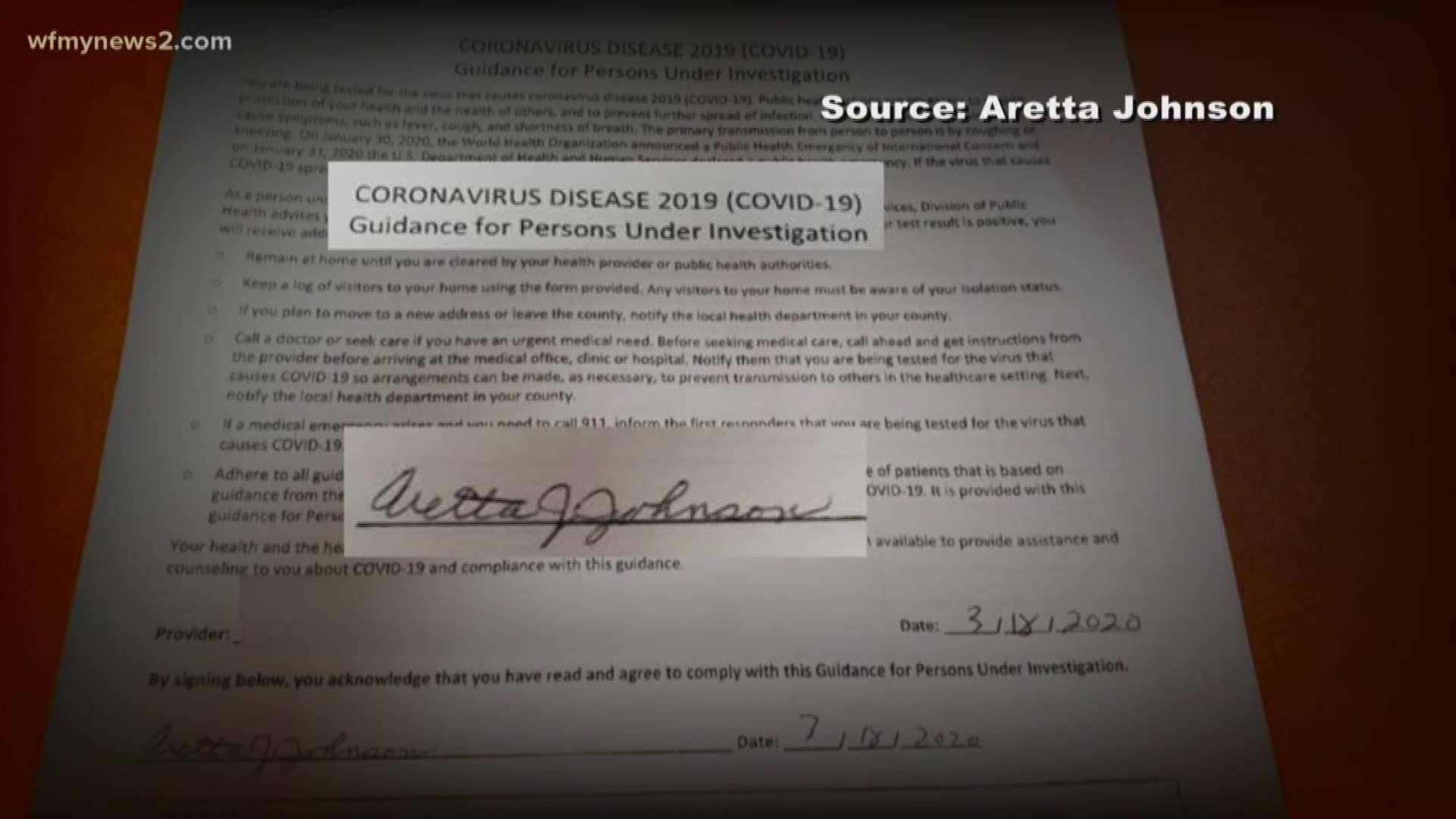 YADKINVILLE, N.C. — Nearly 13,000 coronavirus tests have been completed in our state but some people--tested days ago--are still waiting on their results.

"Every time I ask them about it, it's like, they change their story, like the LabCorp's backed up, so many thousands of tests," said Aretta Johnson, who's been calling her doctor's office in Yadkinville periodically since she was tested.

"It's very frustrating you know? and if it does come back positive am I stuck 14 more days inside? I'd like to see my mom, you know she's 82 years old but I'm not going around her if I'm sick," said Johnson.

She and her husband have been isolating in their home since she had her test done on March 18th.

The symptoms that led her doctor to recommend getting the test--a fever and a cough--have gotten better.

Johnson said her doctor initially told her the results would be back within a couple of days.

Cone Health's wait time went from four days to now between seven and 10. The hospital had tested 688 people as of Tuesday.

A Wake Forest Baptist Health spokesperson did not have numbers on how many tests the hospital has done but said it's also taking them several days to get results back.

Johnson said she still thinks people should get tested for the virus if they have symptoms.