'You can't put a price on this': The cost of childhood cancer

Close to 15,000 kids will be diagnosed with cancer this year. Still, only about 7% of federal funding goes to pediatric cancer. 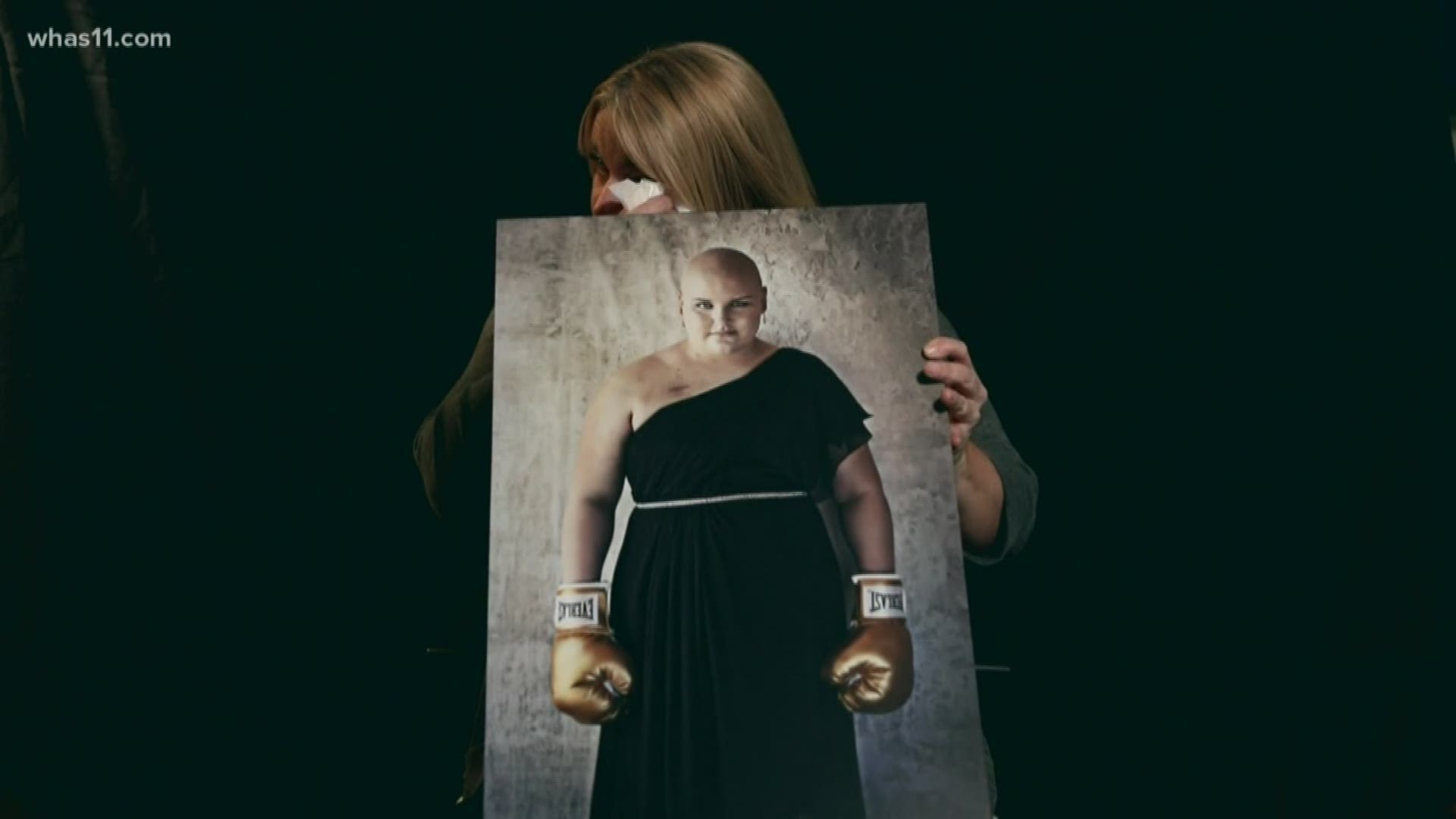 LOUISVILLE, Ky. — Cancer is the number one cause of death by disease among children. Each year, more than 15,000 children will find out they have cancer before their 20th birthday. Still, only a small fraction of federal funding goes toward pediatric cancer research.

"You can't put a price on this. My child was priceless."

Bree Brown was diagnosed with Ewing sarcoma, a rare type of cancer that occurs in bones or in the soft tissue around bones, right before her 13th birthday.

"She was incredible, she was fierce and beautiful and strong," her mother Jenni Brown said. "She wanted to become a music therapist to help other kids who were going through the same things she had."

Brown’s disease was metastatic when she was diagnosed, but her mother said they never gave up hope—fighting until the end.

“[It’s] heart-wrenching,” her mom said. “It's extremely difficult to watch your child go through something and try to encourage them to remain strong and be positive.”

Brown passed away on June 13, 2018 at the age of 15. Her mom will not get to see her graduate high school, go to college, get married or have children.

Despite this, Jenni Brown continues to keep her daughter's legacy alive through the 501c3 Bree's Blessings. Brown fights for more resources and funding so other families do not have to go through what they have gone through.

“I advocate a lot…but it's not going to do me any good,” Brown said. “It's not going to bring my daughter back, but my hope is that funding will continue to increase, and other families will have more promising futures.”

Bree's Blessings
Hey everyone! Please help us get the word out! Like and share this p... ost (publicly) and then comment done. You will be entered to win a $25 gift card! Easy peasy! Winner will be announced December 7th. Go....

"She was my only child. She was everything to me."

Mark Scanlon does not like to talk in public, but he said he made a promise to himself earlier this year that he would speak up whenever it could benefit children like his daughter, Shelby.

Shelby was diagnosed with T-cell Acute Lymphoblastic Leukemia on April 20, 2018, followed by a series of other cancer diagnoses.

"An excellent student, really the kind of person who just lit up a room," Scanlon said. "She wanted to be a child oncology nurse—who knows how many lives she was going to help for the next 60 to 70 years."

Cancer by the numbers

Close to 2,000 children will lose their fight with cancer every year—but there is good news. More than 80% of children with cancer are surviving with the help of clinical trials and advancements in immunotherapy.

"What science is doing today, we couldn't even imagine 7 to 10 years ago," Ashok Raj, a pediatric hematology-oncology physician at Norton Children's Hospital said.

But the advancements come with a cost.

Last year, the amount of federal money spent on pediatric cancer research totaled $413 million, a fraction of the $5.9 billion spent by the National Cancer Institute. The rest went toward adult cancer and laboratory research, which can also have great impacts on kids.

The NCI says its “goal is to fund the best science with the greatest potential to reduce the burden of cancer. NCI does not prospectively set funding targets or set aside funds for projects and programs in specific research categories or disease targets. To make research funding decisions, NCI relies heavily on scientific peer review in which highly trained external scientists review research proposals and judge them on factors such as scientific merit, potential impact, and likelihood of success."

"I think we need to take a step back because we look at pediatric cancer as one entity. It's not. It's a hundred diseases," Joseph Flynn, the physician chief of Norton Cancer Institute said.

There are 115 different types of childhood cancers. While some, like Leukemia, are seeing improvements due to research, others have not seen changes in protocol in decades.

“My son, David, was diagnosed with DIPG—terminal brain cancer,” Elizabeth Taylor Turner said. “The standard protocol hasn’t changed in over 57 years. We are 17 months into a disease that has a median survival of 6-9 months.”

Turner said her son’s cancer is rare with minimal funding, and incidence rates are a big part of where federal funding goes.

The thousands of pediatric cancer cases are considered rare compared to the 1.7 million new adults battling cancer every year, with breast, lung and prostate cancer at the top of the list. Those cancers typically see the most funding in research. Children make up less than one percent of the overall total.

"Statistically it is rare"

While specific pediatric cancers may be rare when compared to breast or lung cancer, when it affects you and your family, Emily Fox said "it feels like it is the biggest monster."

Fox found out her 3-year-old son Boone had cancer on Mother's Day weekend in 2019. He now plays with his toys on the seventh floor of Norton Children's Hospital—a small distraction from nearly six months of intense chemo treatments for Acute Myeloid Leukemia.

While he's responding well now, Fox said they are one step away from relapse.

She said she tries to keep it positive, but knows more research is needed for kids like her son.

"I would like to see my son not have to be treated with drugs that are decades-old,” Fox said. “I love for there to be new research, new protocols and new drugs.”

She, like so many pediatric cancer families argue the numbers of cases can't be the main factor in how funding is distributed—you need to look at the number of years lost to cancer, too.

There are 70 potential life years lost on average when a child dies of cancer compared to about 15 for adults.

"It's very personal for people and it should be."

"Bentley is my 5-year-old little boy," Candice Fulk said. "He said he wants to be a firefighter and construction workers. He said he'll fight the fires and rebuild the houses for the people who had their houses burn down."

With an entire life ahead of him, Bently was diagnosed with cancer in July 2017. Similarly, 16-year-old Matthew Walker has dreams of being a welder or professional paintballer. Right now, he’s focused on overcoming cancer.

Walker has had two bone marrow transplants and $4 million in medical bills. He currently benefits from research that was not available to him just one year ago.

"Research is paramount," his father Dion Walker Sr. said. “Even the best treatment we have now is not enough, and research is driving the survival rates.”

Beyond the money spent by the National Cancer Institute, local hospitals are stepping up to help fill the funding gap. Locally, $9.9 million is provided for pediatric cancer research via grants from the Children' Hospital Foundation and University of Louisville. Raj said local research has focused on Leukemia, neuroblastoma and brain cancer. 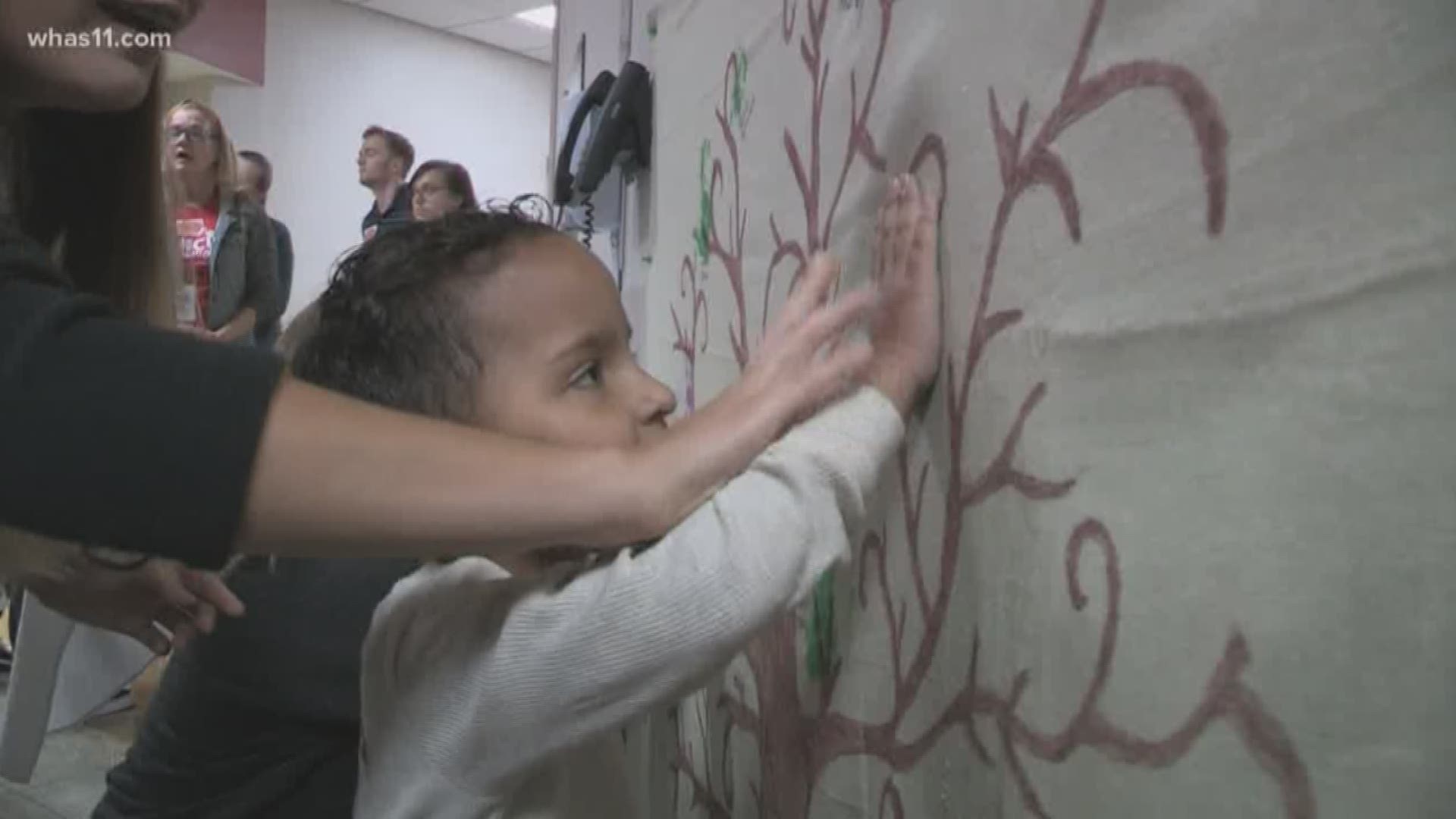 RELATED: Children reunite with UofL NICU nurses who cared for them