A local breast surgeon hopes women don't wait to get their yearly mammograms. She said it's important to be on the lookout for cancer, even during a pandemic. 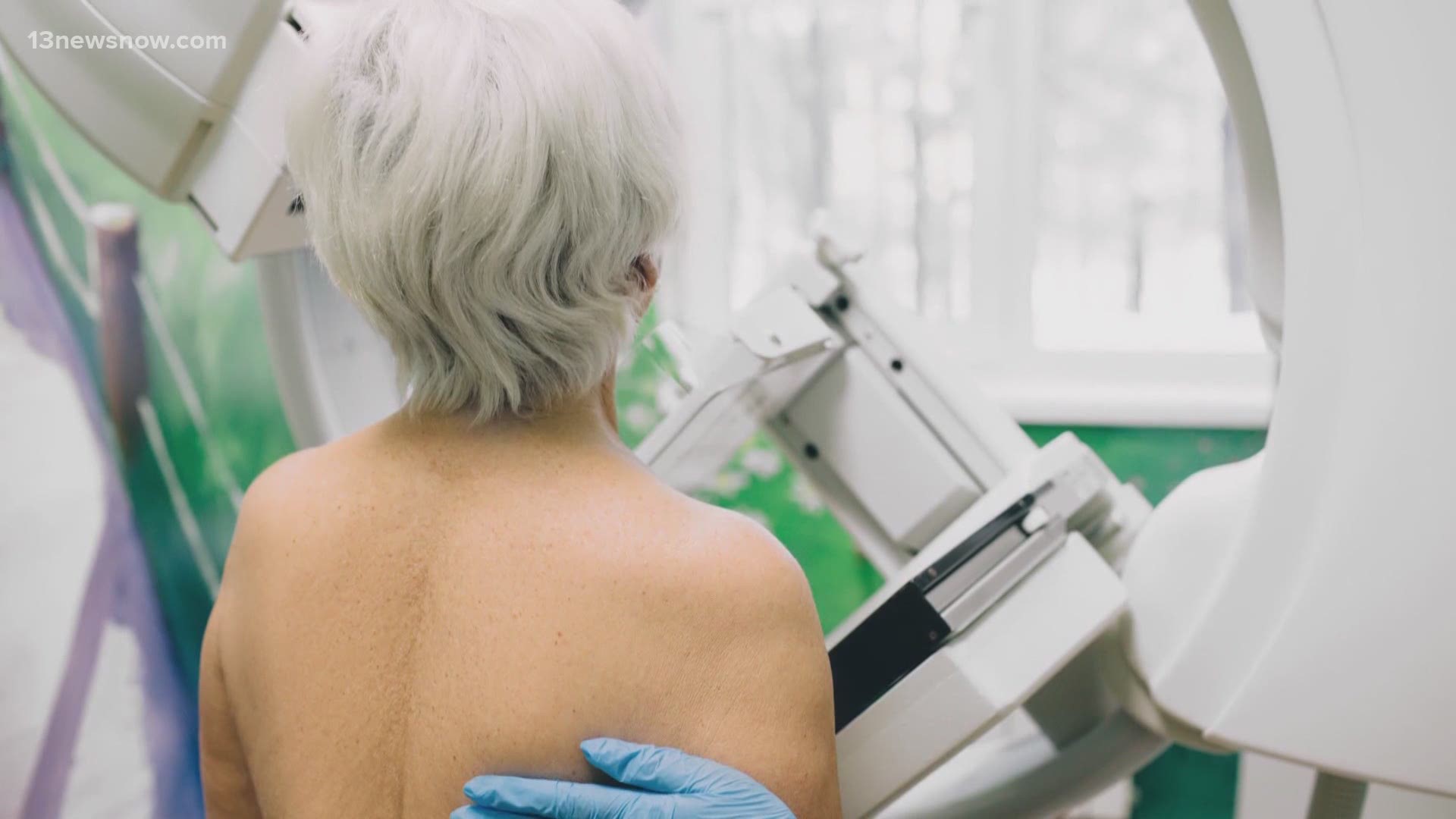 NORFOLK, Va. — When the COVID-19 pandemic hit, it stopped normal life. Many people’s doctors’ appointments were canceled for safety concerns, including appointments for lifesaving cancer screenings.

With restrictions lifting, though, a breast surgeon with Bon Secours said it's important to get back on the "cancer screening" ball.

“No one particularly wants to get a mammogram, definitely no one wants a colonoscopy, but these are important tests,” Dr. Stephanie Repole explained.

Repole said many routine tests, including mammograms, were canceled during the pandemic. There's a concern that people who are still worried about the spread of the virus won’t reschedule their appointments.

“I’ve seen a couple of women, unfortunately, who felt something in their breasts towards the beginning of this - and then they were scared to call or go to their doctor's office in March and April," she said. "I’m seeing them now, and instead of being diagnosed earlier, it’s a little bit later.”

Repole’s offices are reopened in Norfolk and Suffolk, and she said if you haven’t had your yearly mammogram, now is the time to go.

“We are cleaning the equipment very well in-between uses, and staggering appointments and making the time they schedule a mammogram to be longer, so it decreases the overlap of women in the waiting areas,” explained Repole.

Her biggest concern is that this pandemic could affect cancer rates down the line, if people wait to get screened.

Repole also said she’s seen an increase of women coming to her office with breast pain. She said it can be concerning to patients, because people think it is a sign of cancer.

Repole said everyone in the world is stressed right now, and she wanted people to know that mild breast pain is most likely nothing to worry about.

“Most often breast pain is related to stress, because our breasts are very hormone-sensitive and when we are stressed, we release a bunch of hormones,” Repole explained.

Even so - don't skip that mammogram.

RELATED: Ready to see your doctor but scared to go? Here are some guidelines

RELATED: EVMS Doctor: COVID-19 may stick around through the summer and spike again in the fall