3 Triad Gold's Gym locations will reopen on July 2. You must go online to reinstate your membership. 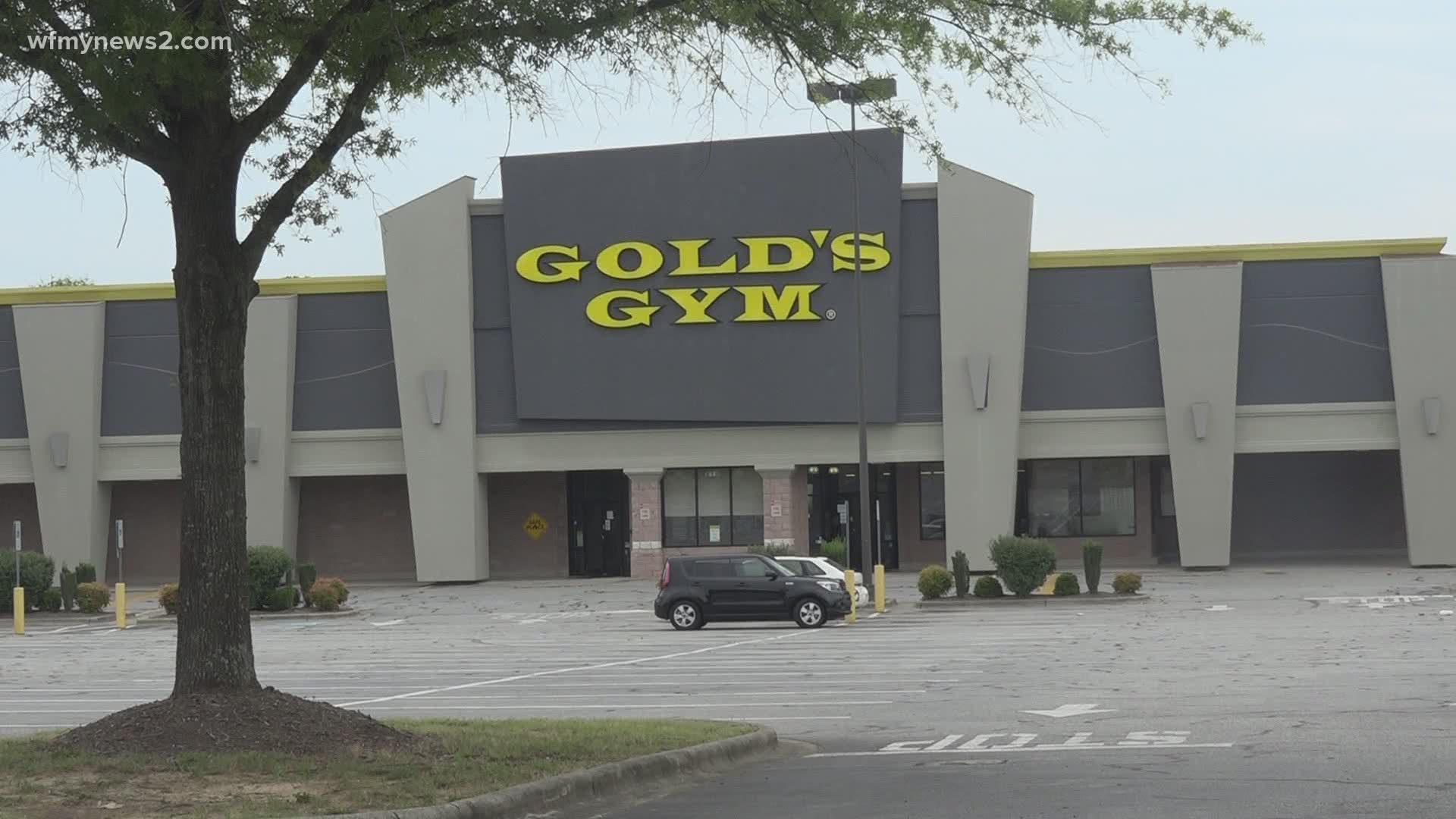 GREENSBORO, N.C. — Starting on Thursday fitness junkies will be able to get back in the gym.

Gold's Gym is re-opening six locations in North Carolina, including three in Guilford County after being closed due to coronavirus.

There are two Greensboro locations.

One at the Brassfield shopping center off Battleground Avenue, and another off Randleman Road.

There's also one in Jamestown off Wendover Avenue.

A letter from the deputy attorney general made the re-opening possible.

Governor Roy Cooper's phase 2 order has an exception that lets folks workout indoors if directed or prescribed by a medical professional.

For example, if a person needed to use equipment for physical therapy.

Golds Gym said they won't ask for medical documents out of respect for its member's privacy.

They'll open with shortened hours and set aside time during the day to close for cleaning and sanitation.

"When people do certain exercises, they tend to form more droplets than others," Waytt said. "They tend to strain and spray a little more droplets and some of them can be around for a long period of time."

The attorney general's office said they expect very few people to take advantage of the exception to the rule, making the risk to the public much lower, than if all gyms reopened statewide.

Membership dues will remain frozen for those who are not ready to return to the gym.

If you're looking to get back in the gym, reinstate your members on the Gold's gym website.

The company said they'll release more details on their re-opening plan this week.