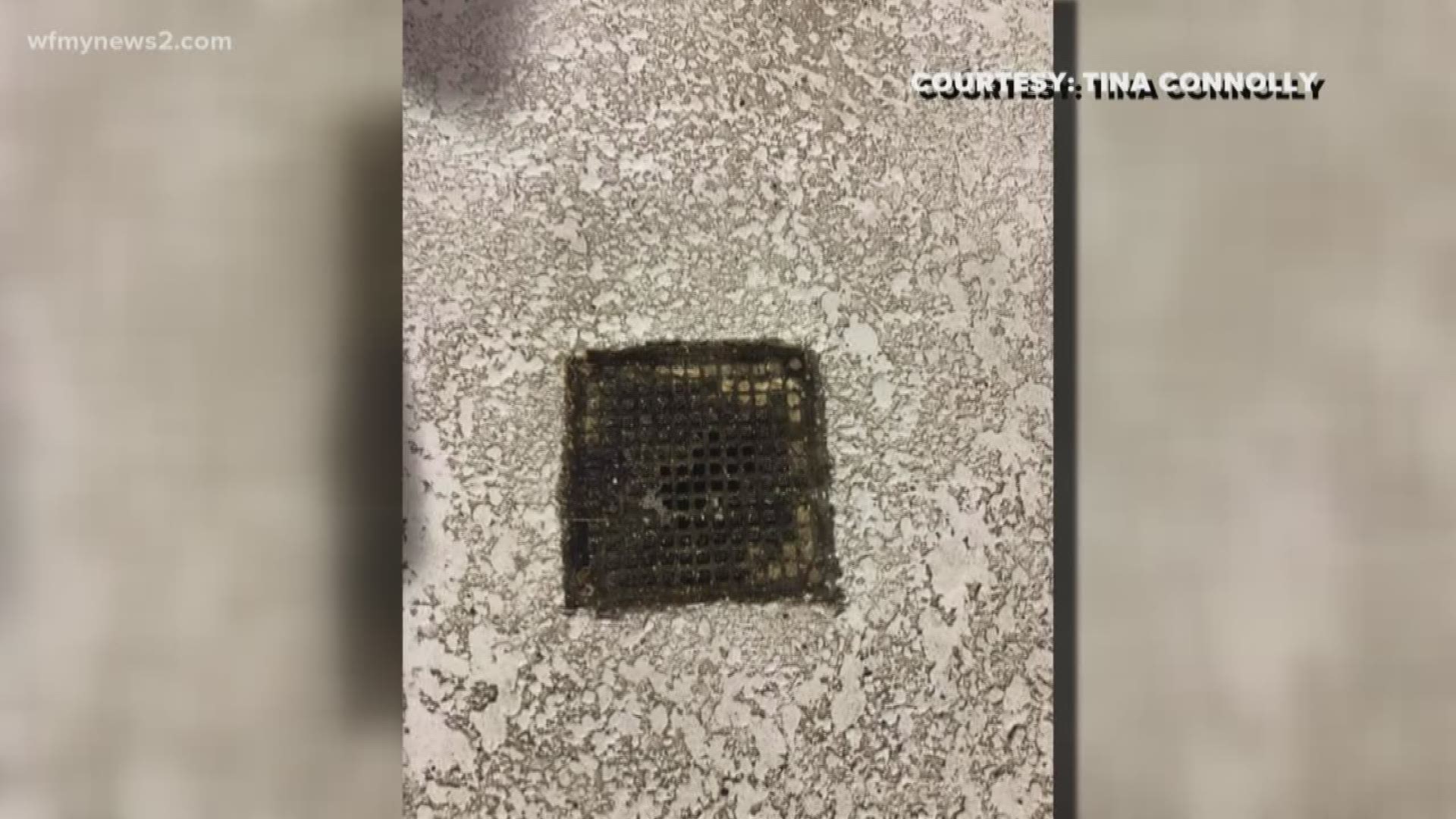 GUILFORD COUNTY, N.C. — Swim meets are nothing new for Tina Connolly's family as her daughter, Cami, has been swimming competitively since she was 5-years-old.

However, she said what she saw at Cami's first high school swim team practice Wednesday night was new and disgusting.

Her daughter is now a freshman at Western High School, but is one of seven teams that uses Smith High School's pool in Greensboro.

Tina said the floors are dirty, the drain clogs are nasty, and there's rust everywhere.

"It looks like a scary, dilapidated building you'd see on a ghost show," Connolly said.

She said other parents have told her to use alcohol drops in her daughter's ears to avoid infections. It's a concern that could lead to a sink or swim decision.

"It might get to that point to where I have to tell her that she can't swim, at least not for that team," Connolly said.

For now, she said she hopes making a big splash about her worries will get the district's attention and the pool cleaned.

“This is a frustrating situation for all involved, including district personnel. We are doing what we can to keep the pool running at Smith, but the repairs and renovations needed for such an outdated facility far outstrip our resources."

GCS also told WFMY they had replaced the deck around the pool and the surface of the pool in 2015.