Girls team up to write law for 'seizure-safe' schools

Jamie and Brie have a bill in the state capitol requiring Virginia teachers and staff to be trained on how to render aid if a child has a seizure. 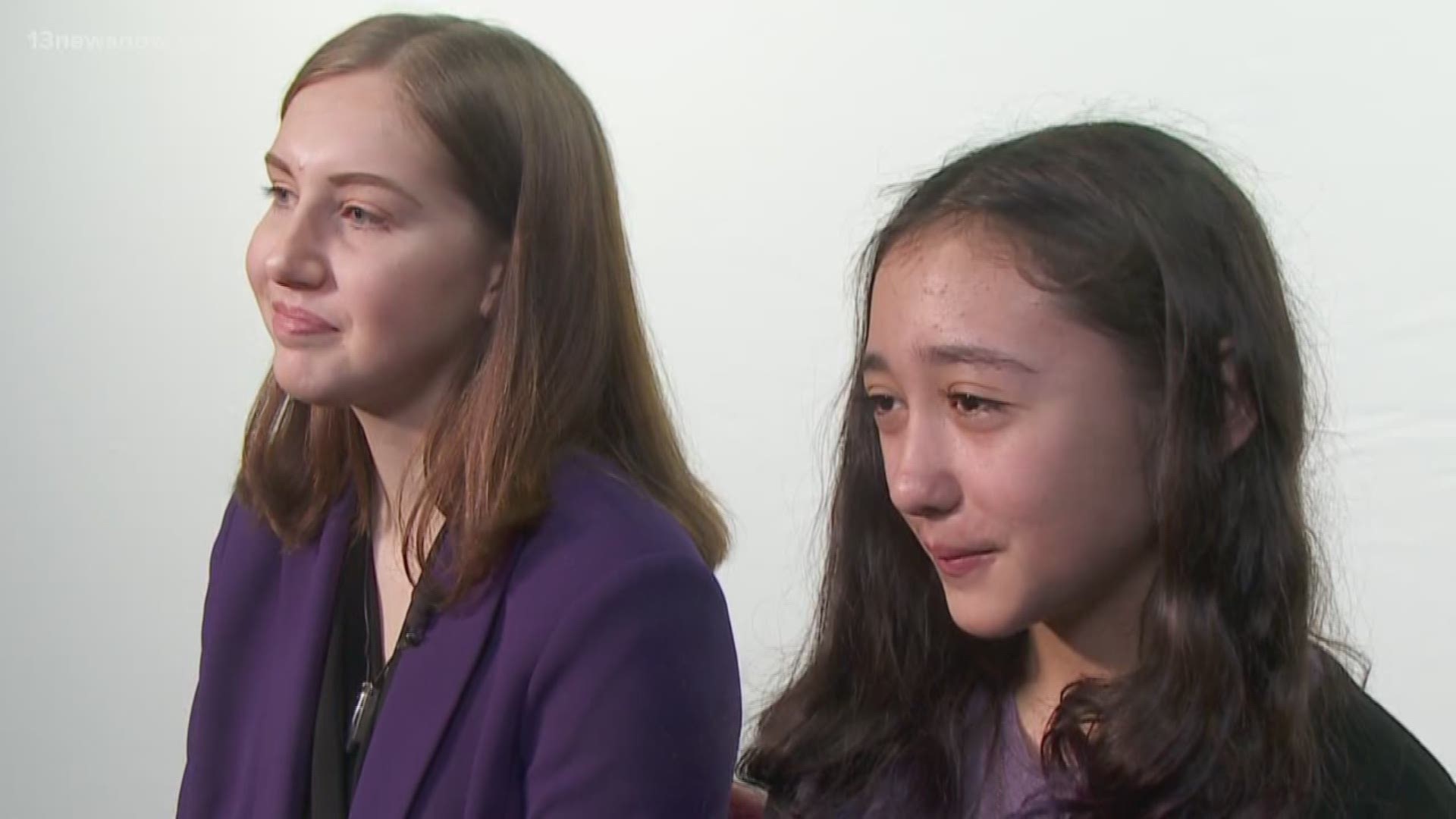 But 16-year-old Jamie Van Cleave and 12-year-old Brie Gesick want to break the stigma and make it safer for other children who have seizures.

“We constantly, like every day, we’re dealing with epilepsy and the stigma, the fears,” Jamie said. “It’s very dangerous because numerous people have died from seizures.”

Aside from their diagnosis, Jamie and Brie are just like other kids.

“You can’t tell in a kid if they have epilepsy. They look like everyone else,” Brie said.

But there is one thing they’re doing differently – writing a state law.

It would ensure teachers can recognize the signs of a seizure and know what to do.

“The law would enable teachers – well, all employees of the schools – to be trained on seizure first aid so they can respond to seizures in a safe way," Jamie said.

Brie added: “Some kids if you have epilepsy, they’ll be nervous because they won’t know when they have a seizure but if there’s something there that they know can help them, they’ll feel more relaxed and comfortable when they go to school.”

They attend different schools. And we’re working on separate legislation before they met each other and decided to team up.

The bill is still in its beginning stages, but Jamie and Brie say it can help save a life.

“We’re getting closer and closer to getting it passed,” Brie said.

Similar legislation has passed in five other states with bipartisan support.

“We’re trying to be next," Jamie said. "And we’d be the first state to have two children working towards it.”

They say the reaction has been positive and their own schools here in Hampton Roads have already asked how they can be more proactive.

No matter what happens, they say, they’re proud of the work they’ve done.

“You just think about it and you’re like wow I accomplished this," Brie said. "It’s crazy to think about that.”

Jaime and Brie have outlined their efforts on their Facebook page.

“When I first started out having epilepsy, you would have never known that it would amount to this and that we would both be doing this,” Jamie said.