Deputy Tunches passed away after battling COVID-19. His funeral is being held at Humble First Assembly of God Church. 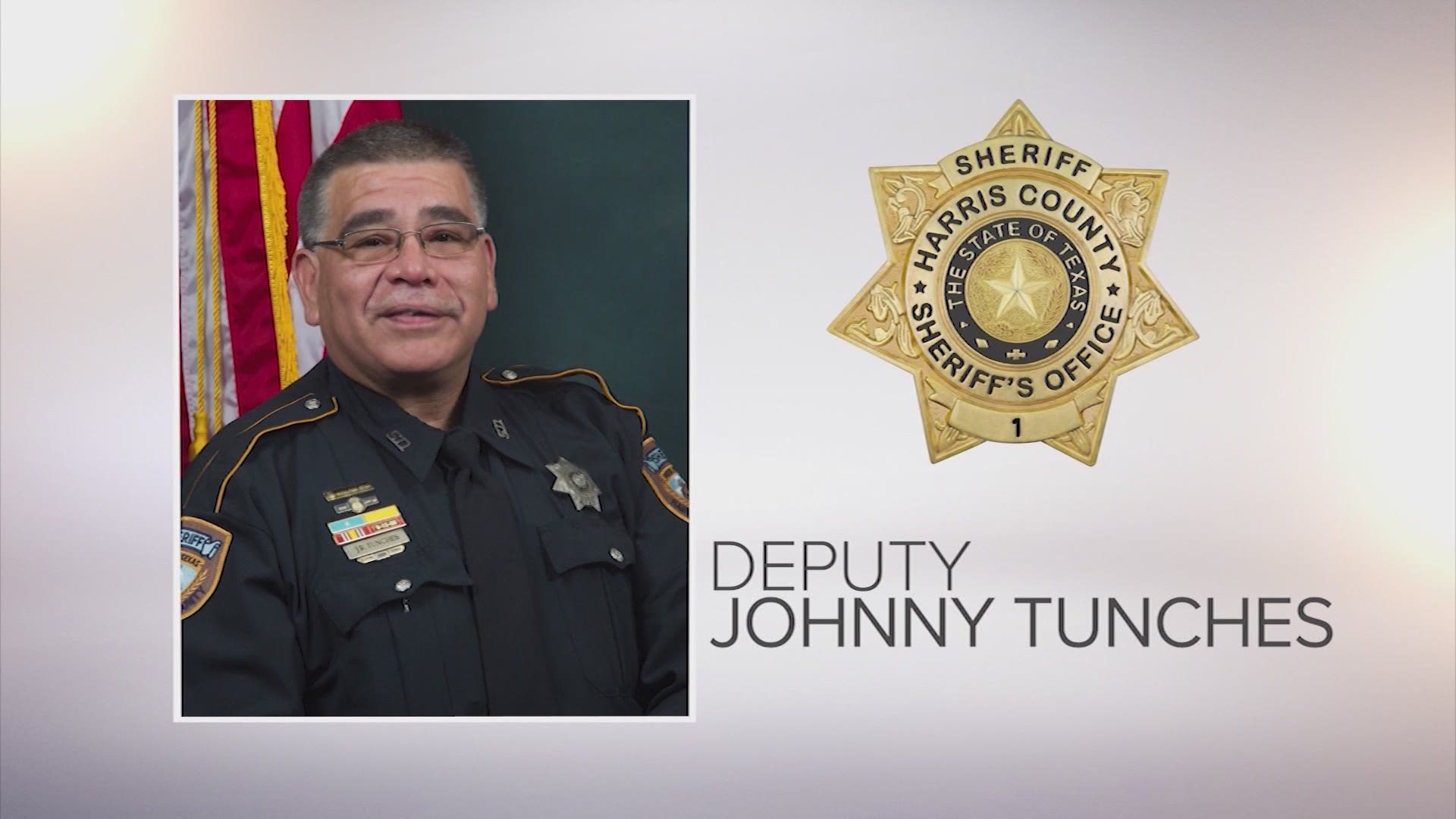 HOUSTON — The Harris County Sheriff's Office announced Tuesday that Deputy Johnny Tunches has died "after a courageous battle against COVID-19."

According to HCSO, the 29-year-veteran is the sheriff office's third deputy to die after contracting COVID-19. Sergeant Raymond Scholwinski died on May 6 and Deputy Juan Menchaca died on June 13.

Tunches, 56, was in the hospital for nearly a month. He began his service with HCSO in 1991 and worked at the Inmate Processing Center. More recently, he worked in District 2.

“Our Sheriff’s Office family mourns the death of Deputy John Tunches,” Sheriff Ed Gonzalez stated in a press release. “Deputy Tunches served the people of Harris County with distinction. We were proud to call him our partner, and our friend. He will be missed terribly, and our condolences go out to his family and all those whose lives he touched.”

Tunches is survived by his wife and his three daughters.

During the ceremony, Sheriff Ed Gonzalez will offer remarks.

Organizers said the service will be followed by a ceremony with full honors, including a U.S. and Texas Flag Folding and Presentation to Family, Rider-less Horse, Fly-over, 21-Gun Salute, and Taps.

It is with heavy hearts that we announce the passing of Deputy Johnny Tunches, 56, who died on Tuesday after a courageous battle against #COVID19.