The two agencies are facing what they are calling a critical challenge. It's concerning for both departments because every second counts during an emergency. 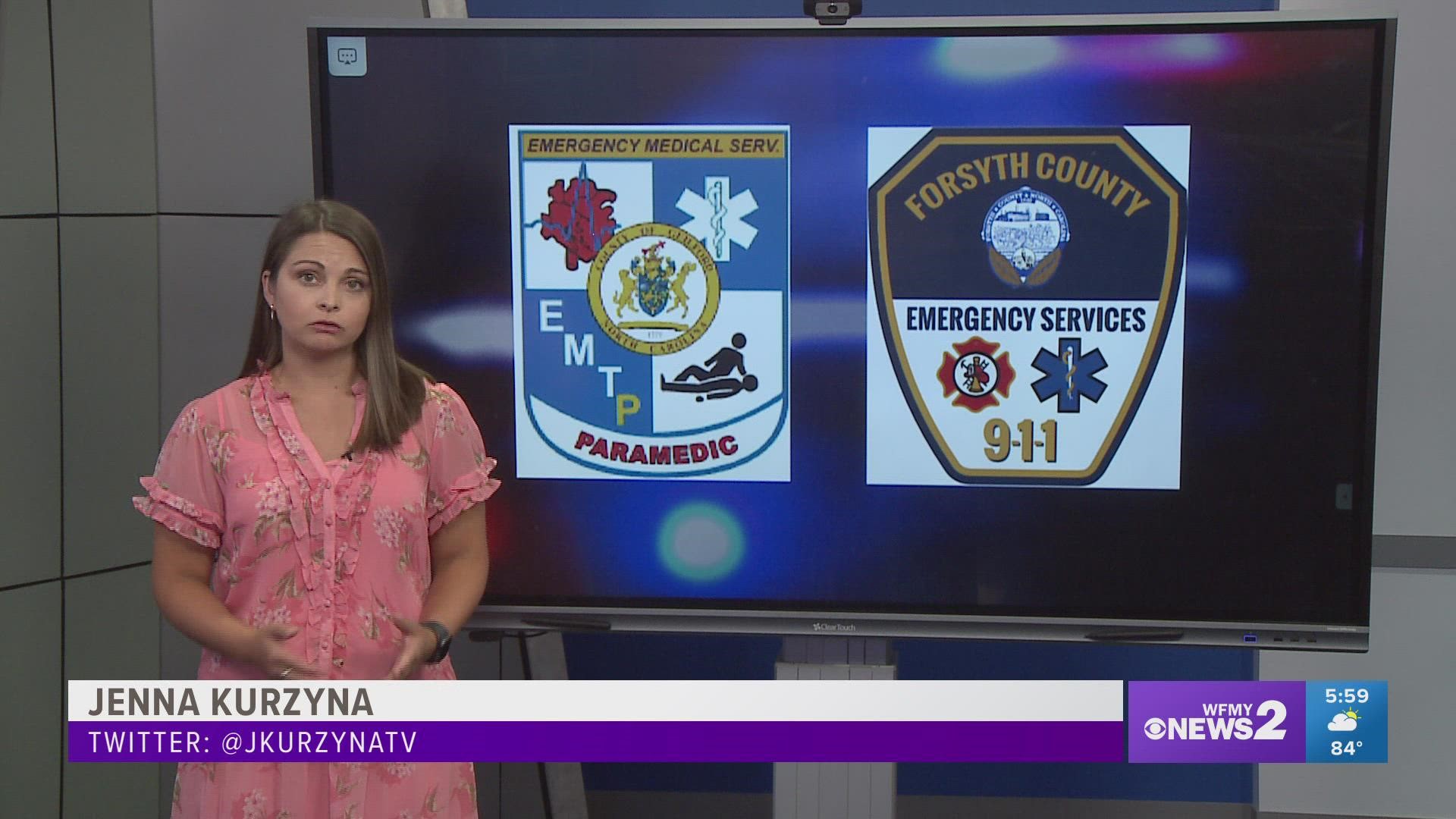 GUILFORD COUNTY, N.C. — Right now, the call volume for emergencies is rising in Guilford and Forsyth Counties, but the calls aren't always for emergencies.

The two agencies are facing what they are calling a critical challenge. It's concerning for both departments because every second counts during an emergency.

"There's not a day that goes by that at some point in that day, multiple times a day, that every unit we have is tied up," The Chief of Emergency Services for Forsyth County Daren Ziglar said. "Last month, which was August, we ran 4,472 calls. That was about 200 more for the month than we've ever run. That speaks volumes right there."

Call volumes are at levels emergency management services officials said are an all-time high. It's happening in both Guilford and Forsyth Counties.

Kyle Paschal is the deputy director for Emergency Services in Guilford County. Paschal said the bays where EMS vehicles park, seem to always be empty now.

"In July we had more than a 25% increase in our call volume," he said. "I've never in my career seen such a precipitous increase in call volume at one time."

Ziglar said they are getting calls for everything. He shared the biggest struggle is when they aren't actually for an emergency.

"There's a big misconception out there that if you call an ambulance that you're going to get in the hospital quicker, that is absolutely not true," he said. “The E in the emergency room and the E in emergency medical services is for emergencies."

Ziglar said they are working to try and solve staffing shortages, but said there is no short-term fix at the moment.

“It’s critical. We’re trying to work with our community college system, the community colleges surrounding us to work on their EMT programs, but that’s a down the road fix. The short-term fix is we have to have people that already have credentials that want to work, and we’re getting a lot of applications, we’re hiring a lot of people, but it takes time to get them oriented and get them in our system," he said.

Ziglar said he is also working with county management and commissioners to work together to find solutions. Right now, 911 call centers prioritize calls as they come in, but both agencies say they will always respond when needed.