NC Barbers Trained On How to Spot Signs of Mental Illness

"We deal with the public so personally. I mean it's an industry that requires that you're one-on-one with the people, so it was a natural fit with mental health," said Damian Johnson, co-owner of No Grease Barbershop School. 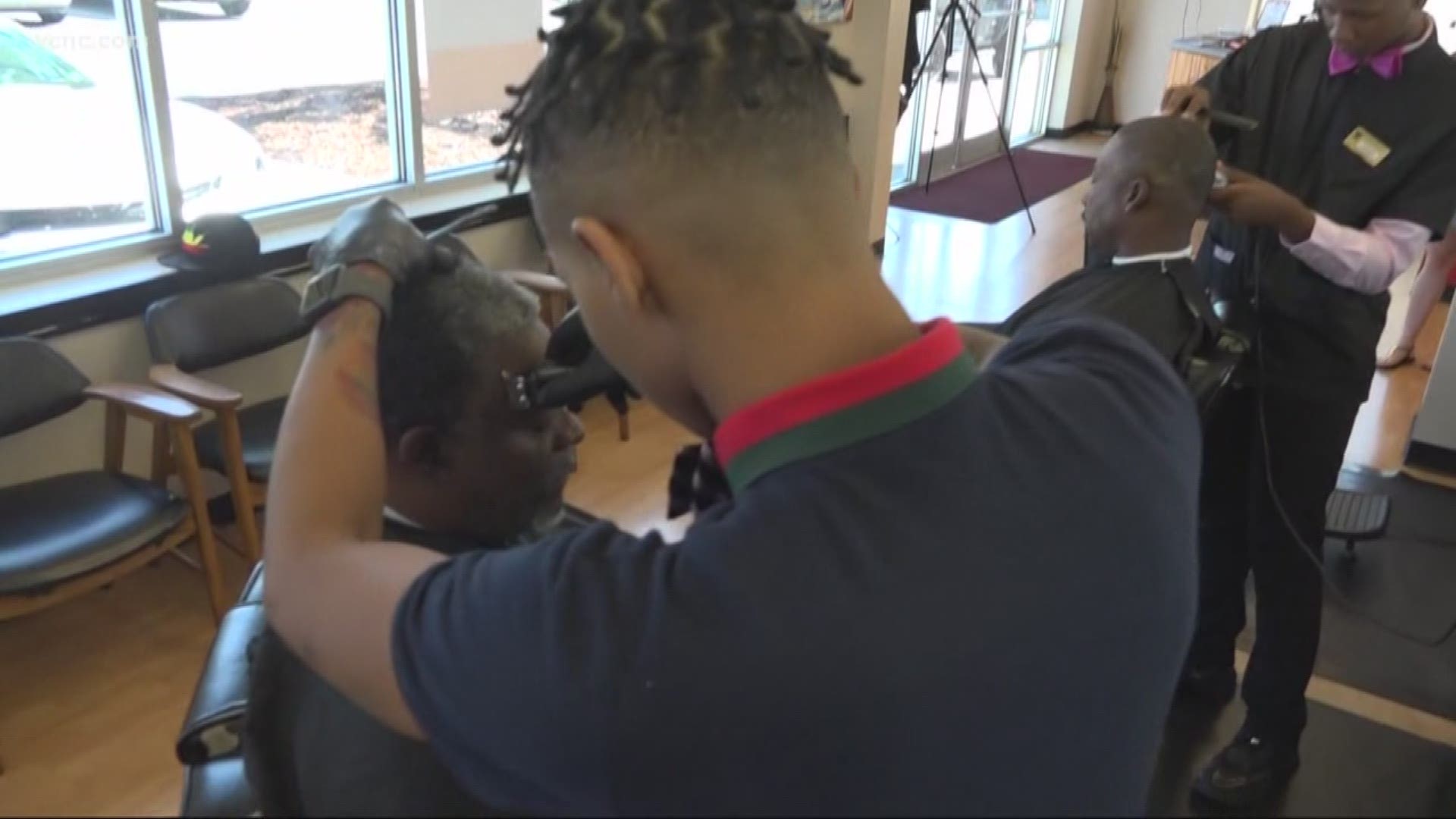 CHARLOTTE, N.C. -- The sudden death of fashion designer Kate Spade has shown us mental illness does not discriminate and many who suffer, hide it and suffer alone. So how can you spot someone in crisis?

There’s now a free training being offered by Atrium Health, called Mental Health First Aid (MHFA), which trains people on how to identify, understand and respond to signs of suicide, mental illness and substance use disorders.

This week, barbers at the No Grease Barber School on Wilkinson Boulevard in Charlotte underwent the eight-hour training.

“We deal with the public so personally. I mean it’s an industry that requires that you’re one-on-one with the people, so it was a natural fit with mental health,” said Damian Johnson, co-owner of No Grease Barbershop School.

When it comes to suicide, numbers show men are more than three times more likely to commit suicide. Men are also not as likely to divulge their feelings, making it harder for friends or family to know when they’re suffering. But when men sit in the barber chair, Johnson said they talk about everything.

“The family issues, work issues, girlfriend issues. We may know more about men than their wives know, and that’s in a very sincere respectful way to the women,” Johnson said.

Johnson said there isn’t anything he hasn’t heard as a barber over the last 25 years.

“I think we all have been somewhat unofficially certified to deal with people mentally, so this was a great opportunity to make it official,” he said.

According to Atrium’s website, the MHFA training is available to individuals and groups across the community, including employers, faith communities, public health and safety officials, veterans’ organizations, youth/adolescent groups and agencies, as well as Latino organizations. The program is available in Spanish as well as English.

Sheila Wright is an instructor.

“Barbers and hairstylists can be the gatekeeper for people who are going through mental health crisis,” said Wright.

The course teaches them how to spot the signs -- from depression to suicidal thoughts -- and then direct the person on how to get help. Now Johnson and his barbers not only know how to listen, but how to respond.

“To have that information that you need to direct them in the right place, that was golden for us,” he said.