A new mother from DC is lucky to be alive, but is learning to walk again after discovering a rare tumor in her spine. 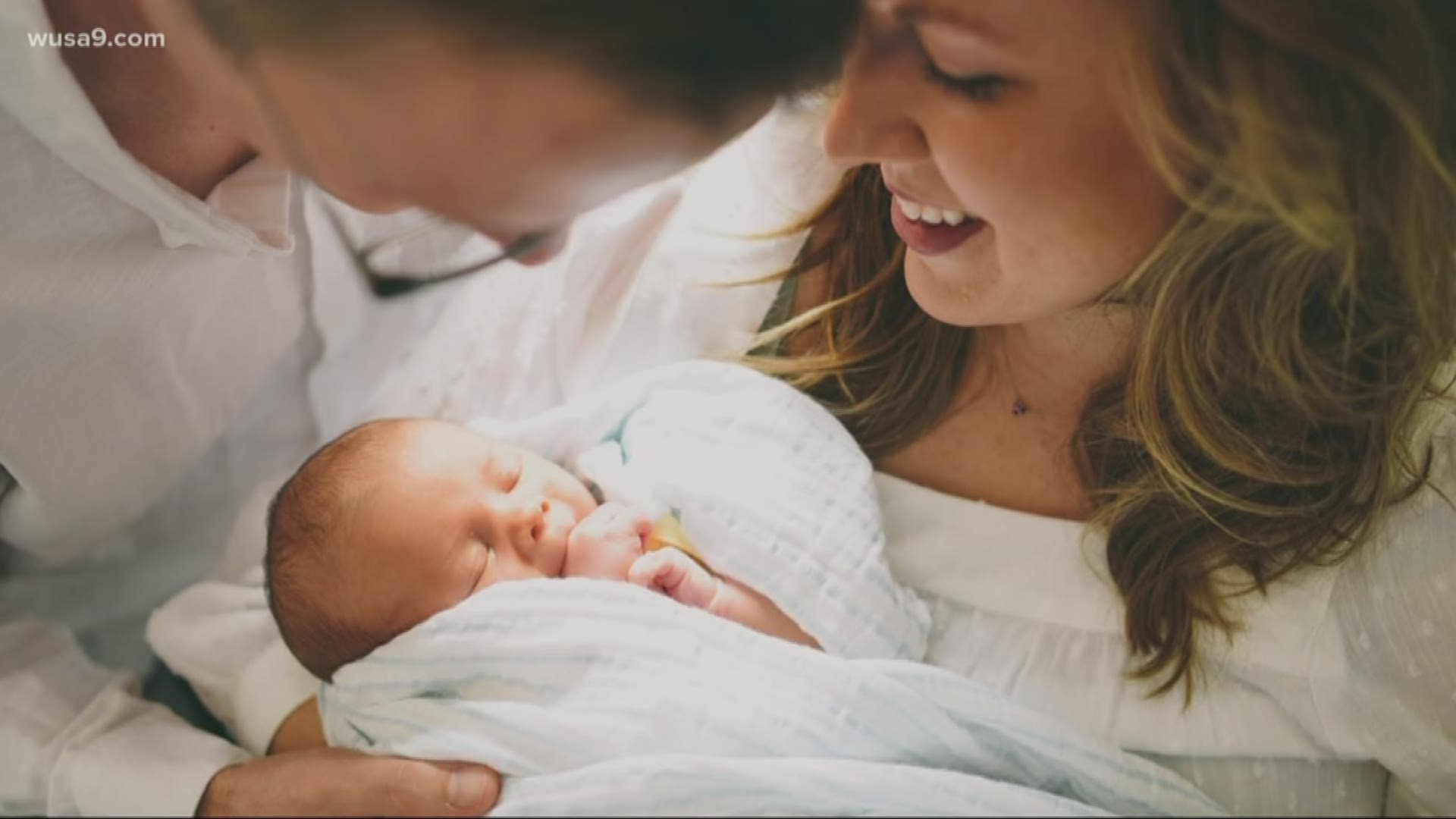 WASHINGTON — Rachel Barkley was looking after her newborn one Tuesday morning last June, when her right leg became suddenly paralyzed.

"My brain told my right leg to move, and not even my toes would wiggle," she said. "The right leg had gone completely dead."

Doctors thought Barkley might have MS. They performed several MRI tests and a CT scan, but the results came back showing nothing wrong.

Barkley’s mother insisted doctors try one more test: this time, on a part of her neck that had been hurting for a few years.

The couple got the bad news just a few days before Father’s Day. Barkley’s husband, Taylor Barkley, said it came as a shock.

"The best analogy I can think of is just a meteorite coming through your roof and obliterating the couch you’re sitting on," Rachel Barkley said.

RELATED: ‘I was lost’ | This DC man survived cancer and a stroke. Now he's using his story to give others hope #ForTheCulture

Doctors had discovered a three-inch tumor inside her spinal cord.

“I wasn’t sure if I was going to lose Rachel," Taylor Barkley said.
Or if she was going to be a quadriplegic for life."

It’s an extremely rare type of tumor: usually seen in middle aged men -- not a healthy young athlete like Rachel.

"We went from the highest high, holding Hudson hearing his first scream on his chest. To the lowest low," Rachel Barkley said.

Doctors performed a risky surgery, and were able to remove the entire tumor. Doctors were also then able to reassure the Barkley’s that the tumor wasn't cancerous.

Still, while recovering from the surgery in the ICU, Barkley had a second scare: she had developed blood clots, threw a pulmonary embolism and had to be revived by nurses.

Now she has metal rods in her back to support her spine.

Rachel Barkley is staying at Magee Rehabilitation Hospital, where she's working with their team of occupational and physiotherapists to adjust to her new reality. She's learning everything from how to tie her shoelaces to how to get in and out of her wheelchair.

Erin Trudell, Barkley’s Physiotherapist, said she has made incredible progress since she arrived.

Barkley’s goal is to learn how to walk again. Her doctors believe she may be able to move around eventually, with the help of a cane.

"The hardest part has definitely been, what it’s going to be like as a mom like this," Rachel Barkley said. "Before I had the baby, I decorated a beautiful nursery and I can’t get up to it on my second floor."

Barkley expects to be wrapping up rehab and heading home in the next few weeks.

The D.C. couple says they're extremely grateful for the outpouring of help they’ve received from friends and strangers. So far, a GoFund Me Campaign  to help the couple retrofit their house and pay medical expenses has reached $40,000 of its $67,000 goal.

RELATED: In Arlington Schools: Gender-neutral uniforms, plus bathrooms and pronouns, according to the student’s choosing