Small increase in flu activity in Virginia, most from children

Virginia has seen a small increase in flu activity as the flu remains widespread in Maryland. 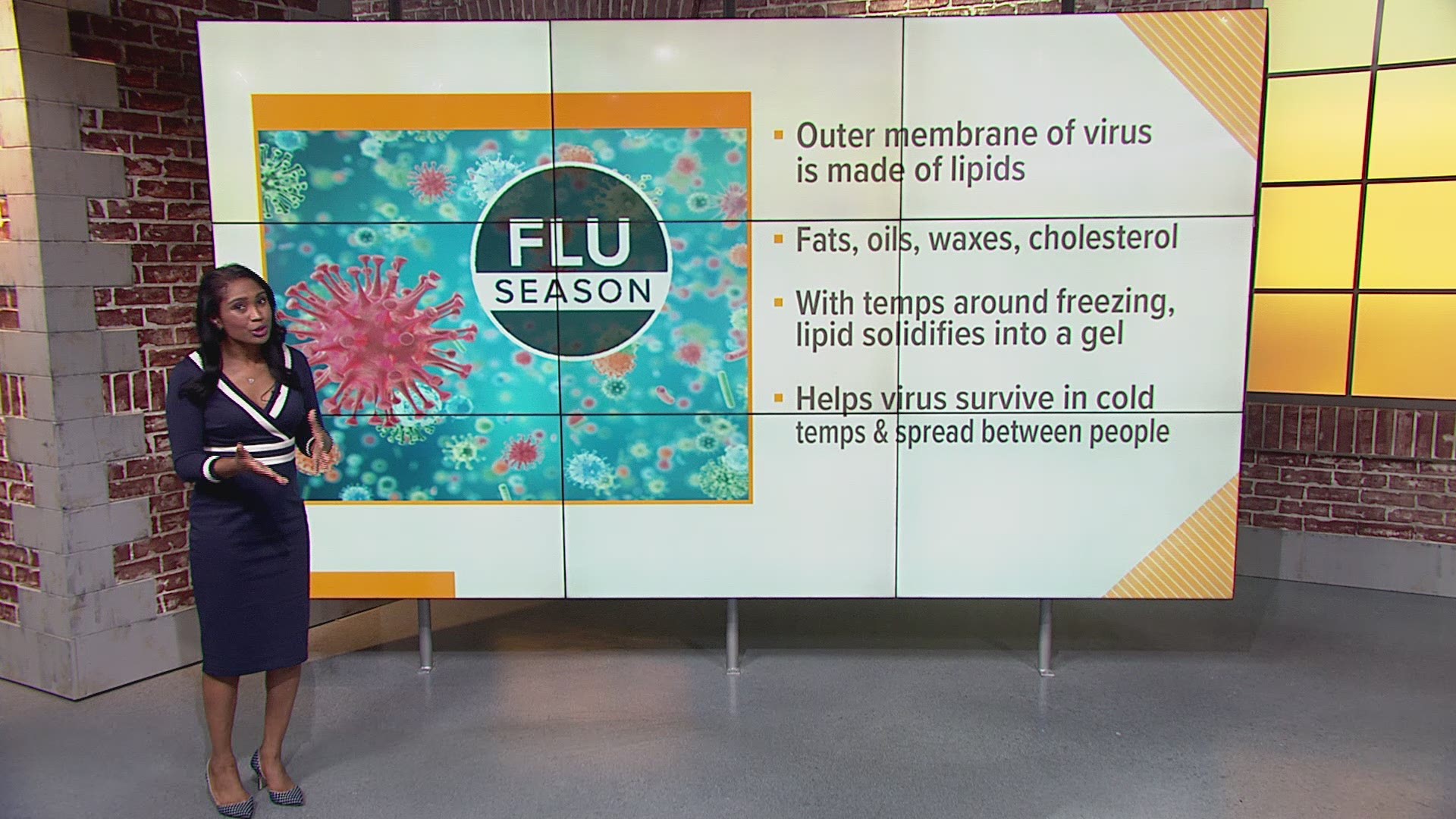 WASHINGTON — Flu activity remains widespread in Maryland. Sporadic activity was reported in D.C. and West Virginia, and activity is now local in Virginia, according to data for the week ending Nov. 9.

A weekly flu update from the Centers for Disease Control and Prevention revealed that Louisiana ranks worst in the nation for flu activity.  The flu is widespread in the state and intensity is high, the CDC reported.  The CDC has reported that three children have died from the flu this season in the United States.

1. Flu is widespread in 3 states: Maryland, California, and Louisiana.
2. Two children died from the flu, bringing the total to three children in the U.S.
3. Nationally, flu activity is low but increasing.

RELATED: Cold and dry, just the way the flu likes it. Here's how weather impacts the flu

In Maryland, the weekly report showed that the flu is widespread, but the intensity remains low. So far this flu season, health providers reported that more than 10,000 people sought help for Influenza-like illness or ILI.  ILI is a fever of 100 degrees or higher with a cough or sore throat with no other diagnosis.  Infants to that 49 years-old made up the majority of ILI complaints in Maryland.  State health officials reported that lab tests confirmed more than 300 cases this season with one death reported.

Virginia has seen a slight increase in flu activity. The previous week, (Week 44), activity was sporadic.  In the current report, (Week 45), activity is now local.  The largest portions of visits for ILI complaints were from children, ranging from infants to those four years of age during the current week's report.  Virginia health officials reported 44 confirmed cases of flu this season, and 126 pneumonia and influenza-associated deaths. Virginia defines sporadic activity as one outbreak, while local means more than one outbreak or elevated influenza-like illness activity.

Seven new flu cases were reported in D.C. through the weekly update, bringing the total number of cases this season to 31.  Activity is sporadic in D.C.

In West Virginia, flu activity has shown a slight decrease in geographical activity. The CDC reports that activity is now sporadic and intensity is minimal.  In the previous week's report, the activity was local.

RELATED: Watermelon snow: Sounds good, but you may not want to eat it. Here's why

Geographical spread of the flu is classified as no activity, sporadic, local, regional and widespread. Since D.C. is not a state, local is the highest level that it can report in terms of geographical activity.

Here is a guide to understanding the classifications of flu activity: (Source: Virginia Department of Health)

Note: The CDC defines widespread as increased ILI and recent laboratory-confirmed influenza in at least half of the regions of the state.