North Carolina landlords continue to refuse taxpayer-funded rent money, because accepting the assistance means they can't evict for the remainder of a lease. 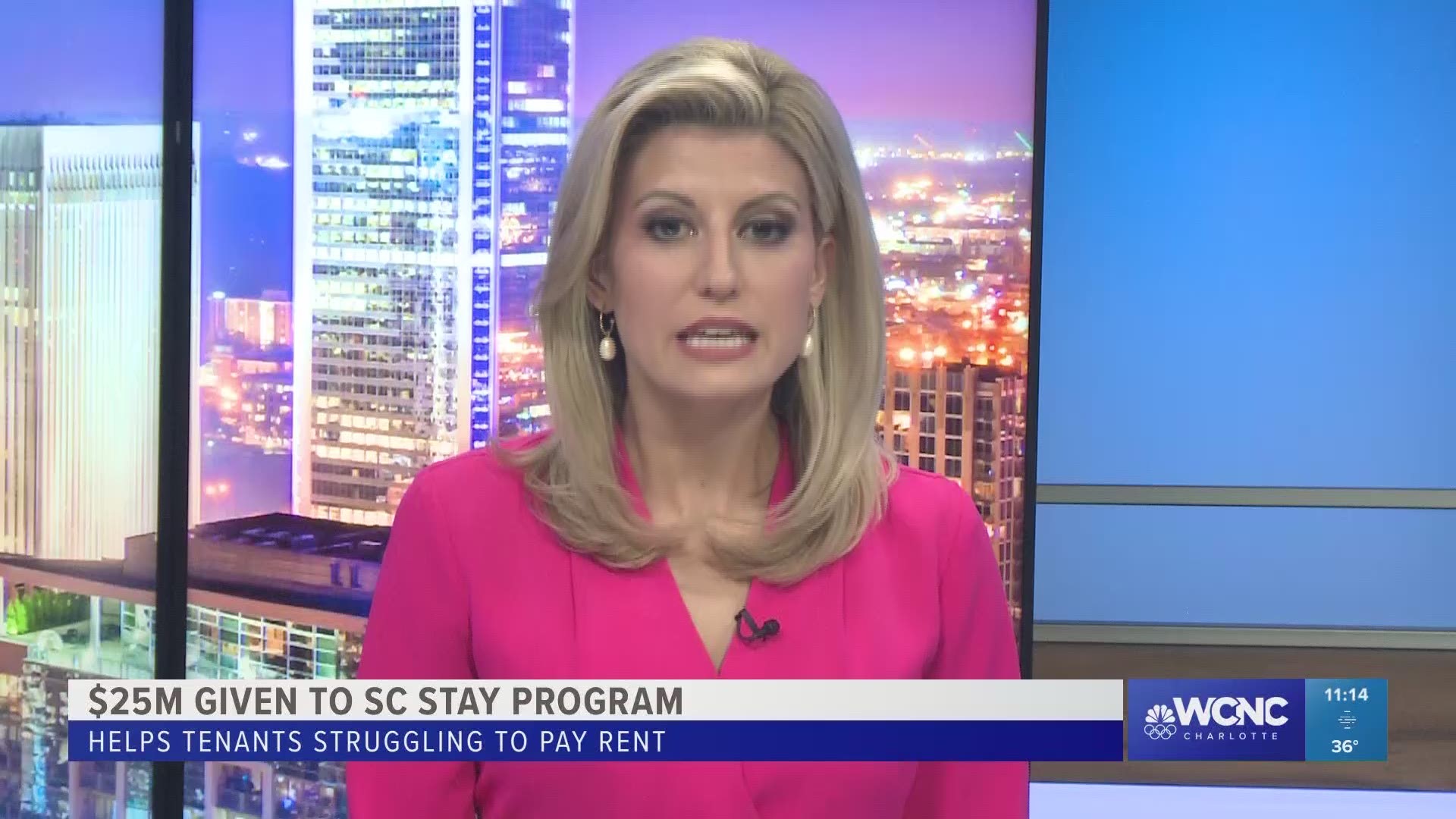 Office of Recovery and Resiliency Chief of External Affairs Haley Pfeiffer-Haynes said it's too early to release details, but an announcement is forthcoming in "the coming weeks."

"We believe that that is going to encourage greater landlord participation," she said. "We really hope it will get to 100%."

Some renters continue to say their landlords refuse to take money from the Housing Opportunities and Prevention of Evictions Program. The program pays rent for up to six months, but if a landlord accepts, he or she can't evict for non-payment for the remainder of the lease.

"That's just financially infeasible," Greater Charlotte Apartment Association Executive Director Kim Graham said. "I'm really looking forward to hopefully the criteria changing, so more money can get out the door and more landlords can get in the program."

The association represents 250 apartment community owners with 155,000 apartment units in 11 counties. Graham said landlords want to participate, but feel the current requirements place an unfair financial burden on them. The HOPE Program only covers six months of rent with no guarantee tenants will continue paying beyond that and some recently renewed leases stretch well beyond six months.

"Realistically, I don't know anyone that can run a business not getting income for more than 90 days," Graham said.

Graham said that is a recipe for bankruptcy for large apartment complexes, like those with 200 units, which would spell trouble for landlords and tenants alike.

Landlords across the state first expressed concerns in December, formally asking North Carolina to change the rules. Since then, the HOPE Program reports landlord participation has increased from 91% to 94% participation.

"94%, we're really proud of, but we want to be able to help everyone who needs rental assistance," Pfeiffer-Haynes said.

Samantha Ross said she felt hopeless earlier this week after her landlord refused to accept her HOPE money.

"She said that they did not want to agree with some of the things that are in the contract," Ross said.

Ross has a full-time job, but a furlough last year set the Gastonia woman back.

RELATED: 'I was counting on that money' | Millions of stimulus payments delayed, leaving struggling Americans frustrated

"You just need help getting caught up," she said.

Ross said she has since come to an agreement with her landlord to forgive her past rent and start fresh. She hopes others are as lucky.

"I hope there are some changes coming soon very soon," Ross said.

Graham, meanwhile, believes the impending changes by the state are long overdue.

"I think they're overwhelmed and so it's just harder to react in this environment," she said of the delay. "I know that landlords want to participate."