Homocystinuria is an incurable disorder that attacks your vascular, your muscles, it can cause bone deterioration, and it can lead to aneurysms, blood clots. The chances of being diagnosed is about 1 in 200,000. 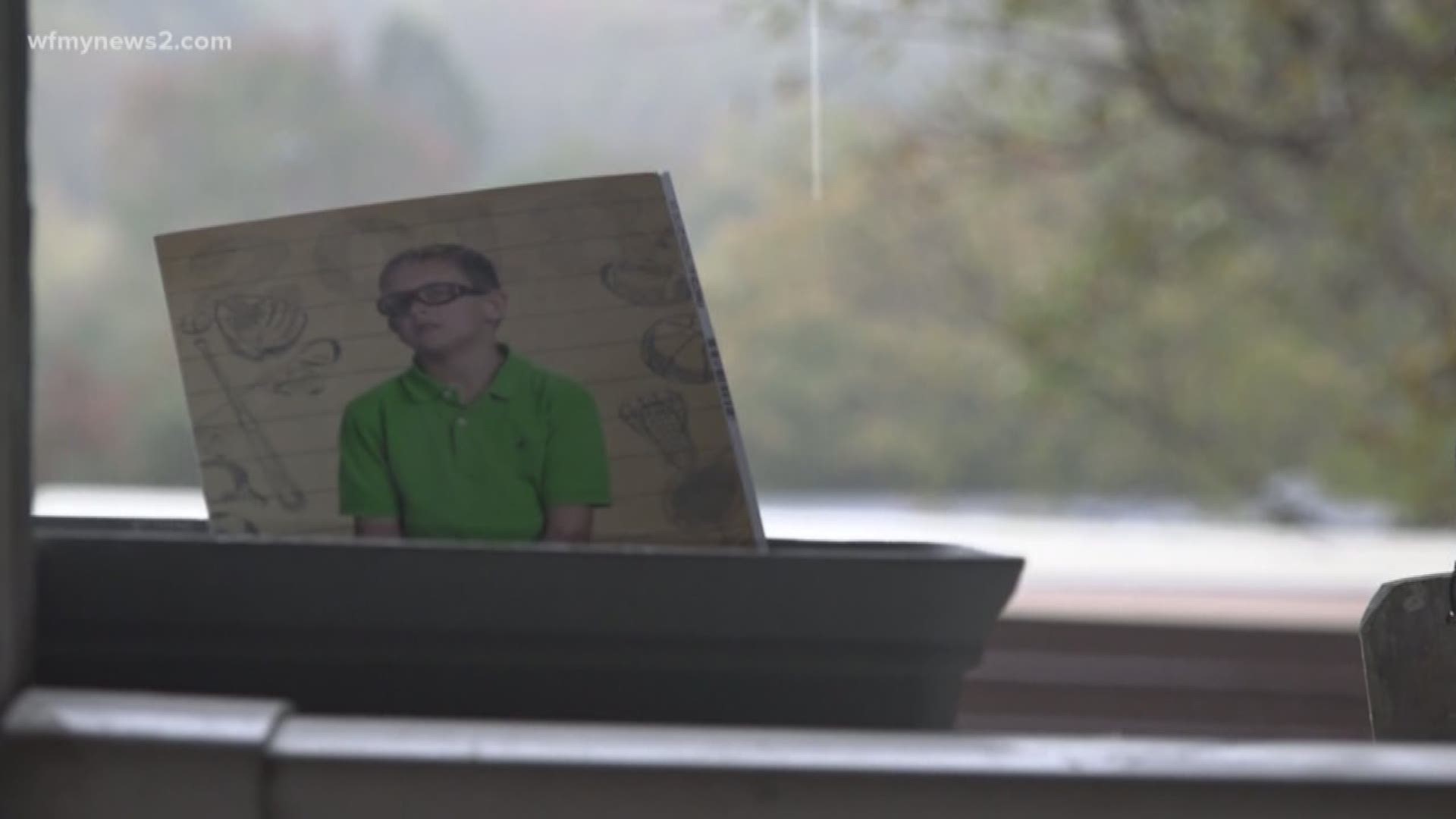 THOMASVILLE, N.C. -- Brian and Amanda Edwards are mourning the loss of their beautiful 8-year-old son named Zackie who suffered from a rare genetic disorder called Homocystinuria.

"It's an incurable disorder that attacks your vascular, your muscles, it can cause bone deterioration, it can cause a learning disability, and it can lead to aneurysms, blood clots," Brian said.

But Amanda and Brian have another son Gavin, with the same disorder.

"He’s 13 and with Zackie's being a sudden thing we don’t know if it could happen to him, and when in life it could."

Last week Zackie had just finished playing baseball and was on his way home with his parents when something went horribly wrong.

"We made it about a mile down the road and that’s when he told his mom he thought he was going to be sick and she pulled over," Brian said. "At that point tears started coming from his eyes and he said 'mama call the doctor I'm going to be sick' and he got out with tears rolling down his face, scared to death."

Zackie was in the ICU for seven days, fighting for his life before he passed away.

Now the Edwards family is trying to stay strong for their three other kids, especially Gavin. They said they have the community to thank for their strength during this difficult time.

"I want to give a special thanks to the community, to all the Pilot Booster Club coaches, family and friends, the church, Zackie's youth group and the members there, my entire family for being there for us, and all the Facebook prayers."

They're using the Hashtag #ZakieStrong for a good reason.

"The part of Zakie's body that never gave up until the very last moment was his heart, and there was no damage to it."

"He was never afraid of anything on a ball field, or really in life," Brian said. "He was a real go getter and he had that 'never-say-quit' attitude."

His baseball helmet with his number 88, and the #ZakieStrong logo will be displayed at his school in Thomasville: Pilot Elementary.

Zaxby's in Thomasville will be holding a fundraiser for Zakie on Tuesday, October 30.