His Disney trip got canceled, so this fan took his Legos and built his own park

John Wayne Daugherty turned his dining room inside his home in The Colony into a makeshift Disneyland, using the many Lego sets he's built through the years. 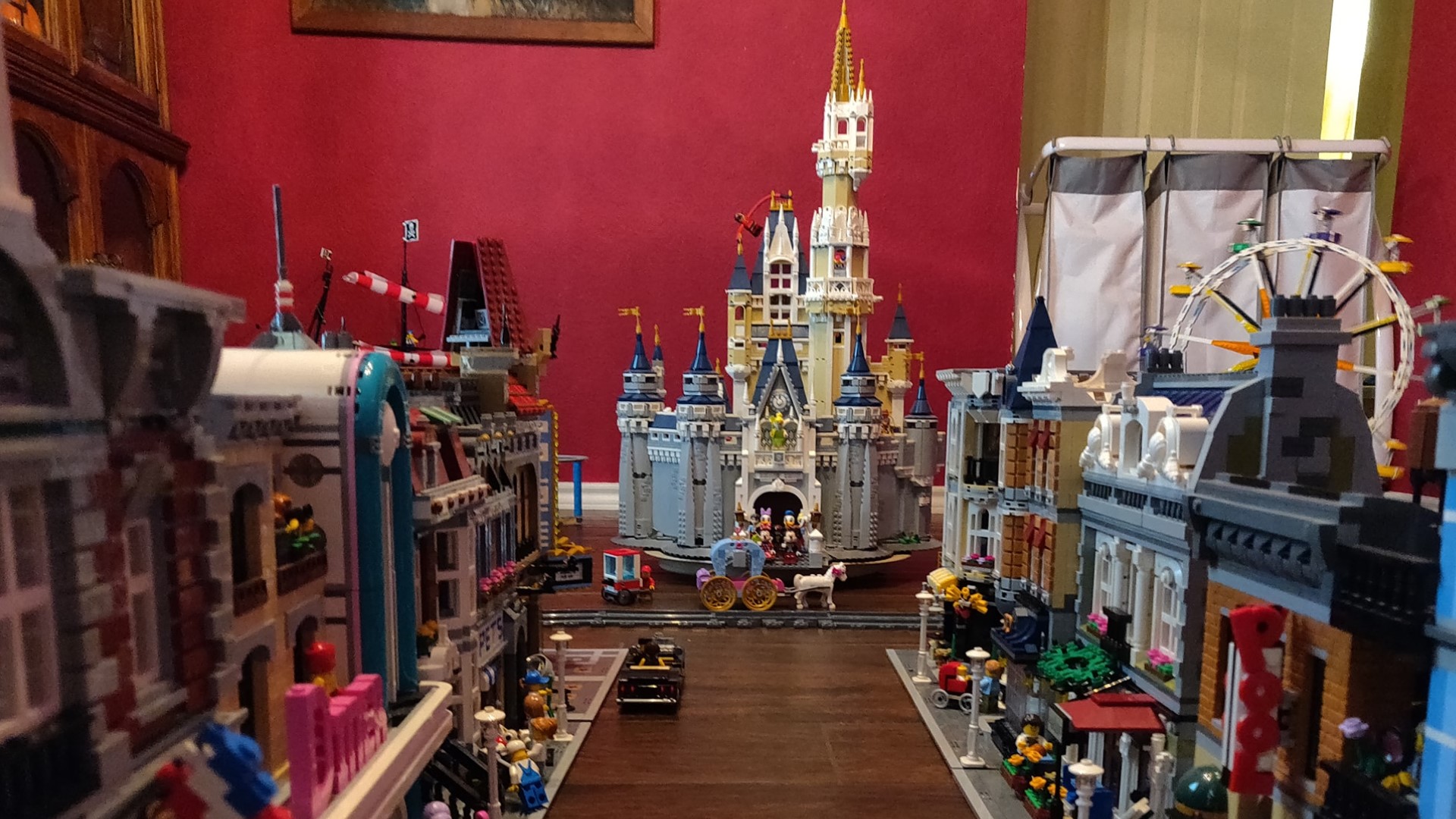 THE COLONY, Texas — When John Wayne Daugherty was growing up, Walt Disney was his hero. It sparked a love of the Disney parks that Daugherty went on to share with his wife Bonnie and their two kids.

"We were supposed to do a trip for spring break, and unfortunately with everything going on it got canceled," Daugherty said.

He's a CPA by day and is now working from home. In his downtime, he looked around at another one of his hobbies.

Daugherty has spent hundreds of hours over the last four years putting together Lego sets featuring parts of the Disney parks. While in quarantine, he decided to make his own Disneyland.

He just had to clear it with Bonnie first.

"I was like, 'OK, honey, can I clear everything out of the dining room and set it up just for once?' She said, 'You better have it picked up by tonight!" said Daugherty.

From Main Street, to Cinderella’s Castle and the rides...it's all there in his setup, captured in this YouTube video for all of us to enjoy, especially those who also may be mourning their canceled Disney trips.

"I think it replaced some of my joy that I would have had going to the park," Daugherty said.

The video has drawn some attention, which brought some unexpected thrills like messages from moms who have their own dreamers.

"I got a Facebook message from a woman who said, 'I showed my son your videos and now he went to go create with some of his Legos,'" said Daugherty. "She sent me pictures because her son wanted me to see the pictures, and that was really cool."

A bit of Disney magic connecting fans together at home.