Back In Time | Greensboro's Denim Legacy

GREENSBORO, N.C. -- Greensboro is known for mills, textiles and education, but Wednesday's news that Cone Denim's White Oak Mill will closing at the end of the year, truly marks the end of an era. 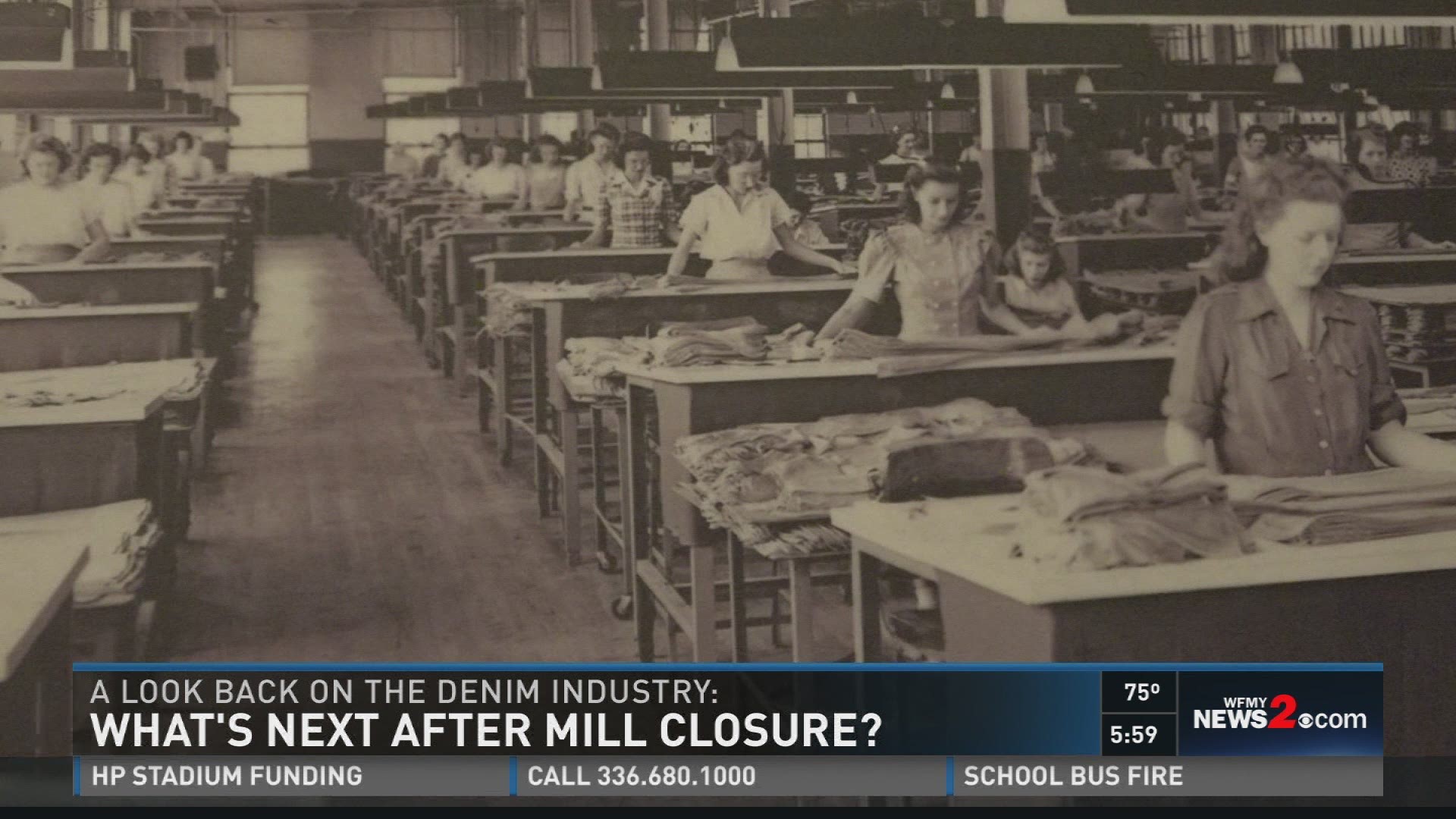 GREENSBORO, N.C. -- Greensboro is known for mills, textiles and education, but Wednesday's news that Cone Denim's White Oak Mill will closing at the end of the year, truly marks the end of an era.

It'd been running for more than 100 years and its closure means about 200 people will lose their jobs in December. It's the last of the Cone Denim mill's to remain open; the rest shuttered toward the end of the 20th century due to the industry shifting overseas.

"I think the cone brothers came here in an entrepreneurial spirit and created a textile industry to bar none," explains Susan Webster, a curator at the Greensboro History Museum.

She says their mills produced millions of yards of denim over the years and they continued to make iconic denim into the 21st century. They even produced the white denim used by Ralph Lauren for the 2016 U.S. Olympic Team Opening Ceremony outfits. The mills' impressions will be lasting.

"What the denim industry has done for Greensboro is historic," Webster explains.

But that's just it. It's history, not the future.

If you look at Greensboro today, you'll see a city that embraces the concept when door closes another one opens.

Take the Revolution Mill, for example. It's now its own little community with food, shops and apartments.

And Cone's other mills, Proximity and Printworks, inspired the boutique hotel and bistro with the same names.

Not to mention, downtown still thrives with new businesses popping up all the time. There's also a wealth of colleges and a performing arts center in the works.

Greensboro can carry a lot of definitions, the denim capital perhaps being one of the past. But it can hold many more going forward, it just depends on who you ask.

"I would be surprised if we don't reinvent ourselves again," Webster says.