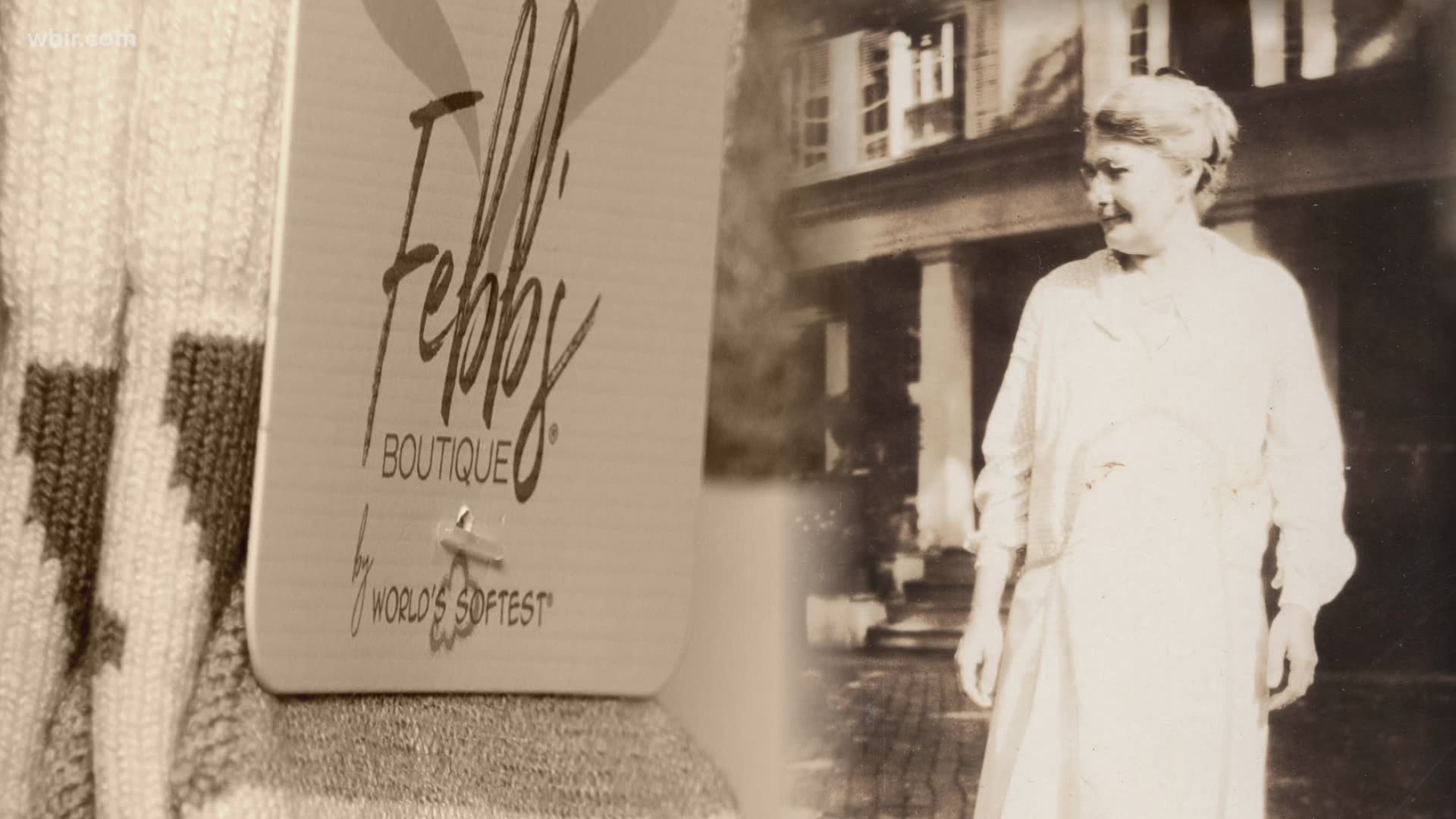 NIOTA, Tenn. — For Sandra Boyd and Cathy Allen, socks and the 19th Amendment are a bit of a family legacy.

After all, they run Crescent Sock Company, the oldest continually operating sock mill in the United States, and their great grandmother is Febb Burn, an East Tennessee woman who can be credited, in a way, with the ratification of the 19th Amendment.

In short, Febb's son, Harry T. Burn, was a Tennessee State Representative when the amendment was locked in a draw. She wrote him a letter that inspired him to change his vote, tipping the vote toward ratification and securing women the right to vote.

For such a historical moment, not many people are aware of the Burn family's contribution to women's suffrage. Boyd and Allen did not know until they were in high school.

"I found out when my history teacher in high school asked me who cast the deciding vote and I thought, 'Why is this teacher picking on me?'" Boyd said. "Truly it was not just something that everybody knew. They did not boast about it."

So where do socks fit in all of this history?

Their great grandfather, James Burn, co-founded the Crescent Sock Company in Niota in 1902 and named it after the Crescent Rail Line from Niota to New Orleans.

Boyd, the vice president, and Allen, the CEO, took the family business over from their father four generations later.

In celebration of the centennial anniversary of the 19th Amendment, the sisters are launching a new line of socks called Febb's Boutique, which are available online and in boutiques across the country.

"About a year or two ago we decided we wanted to introduce a new brand, and we came up with the name Febb’s Boutique because we thought one day we’d like to honor her," Allen said. "All of a sudden it got to be the end of 2019, coming on 2020, and we thought, 'Mercy! We need to do something with this brand because it’s going to be the 100th anniversary of the vote.'"

The socks are "made by women for women to inspire the next generation." Each pair has a distinct floral design with inspirational quotes like "Create your path, leave your footprint" and "Little girls with dreams become women with a vision" on the foot.

"She was so inspirational, doing what she did, encouraging her son to make that vote," Boyd said. "She was very well-read, read 3 or 4 newspapers a day. She was actually a college graduate also, very intelligent. So it just really inspired us to do something special to honor her."

Boyd and Allen wanted to make sure the socks could also give back to their community so they partnered with AWAKE (Advocates for Women's and Kid's Equality), which supports at-risk women and children. For each pair purchased, a portion of the proceeds will to the organization.

“Something that’s helping women and children really meant a lot to us, and we felt like Febb would be very proud of that," Boyd said.

Though it would take many years after the ratification for minority women and Black Americans to truly have the right to vote, Boyd said she wants Febb's legacy to be a reminder that every voice can make a difference. 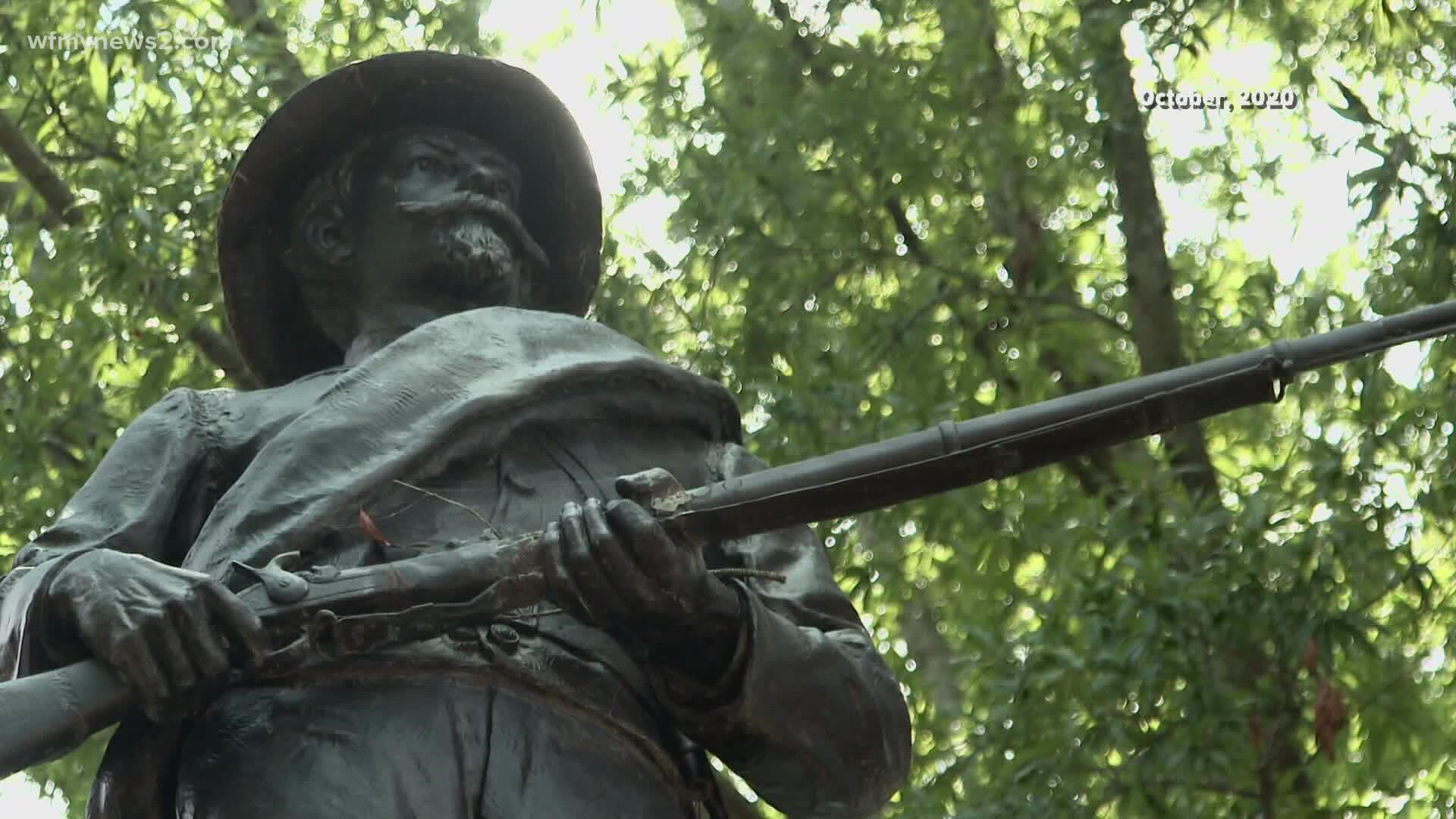