WWII plane pulled from Lake Michigan on display at Virginia Beach museum, set to be restored

​A new piece of history is here in Virginia Beach and it's taking us all the way back to World War II. 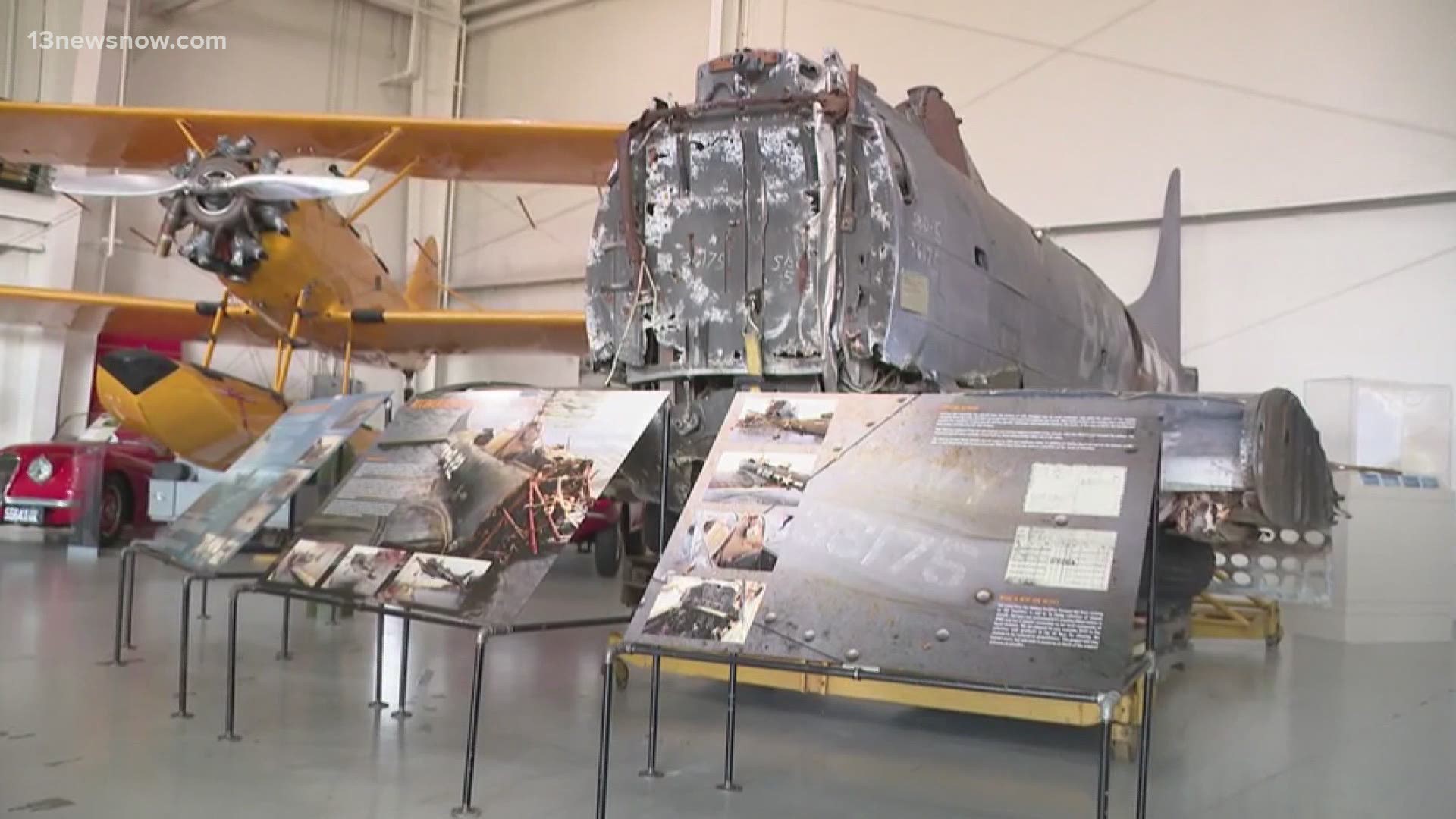 VIRGINIA BEACH, Va. — After 50 years of sitting at the bottom of Lake Michigan, this Dauntless Dive Bomber is being restored thanks to the Military Aviation Museum in Virginia Beach.

The Dauntless sits on the hanger at the museum, but it won't be there for long. The museum's Director, Keegan Chetwynd, says they are working to get it restored soon.

"The Dauntless is one of the best performing airplanes of that period," Chetwynd said as he explained the history behind this type of plane and its key role in fighting Japanese aircraft.

Rusted and corroded from sitting at the bottom of Lake Michigan for decades following the 1940s, the history of World War II is etched into the metal of this Bomber. Chetwynd says the plane on display was not used in actual combat, but it did help military crews train pilots for when they went off the Pacific Coast.

"Going into the war, the Navy had a bit of foresight and said we're going to have a problem if we end up in this large global war," Chetwynd explained. "So, a suggestion was made that they investigate doing so in the Great Lakes."

Chetwynd says the military made its own aircraft landing boats on the lake and pilots had to deal with unique challenges of having small targets to land on. He says the plane crashed in the lake after another plane landing before it was experiencing some major errors and the pilot had to try to fly around it.

When the pilot attempted to go around the other plane, Chetwynd says the plane rolled onto its back and into the water. The pilot was able to escape, but with two major cuts on his forehead.

"The plane ended up sitting on its landing gear at the bottom of the lake, perfectly upright," said Chetwynd with an intriguing tone. "The pilot's family says he had scars on his forehead his whole life and they always wondered what they were from!"

Chetwynd says the pilot was Charles L. Ford III and while he survived the crash, the landing error left this plane to rest in the lake for about 50 years. The museum even connected with the family of Ford.

"This plane brought us to his family," Chetwynd explained. "He actually has a Hampton Roads connection. While he was serving up here, he met a woman in Norfolk. They got married and lived happily ever after, as you would say. He did succeed in becoming carrier qualified despite the accident."

The plane will be on display at the Military Aviation Museum until Sunday, April 11. Afterward, it will be taken apart for restoration to hopefully get it to fly again one day at the museum.