After 7 years at a repair shop, veteran asks for help with his classic car

10Investigates’ Courtney Robinson went to find out why it took so long to get to this point. 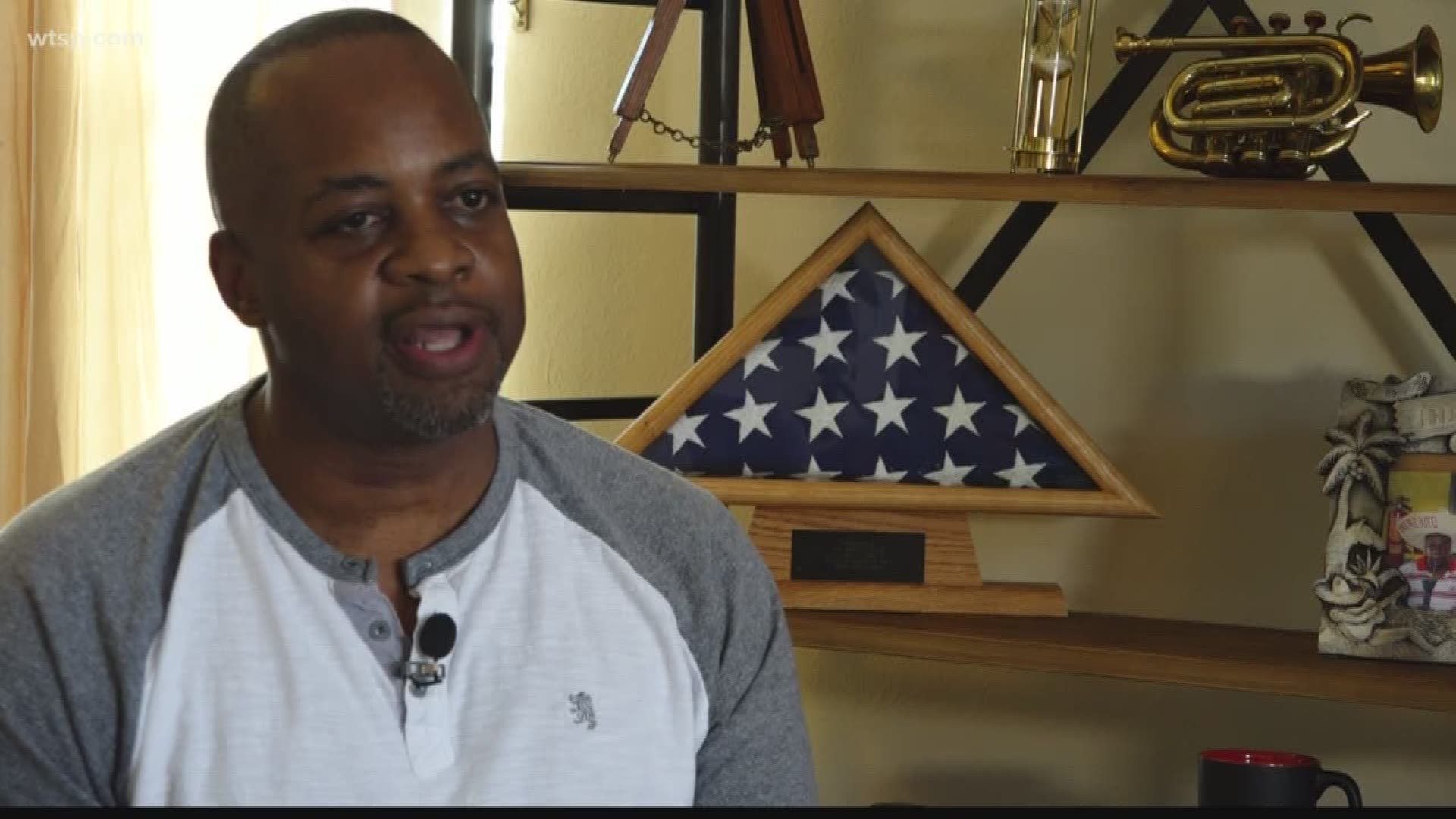 LARGO, Fla. — It’s a classic 1966 mustang. It was the dream car for Army veteran, James Butler, after he retired. But, for the past seven years, that dream sat idle at a vintage auto repair shop in Largo after communication between Butler and the mechanic broke down.

Butler served almost 23 years in the Army. After he retired, he worked for the government, then started a job as a contractor in the Middle East.

He says he’s an old car “enthusiast” and always wanted a mustang. He found his dream car in 2010 in Virginia and bought it with plans to restore it.

“When I saw it, I just fell in love with it,” said Butler.

He wanted to put in a new motor and transmission, do some body work, paint it and make it more efficient.

“Something that me and my wife could drive on the weekends and go to car shows and you know really enjoy during our retirement,” he said.

In June of 2012, he dropped the car off with mechanic, Shaun Hirschmann who runs All-American Streetcar Performance. Hirschmann came highly recommended and told 10Investigates he loves his job. He likes to make old cars, better.

“It’s just cool to be able to take something and make it your own,” he said.

Both Hirschmann and Butler say the agreement was to fix up the car, but details weren’t put in writing. Butler never got an estimate detailing the mechanic work or body work, how much it would cost or how long it would take.

Butler says, time was not a priority.

“It wasn’t a big issue because I was still working overseas,” he said.

Over the years, there were emails back and forth between Butler and Hirschmann talking about the car and work, but communication started to break down.

Hirschmann eventually took out a mechanic’s lien -- saying Butler owed him $5,000 for a new motor and transmission. Butler was out of the country, but his wife immediately paid it.

Butler says, after that, the car sat. Tensions between the two started to run high, and communication continued to break down, according to Butler.

In 2019, more than seven years after their first meeting, Butler turned to 10 for help.

“It just feels like your dream was just shattered,” he said.

10Investigates’ Courtney Robinson sat down with Hirschmann and asked why it took seven years to get to this point.

“Just lack of communication. I take responsibility for it 100 percent. Again, he dropped the car off in my hands to take care of it,” said Hirschmann.

Hirschmann explained he is a mechanic and does not do body work. He says he needed a body shop to look at the car before he could write up a mechanic’s estimate. According to Hirschmann, Butler’s car got pushed to the side.

“It was out of sight, out of mind. At any point in time over the last couple of years we could have come to the point of where it was like, ‘Hey, what are we doing basically,’” he said.

10Investigates got Butler and Hirschmann to sit down and talk it out.

Butler and his wife decided to sell.

The car sold in December for $3,000.  Both motors and transmissions are still available.

Hirschmann says he wishes he could have fully restored Butler’s car but hopes to work with him in the future to help him find a new dream car.

Butler says he’ll go after that dream and will ask for Hirschmann’s advice as he searches.

“I’m just glad that you guys did get involved and you helped us resolve it, you know, with a peaceful resolution, something that worked out for both parties,” said Butler.

Whether it is a classic car or the car you drive every day, The Florida Motor Vehicle Act protects car owners and businesses, too.

You have the right to a written estimate that includes a proposed date work will be done and estimated costs for labor and parts.  A car repair shop cannot force you to waive your right to an estimate.

If a customer doesn’t pick up the car, the shop can charge storage fees. Hirschmann never charged Butler storage.