The billboard is one of 26 commissioned by 'O, The Oprah Magazine.' 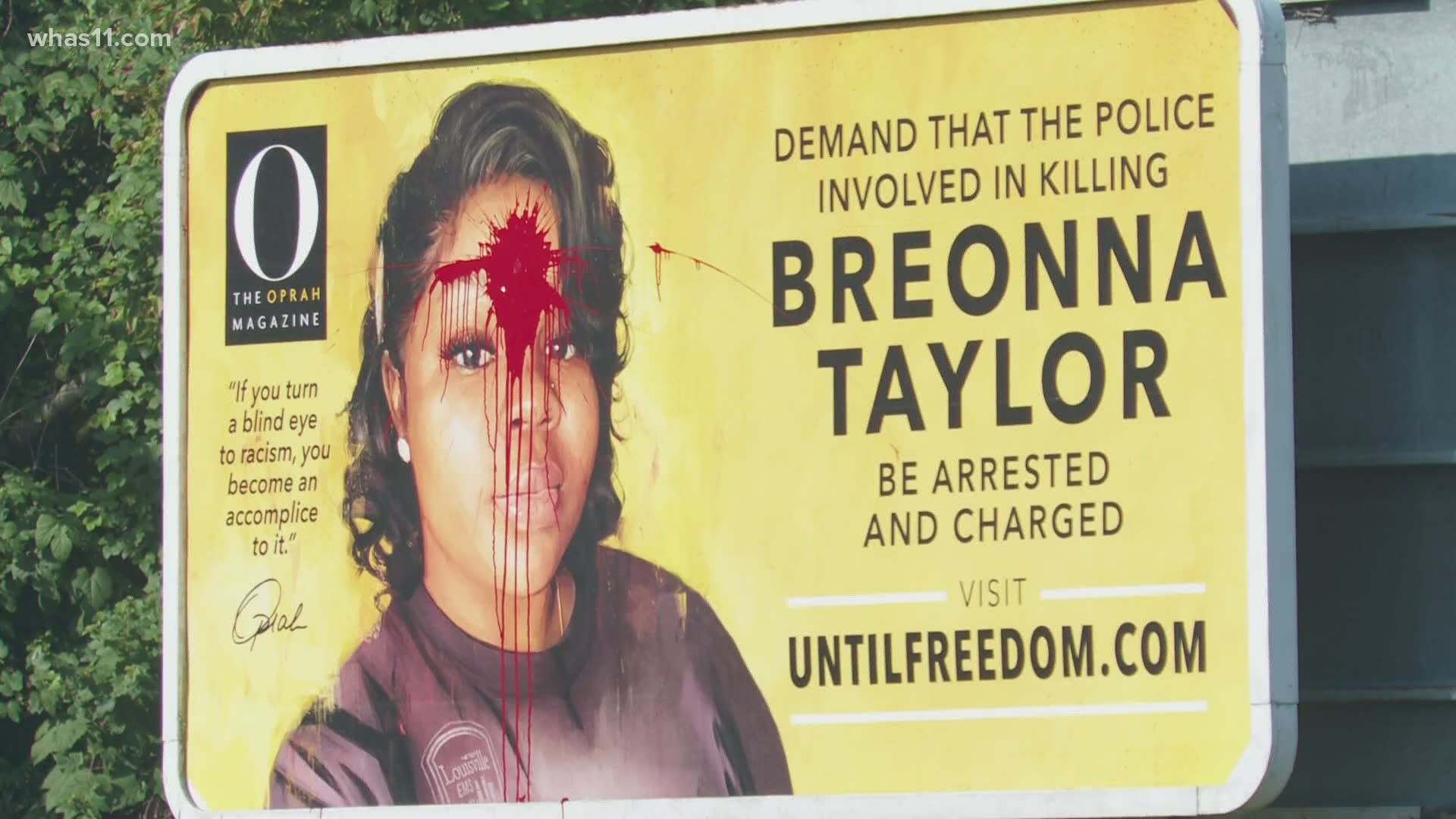 LOUISVILLE, Ky. — One of 26 billboards demanding the arrest of Louisville police officers involved in the death of Breonna Taylor has been vandalized.

The billboard on Lexington Road and Spring Street now has red paint splashed on top of Taylor's face.

O, The Oprah Magazine previously commissioned the billboards that show Taylor on the cover of its September issue along with the quote, "If you turn a blind eye to racism, you become an accomplice to it."

The billboards also include the website for social justice group Until Freedom. Earlier this month, co-founders of Until Freedom announced they were moving to Louisville as the public awaits results from the Breonna Taylor investigation.