'The gig is up,' Erin Brockovich to investigate cancer clusters in Huntersville, Mooresville 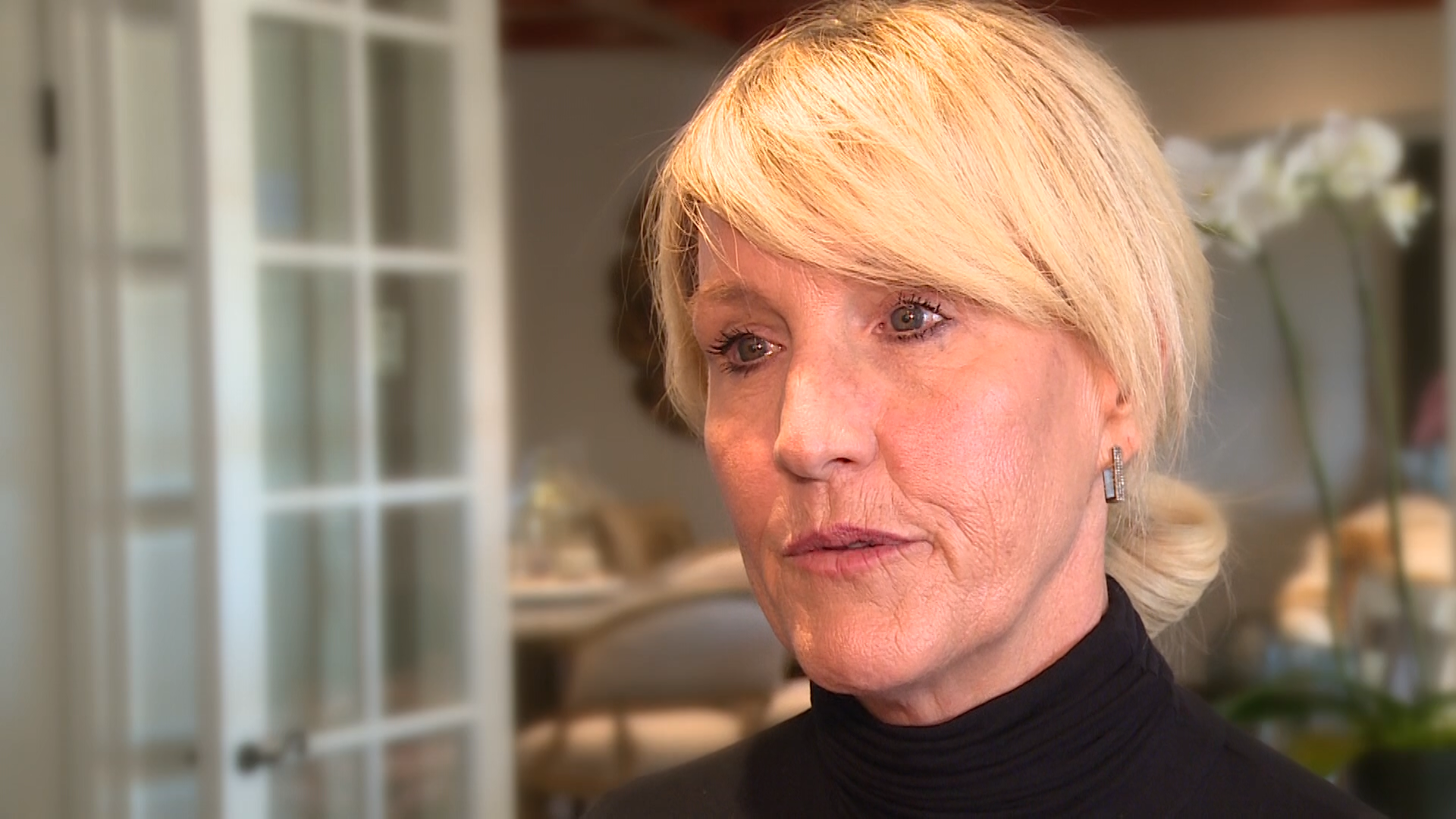 HUNTERSVILLE, N.C. — Environmental activist Erin Brockovich responded to a WCNC Charlotte Defenders investigation into reported cancer clusters in Huntersville and Mooresville, and concerns that Duke Energy's unlined coal ash basin at Marshall Steam Station could be the cause.

Duke Energy maintains the science doesn't back up those concerns.

Savannah traveled to California for this exclusive 1-on-1 interview about the deadly mystery near Lake Norman.

“The gig is up," Brockovich said. "Something's going on at Lake Norman.”

They're strong words from Brockovich, the woman behind the infamous discovery of Pacific Gas and Electric’s dumping of hexavalent chromium into wastewater ponds in Hinkley California -- the company settled in 1996 for a record breaking $333 million.

She referred to the WCNC Charlotte investigation into reported cancer clusters in Huntersville and Mooresville – and concerns from some neighbors that Duke Energy’s unlined coal ash basin at Marshall Steam Station, operating on the edge of Lake Norman, could be the cause.

In Huntersville, at least two dozen people have been diagnosed with ocular melanoma – a rare cancer that should only affect 5 in a million.

And in neighboring Mooresville, the rate of thyroid cancer is nearly three times higher than average.

Duke Energy maintains coal ash is safely managed, and that no research thus far has linked the ash to these cancers.

RELATED: The thyroid cancer rate in these 2 zip codes is 3 times higher than normal. Why?

Brockovich says hexavalent chromium, the chemical in the center of her famed Hinkley lawsuit, is also present in coal ash.

“Whether the ball got dropped whether they didn’t look into it whether something got concealed, I’m sorry that happens all the time," she said.

Duke Energy spokesperson Paige Sheehan says coal ash is not the cause.

“None of the information we have right now Is pointing to coal ash," Sheehan said.

"Hexavalent chromium is actually widely naturally occurring all across North Carolina," Sheehan continued. "And in fact a researcher at Duke University who has been a long time critic of ours has repeatedly studied this and he has determined that he’s not seeing coal ash in the drinking wells of people who are even closest to our coal ash basins."

Sheehan referring to this 2016 Duke University study, which found well water contaminated with hexavalent chromium was not linked to coal ash.

"Hexavalent chromium, a carcinogen made famous by the movie Erin Brockovich, is far more abundant in drinking water wells in North Carolina than previously thought," the article reads.

"The contamination doesn’t, however, stem from leaking coal ash ponds as many people feared after state officials tested wells near coal plants last year and detected potentially harmful levels of hexavalent chromium in the water."

Brockovich says she's also concerned about records included in our Defenders investigation that for decades, Duke Energy sold coal ash to be used as construction fill for development projects.

DEQ records show between 1995 and 2001, about 1 million cubic yards of coal ash was sold off and buried across the area – more than anywhere else in the state.

And that total doesn’t even include smaller projects that state leaders admit were not documented at all.

“Really? You built a community on coal ash?" Brockovich said. "Why aren’t you doing testing? Is there some soil vapor plume, are we being exposed to it is it is blowing around in the wind and we’re inhaling it?”

Duke Energy says the selling of ash was overseen by the state, and is no longer done.

"I think it what I object to is anyone who wants to advance a false narrative," Sheehan said.

No test or study has ever connected coal ash to these cancers. Some studies, like the 2016 article above, have shown coal ash is not linked to well water contamination.

But there’s also been no research that definitively proves coal ash does not cause thyroid cancer or ocular melanoma in any way.

Town leaders say lack of funding prevents them from bankrolling additional research to find that answer.

An additional $100,000 of funding for the ocular melanoma cluster investigation spirited by NC Senator Natasha Marcus was included in the 2020 budget. However, as of February 11, the budget was still stalled in the negotiations standoff.

“You’ve got the records," Brockovich said. "They built on it and you’ve got this community illness, somebody should be doing some testing to get some conclusive information. I find it disturbing, I find it disturbing that the community isn’t getting answers. We just cannot keep thinking that over decades there’s been back door dumping, building on coal ash, putting all that into the environment and possibly not think down the road wow that’s a lot of cancers, maybe that’s not right.”

Brockovich said she and her team are now working to advocate for testing -- reaching out to research groups, and collecting cancer data from Mooresville and Huntersville. But she says she can’t do it alone, encouraging citizens of these towns to continue to demand answers.

“I think we’re afraid to find out I was duped, I was lied to, I should’ve never bought this house, this could be my child," she said. "We don’t want to think we’re living in a toxic dump, we don’t wanna believe agencies lied to us. But you’ve uncovered enough now to not stop.”

She encourages neighbors not to be deterred.

"When I started working in Hinkley I had people say to me, 'You’re not a doctor, you’re not a lawyer, you’re not a scientist, what do you know,'" Brockovich said. "But I don’t have to be any of that to be human, to be curious, to ask questions or to see for myself that somethings wrong."

"You’re gonna tell me the two headed frog in the green water, that I don’t see that?" she said. "I don’t think so."

She urges everyone, sick or not, to get involved.

"If it was my neighborhood right here, if I had 20 teenagers on my street with thyroid cancer, I’d be going yeah no no, that just doesn’t make sense to me," she said.

"You’re right I’m not a doctor I’m not any of this but I don’t have to be," she said. "I’m a mom, I’m a human, I’ve got some good hunches, I think this is weird and I’m just gonna keep going with it because it’s just odd."

Erin says her team will continue to collect data and monitor the situation in Mooresville and Huntersville, and said residents shouldn't be surprised if they see her at a city or town hall meeting sometime in the next few months.

"You have the power to go to them and say this isn't right, we want some information," she said. "My concern would be, is my child next? Say, this is my child, my health, my future, my well-being, my home, the land I live on. And I don’t believe you." 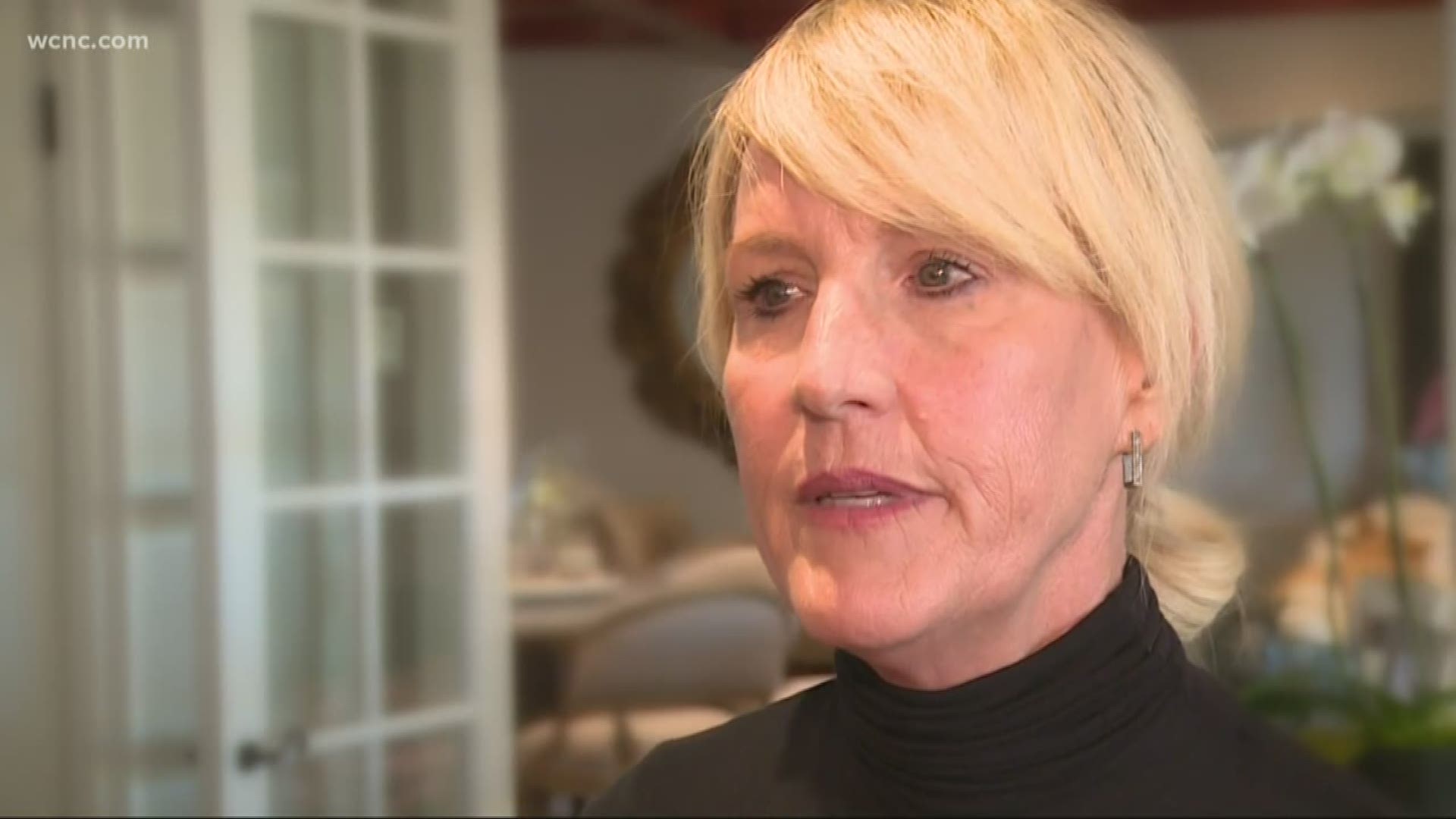