Mount Holly Police Officer Tyler Herndon was killed in the line of duty last month. Newly unsealed search warrants may show the moments before he was fatally shot. 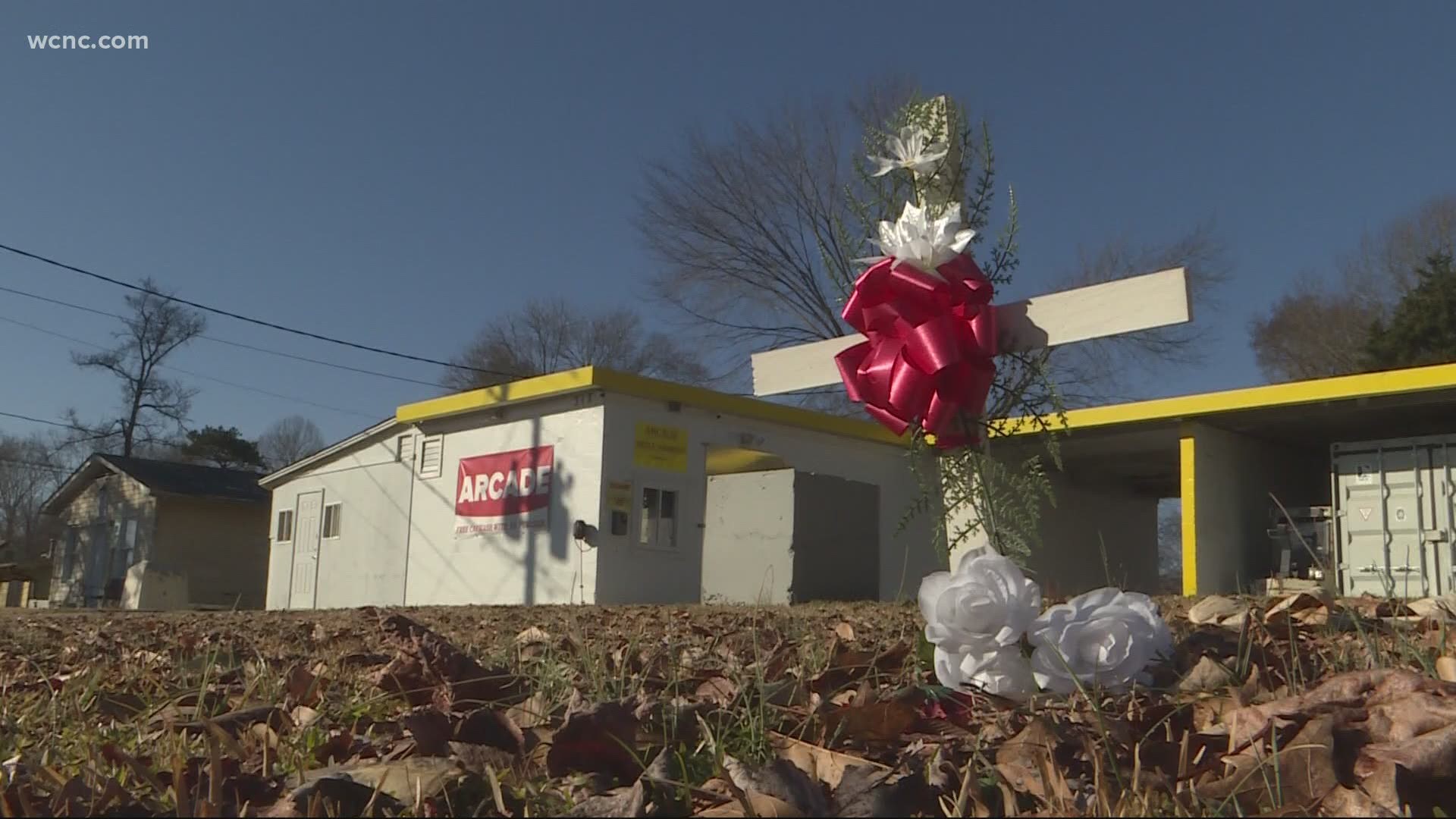 The man accused of shooting and killing Officer Herndon, Joshua Funk, remains in jail on a first-degree murder charge.

According to unsealed search warrants, Mount Holly Police officers arrived at Mount Holly Car Wash around 3:30 a.m. on Dec. 11 to investigate a reported breaking and entering.

Investigators said the arcade's surveillance cameras, which were being monitored by someone in near real-time, showed Funk standing by the door while smoking cigarettes.

Officers said as they pulled up, they saw Funk walking out the front door.

Search warrants said officers ordered Funk to stop, but he started running to the back of the car wash.

As officers ran after him, investigators say Funk pulled out a Sig Sauer nine-millimeter handgun and shot Officer Herndon.

Jason Self's apartment overlooked the car wash, and he was startled awake by the gunshots.

"From the wooded area there, I could see the blue lights on this side," Self said. "As I looked across, I see a person and he's kind of hunched in the back."

Self continued, "The first thing I hear is 'hands up,' and I'm looking at him and he doesn't move, and then they say 'hands up' again, and he starts to move. I turned because I thought we were going to get more gunfire."

Chris Daywalt watched from his back door as officers picked up Funk and took him away.

"Next thing you know, they were making sure that the building didn't have anyone else in it with lasers," Daywalt said. "It seemed like a scene out of a movie. Never experienced anything like that in my life."

According to search warrants, detectives found Funk's car about 300 to 400 yards away off Louise Avenue.

Court documents said in an interview with detectives, Funk's girlfriend said he had been acting differently and noticeably on edge in the months before the shooting.

Among the items investigators said they seized in Funk's car and at his house were ammunition, multiple shell casings, and a Marine Corps ring and certificate.

RELATED: 'We're not the enemy' | Police group calls on state leaders to condemn acts of violence toward law enforcement

RELATED: 'Until you wear this badge you will never understand' | Police chief reacts after four Charlotte-area officers shot in line of duty in two weeks