The five named plaintiffs in the case were all employees of South Lafourche Nursing & Rehab. All say they were promised an increased "hurricane pay." 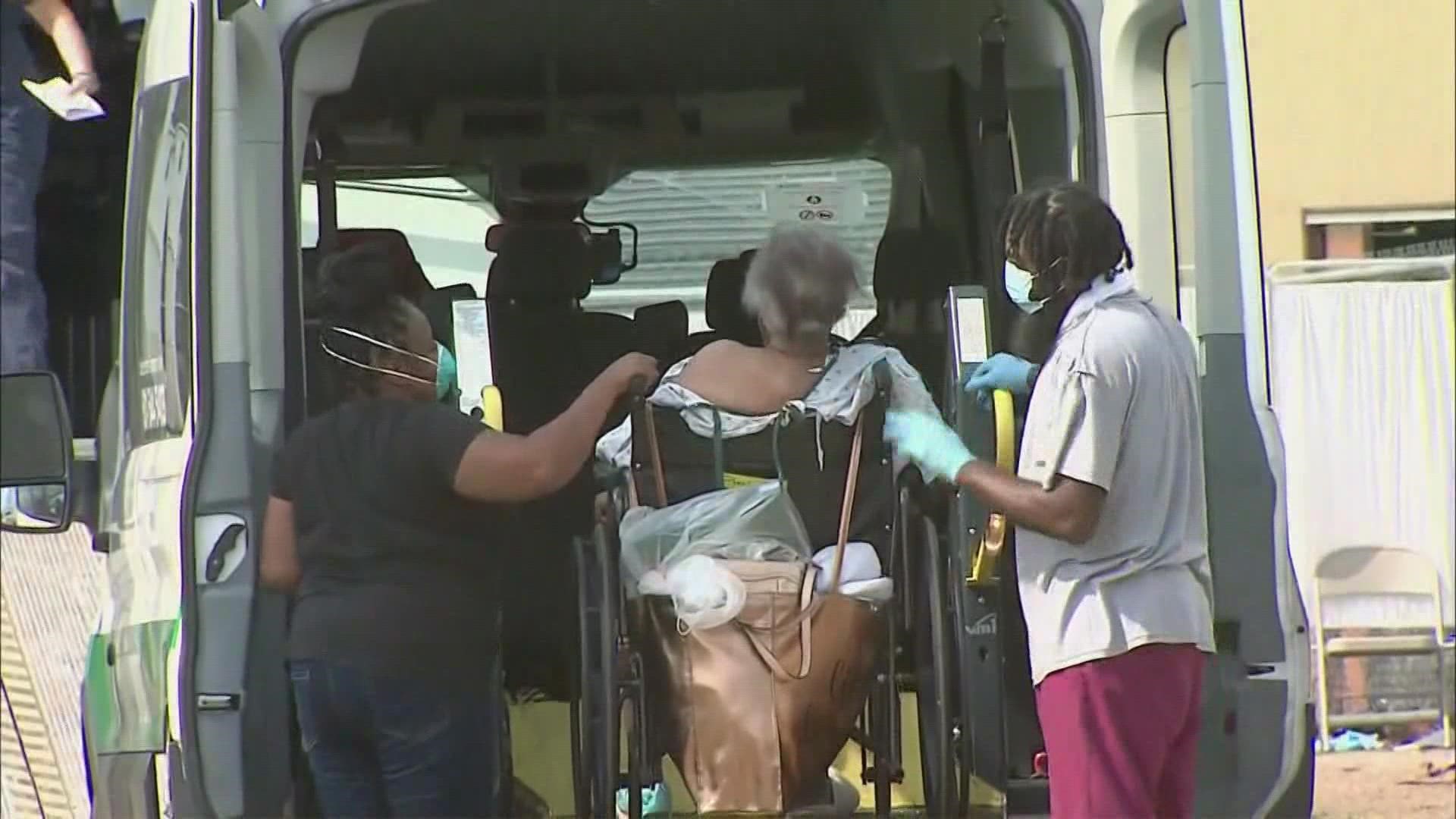 NEW ORLEANS — A new class-action lawsuit has been filed against Bob Dean over his decision to evacuate hundreds of nursing home residents to a warehouse in Tangipahoa Parish ahead of Hurricane Ida; this time, the lawsuit is not from the residents who survived in that flooded building or the families of those who did not, but from employees who say they weren't paid for the round-the-clock care they gave.

The suit, filed in Jefferson Parish on behalf of five employees, names Dean and the seven nursing homes that evacuated to a warehouse in Independence, La. as defendants.

The five named plaintiffs in the case were all employees of South Lafourche Nursing & Rehab. All say they were promised an increased "hurricane pay" for working at the evacuation site.

At the warehouse, conditions quickly spiraled, with residents reporting parts of the building flooded, naked residents pushed close together on mattresses laid on the floor, and putrid conditions from unmanaged human waste.

Residents and workers described a nightmarish five days where staff members were greatly outnumbered by the 843 nursing home residents who needed care.

"Defendants did not employ sufficient nursing staff to care for the 843 nursing home residents that were evacuated to the warehouse," the lawsuit reads.

State records and interviews with those who were there show many of the residents were immobile on their mattresses and were allowed to sit in their own waste after defecting because there was nobody who could clean them up or take them to one of the few restrooms available in the facility.

Before the storm hit, the lawsuit claims, on Aug. 21, staff members received an email about hurricane pay rates, which ranged from $750 to $3,000 per day.

Janice Verdin, one of the plaintiffs in the case, said as a manager-level employee who was required to be at the warehouse, she worked nearly 100 hours over the course of five days, from Aug. 27 to Sept. 2.

"During the Hurricane Pay Period, Janice Verdin worked virtually around the clock, totaling .... 96 hours of work," according to the lawsuit.

As a licensed practical nurse, she said her expected rate was $2,250 per day, plus unspecified overtime pay.

At that rate, for five days of work, she should have received somewhere around $11,250 for the time spent at the warehouse.

Other employees reported similar claims, according to the lawsuit filed on their behalf.

"They worked excessively long hours and were not paid in full for the work they performed," the lawsuit reads.

This is the 12th lawsuit filed in connection with the warehouse evacuation. Most of those have been class-action suits on behalf of residents who were placed there, but at least two wrongful death suits have been filed for residents who died at the facility.

John McLindon, who is representing Dean in several of the other lawsuits against him, said he hadn't heard about the new lawsuit before a WWL-TV reporter informed him of its existence.

It's unclear if McLindon will represent Dean in the employee pay lawsuit.

McLindon said he was surprised by the lawsuit because "they were paid."

"Bob Dean and his staff were on that," he said.