Ashanti Billie's abduction from a Va. naval base revealed a loophole in missing person alerts. A law, which creates an alert for missing adults isn't operational. 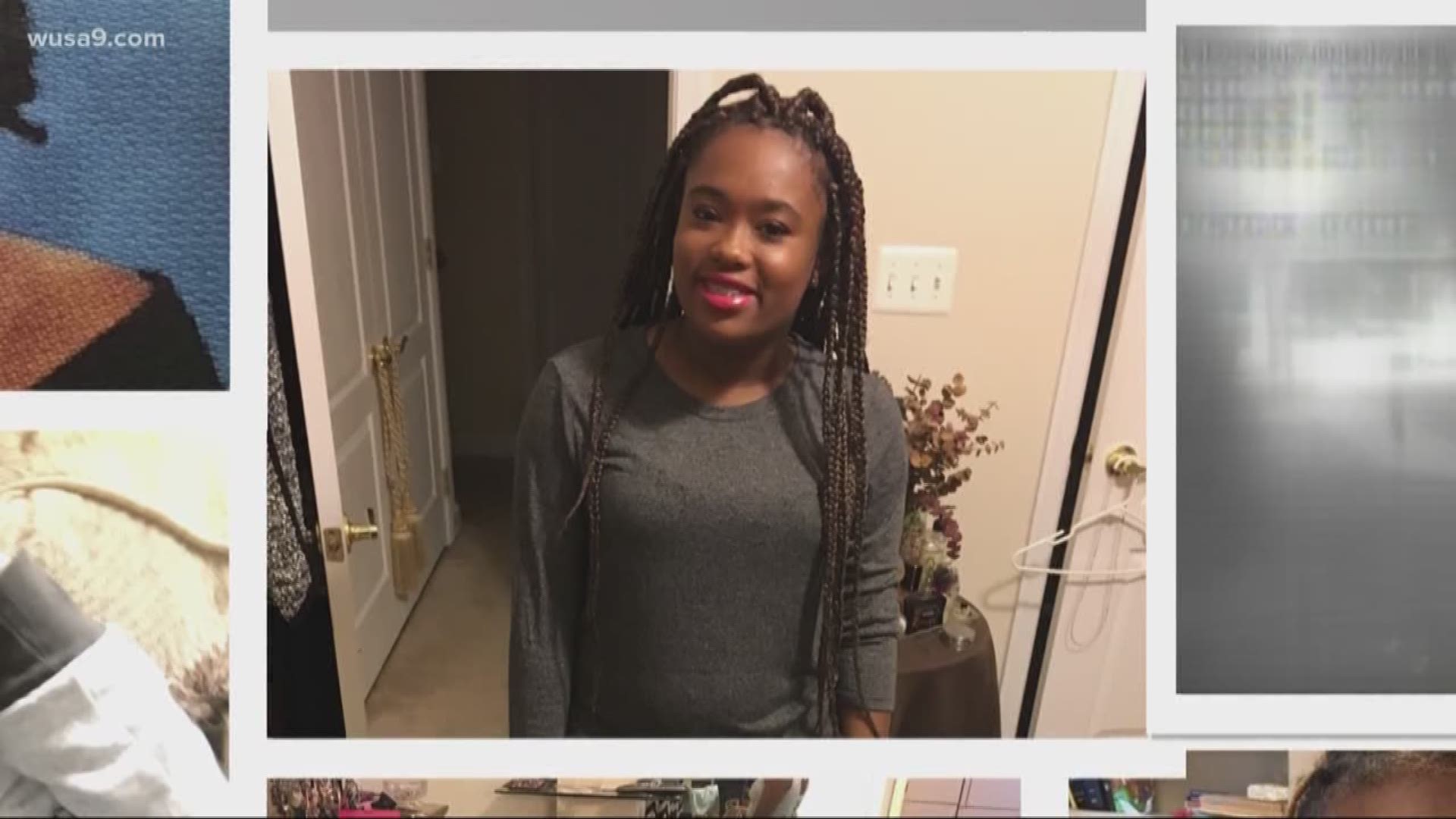 WASHINGTON — A Virginia senator wants answers from the Department of Justice. Wednesday, Mark Warner sent a letter demanding an in-person meeting about a new system that is supposed to save lives across the country. An Amber Alert notifies the public if a child is missing; a Silver Alert notifies the public if a senior is missing. But there was nothing for those in the age gap in between who vanish.

Then, a new law was signed, which created an alert for adults who are missing an endangered. That was more than six months ago. The feds still haven't implemented the Ashanti Alert system.

On September 18, 2017, Ashanti Billie was abducted from a Virginia Naval base. At 19, she was too old for an amber alert and too young for a silver alert. Ashanti was found murdered across state lines in Charlotte, North Carolina.

“The Ashanti Alert Act isn’t' the first time,” Ashanti’s mom, Brandy Billie, told us. “There have been other bills people have tried to get pushed for their loved ones before in years past. For various reasons nothing came of it. Had something came of those, it could have saved our daughter.”

So Brandy and Ashanti’s father, Meltony Billie lobbied Congress to create a notification system for adults who might be in danger and fall into that age gap. Their efforts paid off, when the Ashanti Alert was signed into law on New Year's Eve 2018.

“We just want to help save someone else's loved one -- their mother, father, sister, brother, whoever it is,” Brandy explained.

But they told WUSA9 in reality, the loophole hasn't been fixed because that system isn't operational yet.

The Billies believe wasting time in this case, could cost lives. They're known now across the country. They’ve become a support system of sorts for others whose loved ones go missing.

“We get texts and we get phone calls and we get emails like 'I'm in this situation, what do I do,'” Meltony described. “You can really only give them words of comfort, but our desire is to do more.”

“To know that there's something in place, a law that could save this person and maybe bring them home, it's heartbreaking all over again because you want to be able to tell that person 'this is in place, this can help you' but it hasn't moved forward yet,” Brandy lamented. “It's not available for you.”

“I'm disappointed the Justice Department hasn't gone ahead and implemented this alert,” he told WUSA9.

Wednesday morning, he followed up with this letter demanding an in-person meeting. He wrote he hasn't been able to get "appropriate answers."

“I'm going to stay on them until this system goes live and everyone knows that if someone is disappeared or goes missing, there's the ability for the family then to put them on this alert system,” Warner added. “So we can involve the community in trying to find these disappeared persons.”

WUSA9 tried for weeks to get answers from DOJ, as well. We asked where the Ashanti Alert Act implementation stands, is there a timeline and what are the hold-ups?

We finally got a response. A spokesperson said so far they've identified a program coordinator and assembled an internal working group. But, "there is no set timeline for implementation."

Virginia did something quickly. Officials enacted a state version of the alert, and three months later, State Police sent out the first one. Since then, they've sent out a handful more. In half of the cases, the victims were found alive in about 24 hours. All were abductions.

DOJ said it is examining how this new system can be created based on existing ones.

“We don't have to reinvent the wheel,” Brandy questioned. “It's already there.”

In the meantime, the Billies feel this is about much more than a delay in their daughter's legacy.

“Of course it's always going to be about Ashanti, but it's not going to bring her back, and it's our desire to make sure that no one else has to suffer what we've gone through,” Meltony added.

Warner's letter asked for a briefing with key people responsible for the next steps. We don't know yet if the agency will do that and when it might be.

Meanwhile, Ashanti’s accused abductor and killer remains in a federal medical center. There are concerns about Eric Brown’s mental capacity.

Doctors for the federal Bureau of Prisons determined Brown is not yet competent to stand trial. He is currently committed at the Butner Federal Medical Center. Evaluators are supposed to update the judge on Brown’s condition no later than Thursday.

Right now, the court order for commitment at Butner only goes through July 18, 2019. In the past, orders have been extended while staff works to restore Brown’s competency.

Until that happens, Brown’s trial is on hold.