The caskets are said to be 3-5 feet below ground level. 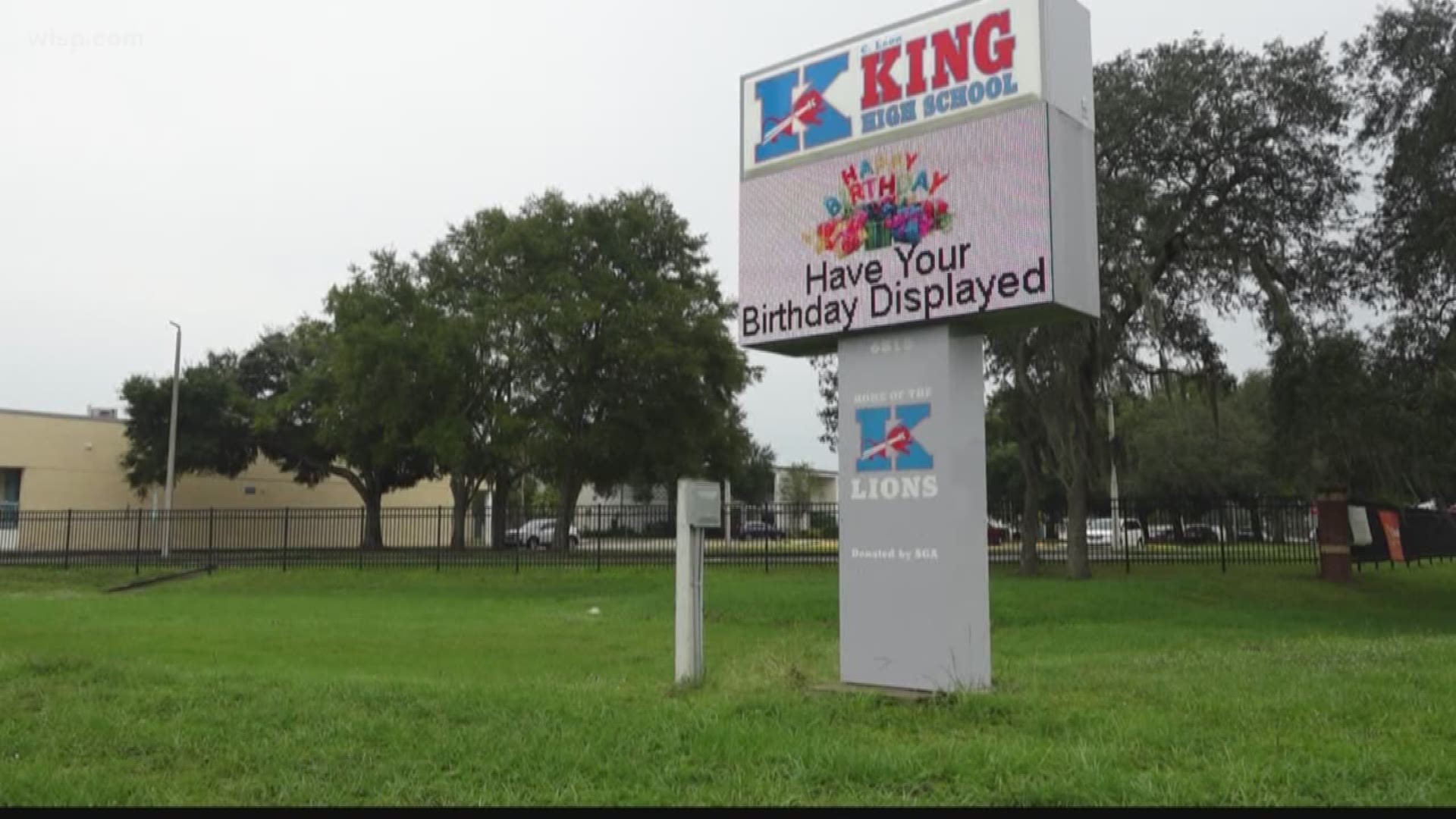 TAMPA, Fla. — Some 145 coffins have been detected on the grounds of King High School, which once was the site of an African American cemetery.

Hillsborough County School leaders on Wednesday announced the findings, saying the caskets are located about 3-5 feet below ground level. After the discovery of Zion Cemetery at the Robles Park Village property, it is the second lost cemetery discovered this year in Tampa.

RELATED: Forgotten African American graves could be buried at MacDill Air Force Base

RELATED: How did Zion Cemetery get lost in history?

The district first learned erased Ridgewood Cemetery might be on the school grounds, located at Sligh Avenue and N. 56th Street, when 10News alerted school board chair Tamara Shamburger that local researcher and whistleblower Ray Reed sent a file of records to her office in October.

That same night, the district began its own research and held a press conference the following day. It hired GeoView to do use ground-penetrating radar to scan several areas of land at King High School for graves.

RELATED: Where is the forgotten cemetery near King High? Search for answers begins today

The district chose to scan multiple areas due to conflicting information about where the cemetery could be on its property. It says the southern edge of the school campus first was scanned by radar which, by itself, cannot tell what exactly is underground.

They show 250-267 burials happened at the one-acre cemetery. The district believes only 145 coffins were found because as many as 77 buried in the cemetery were infants or children; their coffins would be hard to find through ground scanning.

A second area of interest, the northeast corner of the school's campus, was scanned but there was no evidence of any burials.

The city of Tampa originally owned the property, purchasing a 40-acre parcel in 1933 along 56th Street and Robles Avenue for a pauper’s cemetery. Hillsborough County Schools purchased the property in 1959 and built King High School in 1960.

School leaders fenced off the entire area in question since they were told of possible burials. An agricultural workshop building, built in the 1970s, is within the perimeter and there are plans underway to remove it.

"Hillsborough Schools is delivering these findings to the county Medical Examiner and State Archaeologist today—as outlined in Florida law," the district said in a release. "We expect they will take the next 30 days to review this report. They can then keep possession of the land or decide to turn the land back over to the school district."

If the land is turned back to the district, leaders say they'll work on determining proper ways to memorialize the individuals and respect the space.