Protesters and counter-protesters of Silent Sam met on the campus of Chapel Hill Saturday after reports that Confederate groups were planning to put flags around the campus. 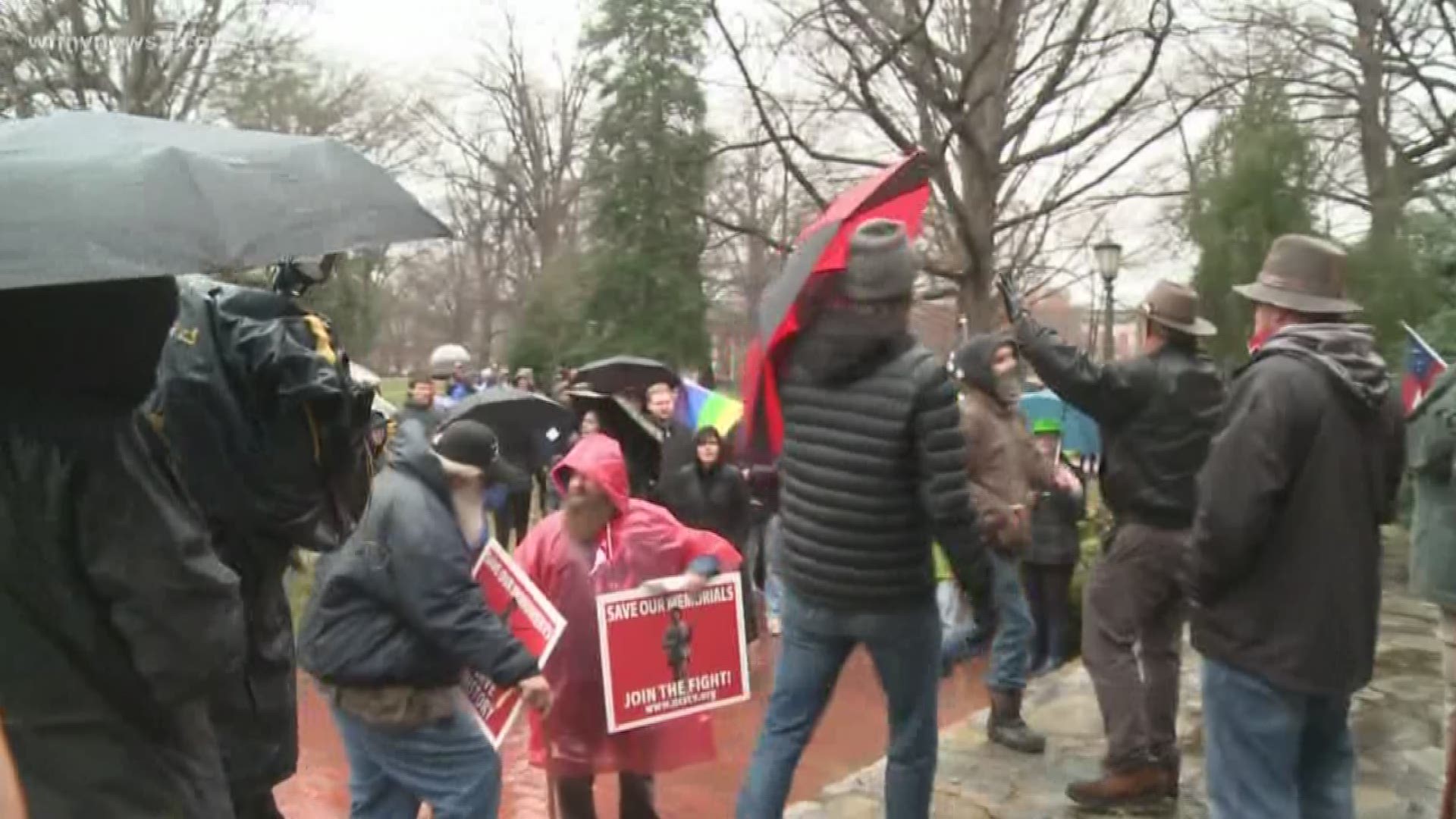 Members of the 'Hiers of the Confederacy' group came onto the campus of UNC-Chapel Hill with Confederate flags.

This comes after previous reports that the group planned to put Confederate flags around campus where Silent Sam once stood.

The controversial statue was taken down by protesters who deemed it racist, and its base by former chancellor because it posed a security risk.

The group was met by counter-protesters and members of 'Defend UNC.'

In a Facebook post before Saturday's protest, the group set a time to meet at the Silent Sam Hole at 12:00 p.m. on Saturday, February 23.

11:53 a.m. -Protesters started to arrive on the campus of Chapel Hill.

11:55 p.m. More protesters arrived to raise Confederate flag where #silentsam once stood. The controversial statue was taken down by protesters who deemed it, racist.

1:16 p.m. - Opposing sides meet face to face during the protest.

1:51 p.m. - Pro-Silent Sam protesters remain in the midst of dozens of anti-racism protesters.

RELATED: On Her Last Day, UNC's Carol Folt 'at Peace' with Decision to Resign

RELATED: 'I Can't Say Where It's Going To Be:' Chancellor Folt Speaks Out After Thursday Silent Sam Protest