Aiden 'Tank' Rozier will be missed by his family and the community. 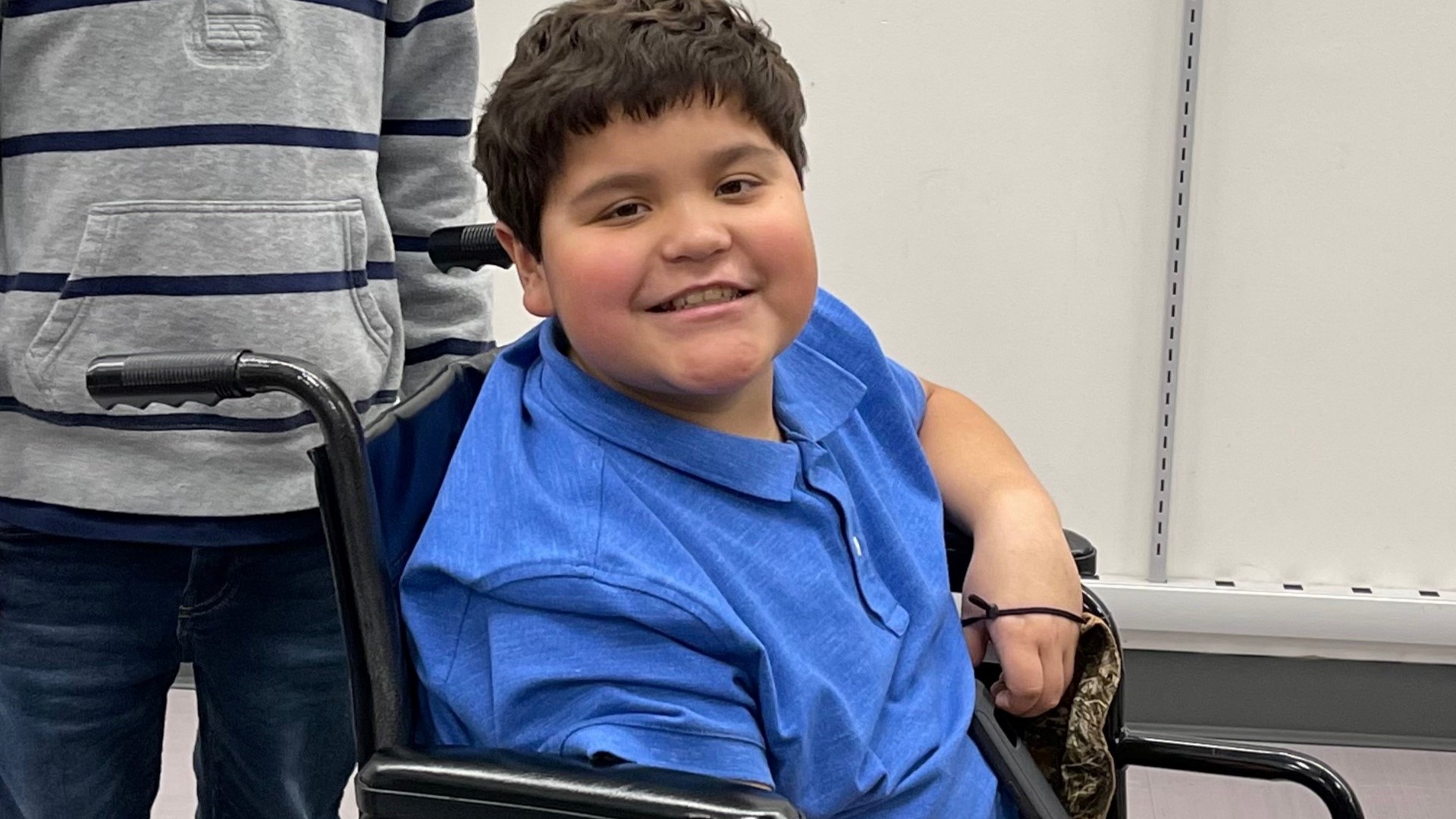 Editor's Note: The video in the story is from a previous story.

According to his family, Aiden 'Tank' Rozier died just before 4 p.m. under at-home hospice care.

He was diagnosed with cancer in his right leg in August 2019. He had treatment, but the cancer spread and doctors told his family it was terminal.

Aiden had a bucket list of all the things he wanted to do. One of those things was to see snow.

Fighting All Monsters (FAM) and a group of Central Georgia moms came together to raise money to send Aiden and his family to Denver for two days.

RELATED: 'I had fun': Houston County boy with terminal cancer receives his dream trip to play in snow

Some other things he wanted to do included meeting an NFL player and holding a turtle. People in Central Georgia rallied to get those wishes taken care of.

A former Stratford Academy standout and NFL rookie Quintez Cephus made a visit to Warner Robins to meet Aiden.

The Detroit Lions wide receiver gave Rozier a jersey and brought some snacks for the big game.

A woman in Central Georgia also helped Aiden achieve his wish to hold a turtle.

If you would like to donate to help the family pay funeral and end of life expenses, you can visit here.