CHAPEL HILL, N.C. (WNCN) - UNC-Chapel Hill officials Saturday night released the names of 11 people arrested this week in connection with the toppling and subsequent protests of a Confederate monument on campus known as "Silent Sam."

On Monday, the statue was torn down from a pedestal where it was erected in 1913.

Initially, officials said three people were charged in the Monday incident, but UNC officials said Saturday that a fourth person was charged with concealing one’s face during a public rally and resisting arrest.

The three others charged in the statue toppling incident were arrested Saturday, UNC officials said in a news release.

Here are the names of those arrested and charged with misdemeanor riot and misdemeanor defacing of a public monument in Monday's incident: Jonathan Fitzgerald Fuller, 27; Lauren Aucoin, 23; and Raul Arce (a.k.a. Raul Mauro Arce Jimenez), 27.

Also Saturday night, UNC authorities released the names of those arrested and charged during Saturday's protests, which were violent at times.

Danielle Shochet and Barry Brown were charged with simple assault while John Quick was charged with assault, according to a news release. 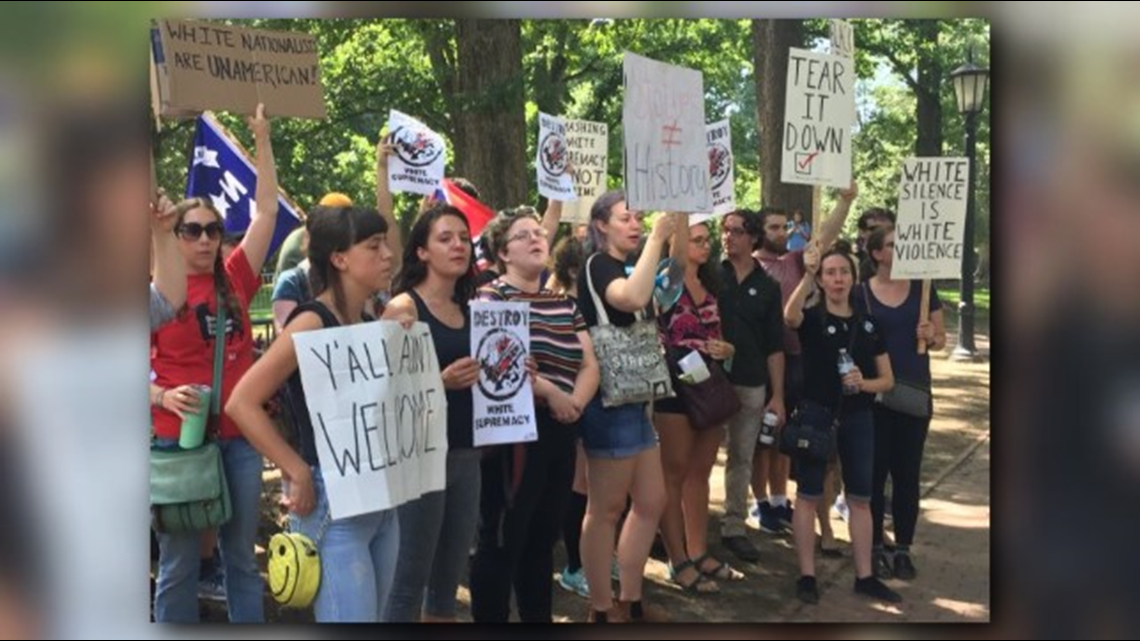 Alexander Joustra and Lillian Laura Price were charged with injury/damage to property.

Thomas Bruefach was charged with resisting arrest and causing/inciting a public disturbance.

University officials noted Saturday that the 11 arrested were not a part of "the UNC community."

The Silent Sam statue is now in temporary storage.