137 People Losing Jobs At IFB Solutions in Winston-Salem, 76 Of Them Are Blind

IFB Solutions says the Department of Veterans Affairs will not be extending its long-term contracts with the company to produce eyeglasses for veterans and families. 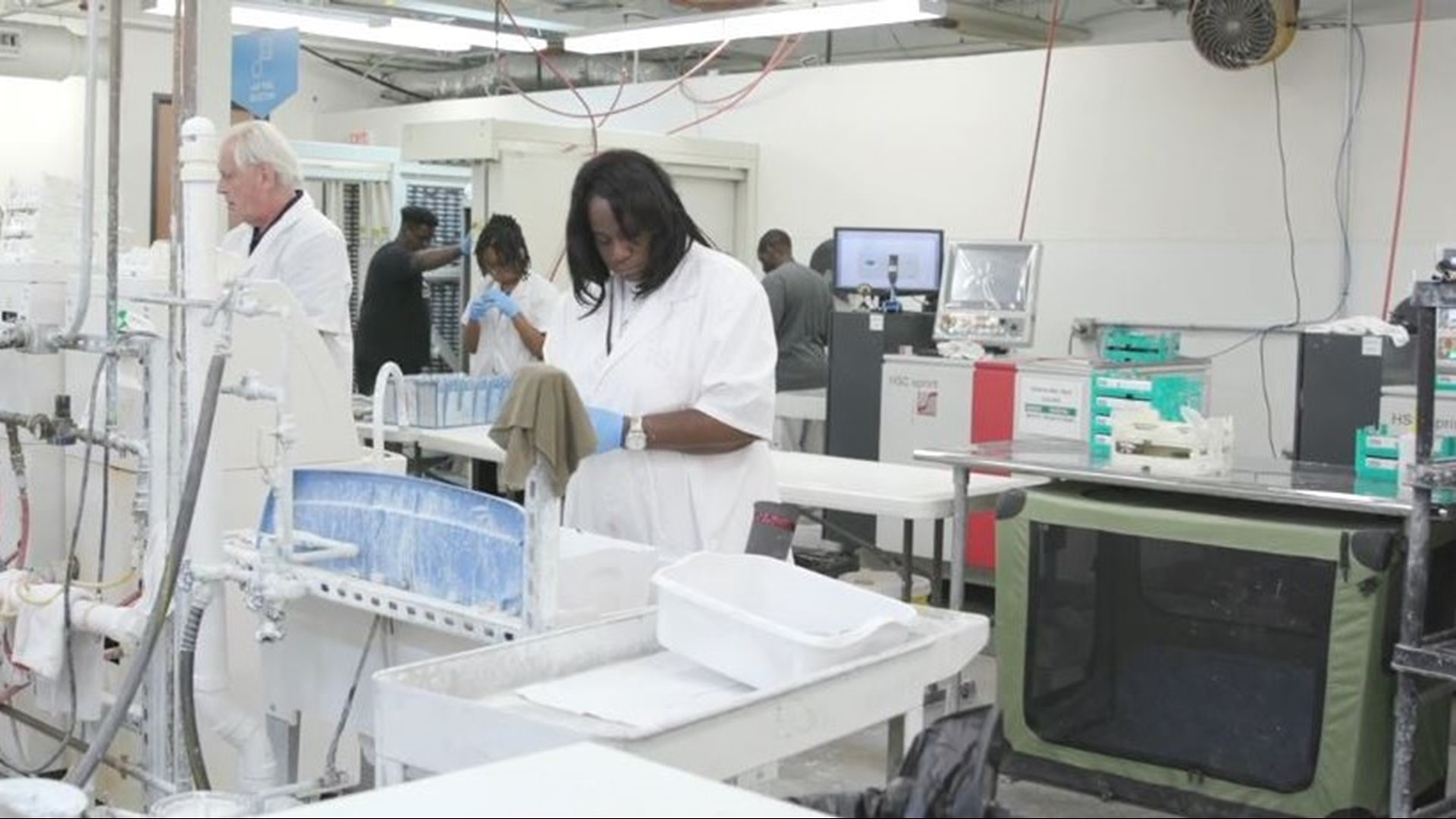 WINSTON-SALEM, N.C. — IFB Solutions in Winston-Salem is removing 137 optical lab jobs after the Department of Veterans Affairs decided to not extend its long-term contracts with the company.

IFB says the VA made the changes after a recent court order that the Rule of Two, as currently outlined in the Veterans Benefits Act, gives priority to veteran-owned companies over AbilityOne nonprofits, who employ people who are blind from across the country, like IFB Solutions.

“We do not believe that Congress ever intended to benefit veteran-owned small businesses at the expense of people who are blind or severely disabled,” said Dan Kelly, chief operating officer at IFB Solutions. “There is plenty of business for both veteran-owned small businesses and AbilityOne nonprofits, many of whom, like IFB Solutions, also employ a significant number of veterans.”

This week, IFB Solutions CEO David Horton and IFB optical lab employee Scott Smith will join other AbilityOne representatives in Washington, D.C. to meet with national lawmakers, including Representatives Virginia Foxx and Mark Walker and Senator Thom Tillis, to discuss the impact on people who are blind or visually impaired.

“I’ve spent my entire career creating and fighting for jobs for people who, like me, are blind and face a job market with limited opportunities – 70 percent of working-age adults who are blind are not employed,” said Kelly. “AbilityOne nonprofits like IFB Solutions provide employment for more than 45,000 people who are blind or severely disabled. If we aren’t vigilant in protecting the jobs as intended by Congress when it created the AbilityOne program back in 1938, those individuals may have nowhere to turn.”

In a press release, Kelly says the company is committed to continuing to serve the community, but the loss of optical contracts with the VA is a significant hit to its business.