He just bought a car. Then it broke down. Our Call For Action team helped him save $4,000.

Khalen Turner was stuck with a big repair bill two weeks after buying a car. The dealership wasn't helping, but our volunteers discovered the repairs were covered. 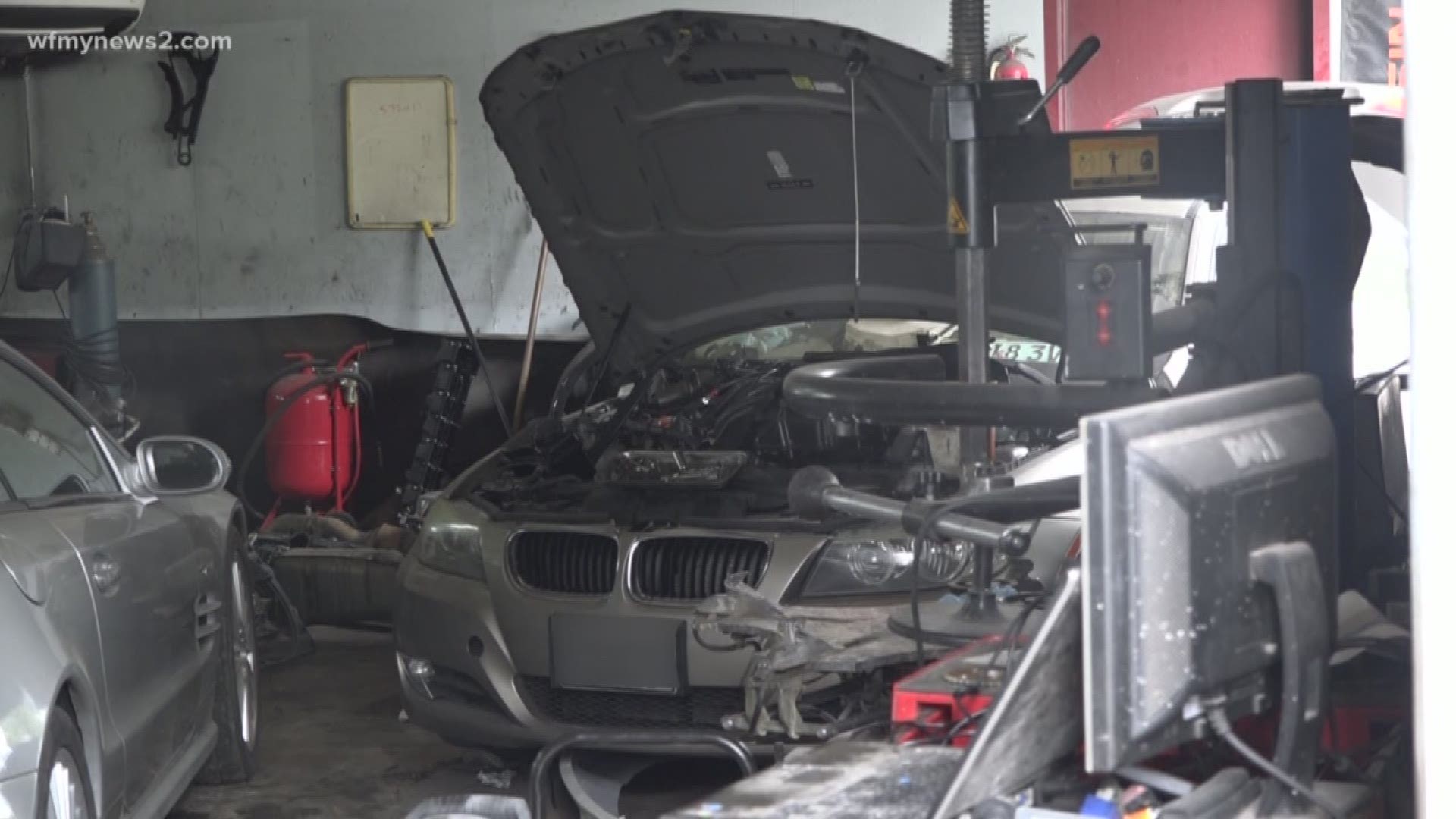 MEBANE, N.C. — Khalen Turner was trying to decide exactly what he wanted. What color? What style? What price? All those questions were part of his search for a car.

“We were looking online, around town, all over,” said Turner.

He would often find a car he liked, but before he could get to the dealership, it would be sold.

Could Call for Action help you? Click here to submit a complaint.

“A lot of the cars were not close, and before I could get a ride, they were gone,” he said.

Turner and his mom eventually started looking at dealerships closer to home. He came across a BMW that he really liked. The car had almost 130,000 miles on it, but it seemed in good condition and it fit his price range.

Turner went with his mom to buy the car after having a local mechanic check it out. The search was finally over, and now mom didn’t have to drive her son to work anymore.

“He was so excited, and he saved up for that car,” said Tashawna Zeba.

That excitement quickly turned to frustration. Only two weeks after buying the car, it stopped running.

"I noticed it was screaming where the vacuum pulls air in through the cover valve,” said Turner.

He took it to the shop and learned the repairs would be costly. Turner was told he would need to replace a few parts. Including the timing chain, the cost was right around $3,000.

“I didn’t know what to think,” said Turner.

The family reached out to the dealership to tell them the car stopped working, and while the owner seemed to be willing to help with the fix, Zeba says that changed when he found out the price.

“When he found out the amount of repairs, he reneged on helping us,” said Zeba.

Knowing her son could not afford to pay for the repairs anytime soon, Zeba reached out to our Call for Action volunteers and our 2 Wants to Know team. We first spoke with the owner of the repair shop to find out exactly what needed to be repaired. We then contacted the owner of the dealership that sold Turner the car.

While reviewing the contract and all the paperwork, we discovered Turner purchased a warranty on the car. It wasn’t an extensive warranty, but it appeared to be enough.

“It covers 4,500 miles and all major components including the timing chain,” said Zeba.

The dealership helped the family work with the warranty company, and the repair shop, to get the work done. It appeared things were on track to have the car fixed and back to Turner in a few weeks. But after the initial repairs, more issues popped up.

“It’s a big relief, a lot less stress on my shoulders,” said Turner.

Since the repairs, the car has been working well and thanks to our team, we saved the family almost $4,000 in repairs.

“I don’t think we would have gotten this far without your help. I truly appreciate it,” said Zeba.