Your stimulus #3 payment is headed to your account Wednesday

Why did it take so long? It has to do with the information you have or don't have on file with the IRS. How to get in the system. 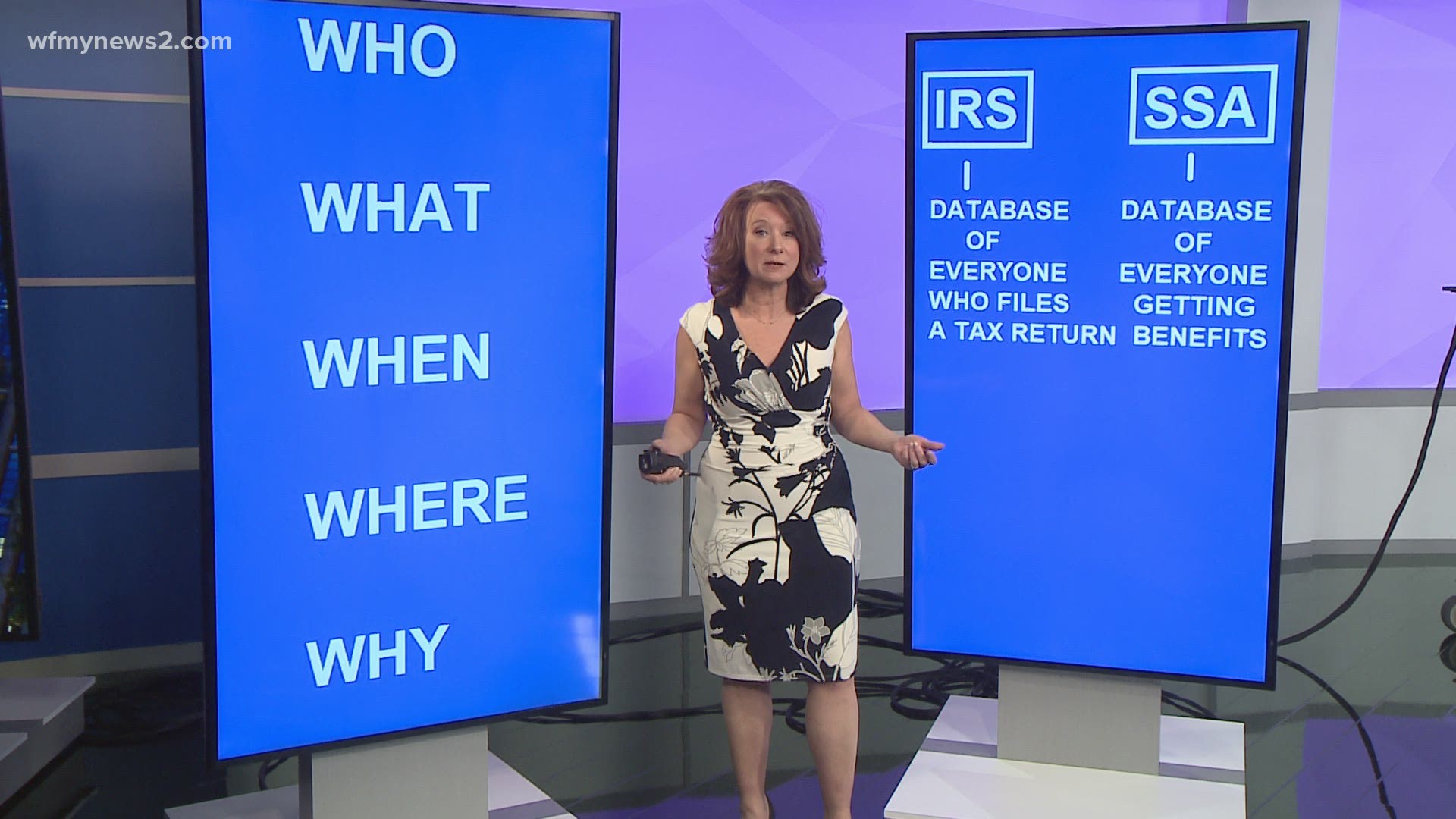 GREENSBORO, N.C. — Let's answer the who, what, when, where, and why of Stimulus #3 payments this week.

“What’s been a matter of concern has been the folks on SS and SSI not getting their payments. The IRS confirmed it will happen primarily by direct deposit on April 7,” said Mark Hensley, AARP NC, Triad Region.

The IRS confirms the third round of stimulus payments is on the way to folks. The money could be pending in your bank account right now, but will officially be released on April 7.

Now back to the why. Why are a lot of folks on SS, SSDI, and SSI just now getting their payments?

If you are on Social Security, but you file taxes, you most likely got your stimulus payment in the first week. The IRS has your info and they are the ones sending out the payments.  This leads to:

“It's good to get in the system. I had folks who hadn't filed in a few years and are on social security and we filed and they were able to get their stimulus money, so it's a good idea,” said Kevin Robinson, Robinson Tax & Accounting Services.