She paid $6,800 for bad cabinets, now she’s getting money back thanks to Call for Action

Pamela Chandler just wanted a nice kitchen with new cabinets, floors and paint. She ended up paying for shoddy workmanship and a kitchen she doesn't like. 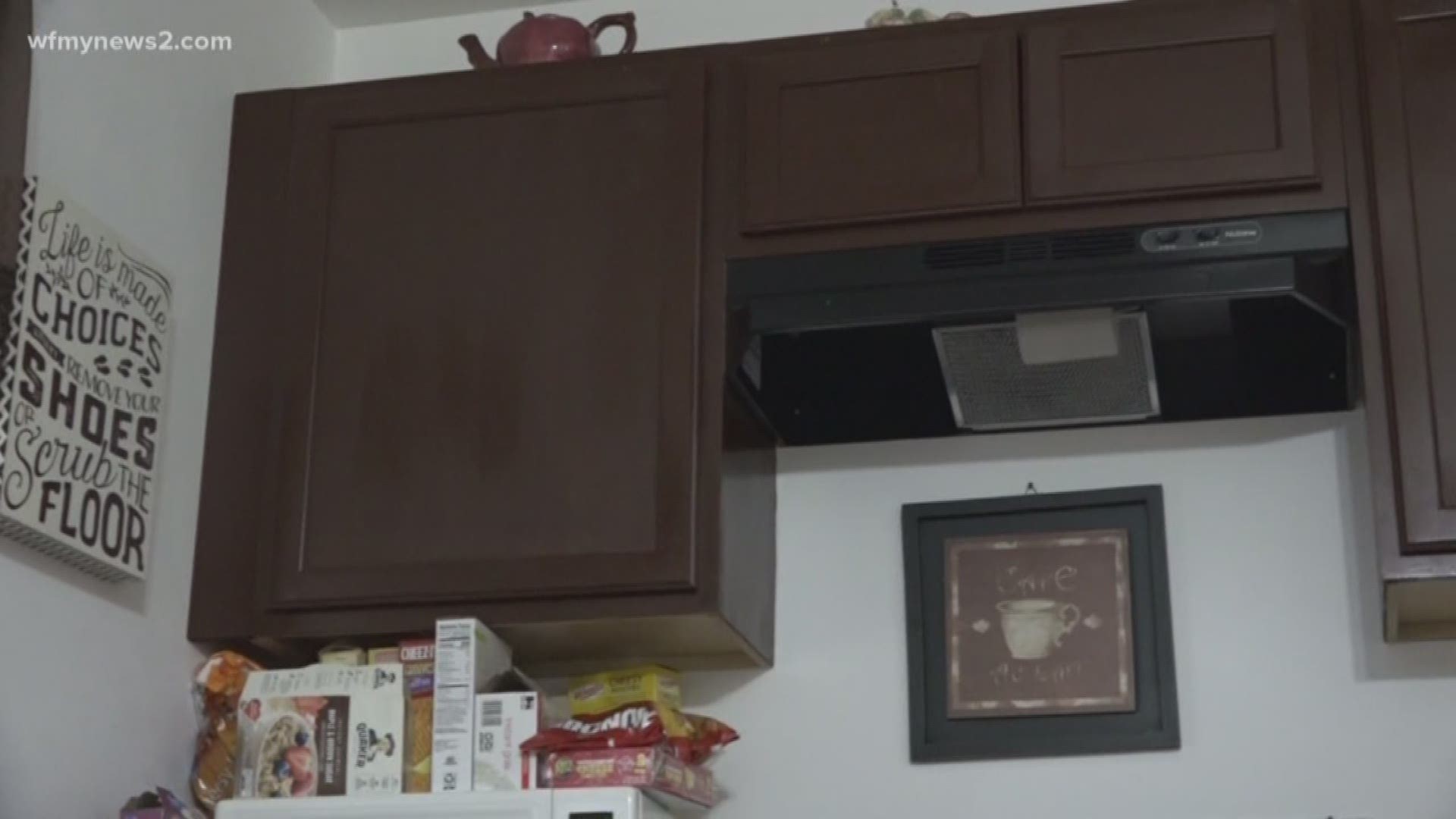 GREENSBORO, N.C. — Pamela Chandler always wanted a nice kitchen with an island and plenty of cabinet space. The kitchen she has is not that big but there’s plenty of room to make her dream a reality, “I was really excited to redo the kitchen and make it nice,” said Chandler.

While looking for someone to do the job a friend mentioned a man, she knows who could use the work. Chandler met with him and agreed to let him do the job, “We signed a contract and everything,” said Chandler.

WFMY News 2 decided not to identify the man because it’s not perfectly clear what he was hired to do and what he did. While the contract states certain items both parties contend other items were discussed after the contract was signed.

The main issue seems to be how the cabinets were placed in the kitchen. Chandler says the layout is not at all what she wanted, “I’m not happy at all.” said Chandler.

A good chunk of the work was done after Chandler paid the entire $6,800 to have the work done. It included staining and hanging several cabinets, installing new floors, reconfiguring the sink and countertop and some painting, “I don’t like it,” said Chandler.

The entire job also took way longer than Chandler hoped, “I think he had too many jobs at one time. He would come in for a while and then not come back for a week,” said Chandler.

Eventually, the job was almost done but it wasn’t what Chandler wanted and she was not able to reach him to explain what she wanted, “I called and texted,” said Chandler.

A few weeks went by before Chandler was finally able to reach him, “I said I’m sick of you and I refuse to work with you anymore and I want some of my money back,” said Chandler.

The man never showed up at the house again but neither did the money. Unsure what she could do Chandler reached out to our Call for Action volunteers, “I needed help,” said Chandler.

Our team of volunteers was able to finally reach him and explain what Chandler was requesting. He didn’t agree with everything Chandler was saying and defended the quality of work but did agree to refund part of her money.

A few days later he showed up at Chandler’s home and dropped off $700, “I’m just glad it’s over,” said Chandler. The money will at least allow Chandler to pay for a few fixes that Chandler wants to be done.

RELATED: 'Twas a great year for our Call For Action team helping get back $100K

RELATED: ‘He spent 40 hours on the phone,’ couple says they got the runaround before getting a $1,000 refund from AT&T