The callers sound legitimate. How do you know they're fake? 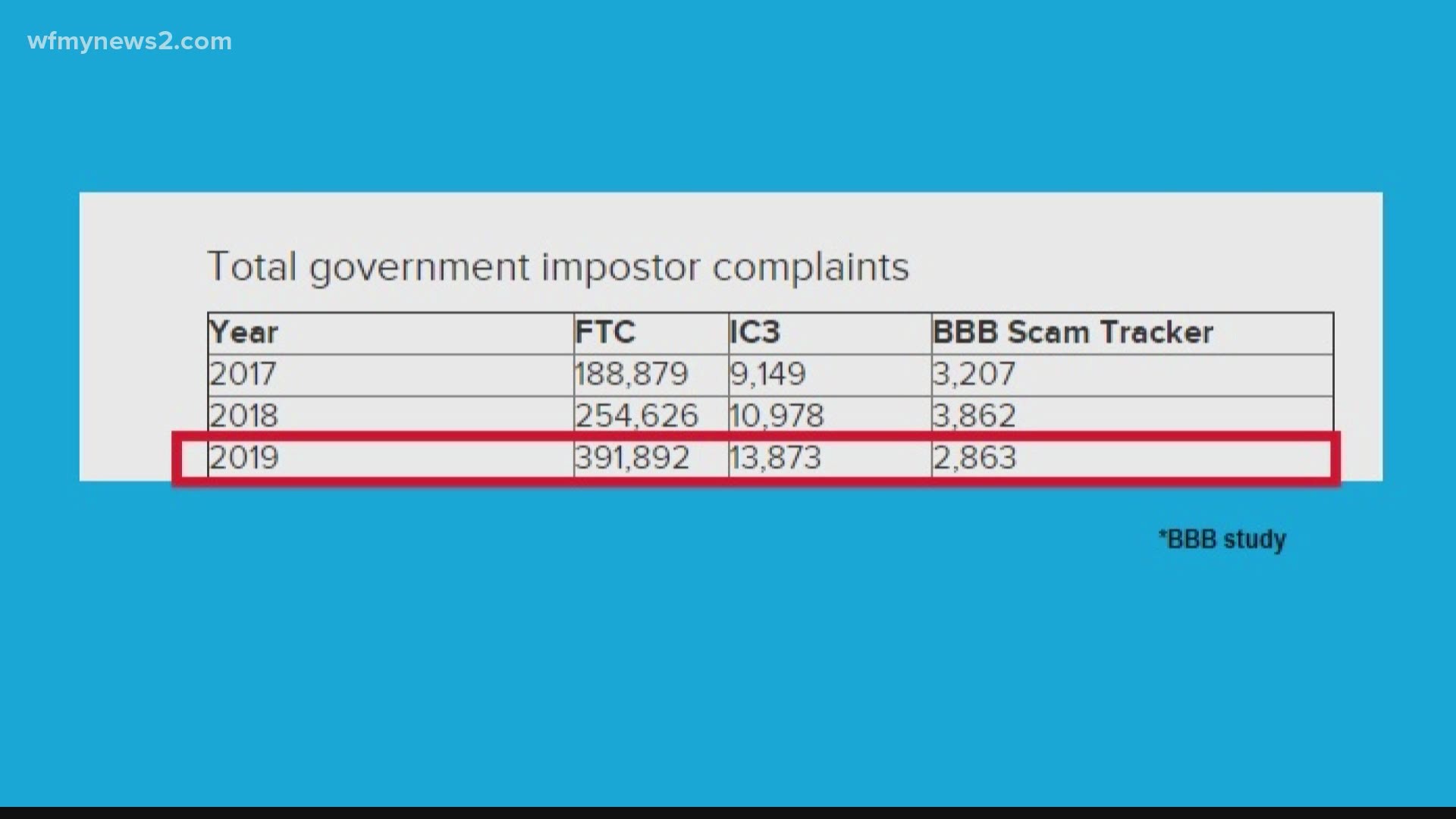 GREENSBORO, N.C. — These are government agencies you know: IRS, SSA, and your local police department. You often rely on these agencies for your benefits, money or protection. Which is why scammers like to pretend to be these agencies.

According to the Better Business Bureau, 44% of Americans got a fake call from a "government agency".

“They are spoofing government numbers so your caller ID says it's coming from the CDC or the IRS and they also have information about you, name, date of birth may be, which gives them more credibility because it makes you stop and think if they know that they must be with the government,” explained BBB’s Lechelle Yates.

Check out the numbers the BBB confirmed in their study. The total number of complaints made about government imposter scams hit 391,892 to the Federal Trade Commission,13,873 to the FBI's Internet Crime Complaint Center, and 2,861 to the BBB Scam Tracker last year.

The most common calls according to the complaints made are fake IRS calls, Social Security Administration, and due to the pandemic, add in now the CDC. Here's the big thing to remember, these agencies don't call people out of the blue and these agencies don't ever take a gift card as payment for anything. If you're asked for a gift card you know it's a scam.

About 6% of people who report fake government scams actually lose money. While that is a small percentage, it amounted to at least $124,000,000 lost.

“Your voice is very important. I know sometimes it seems you're emailing no one, but they are taking account of these and trying to stop it.”

“They” are the BBB, NC AG, and the FTC. Click on each one to make a complaint. When you report the calls, they keep track and are able to take legal action against the people making robocalls.