BBB: Watch Out For Bogus "Best Of" Awards

An investigation by our sister station KARE 11 finds that some “Best Of” awards may be duping both businesses and consumers. 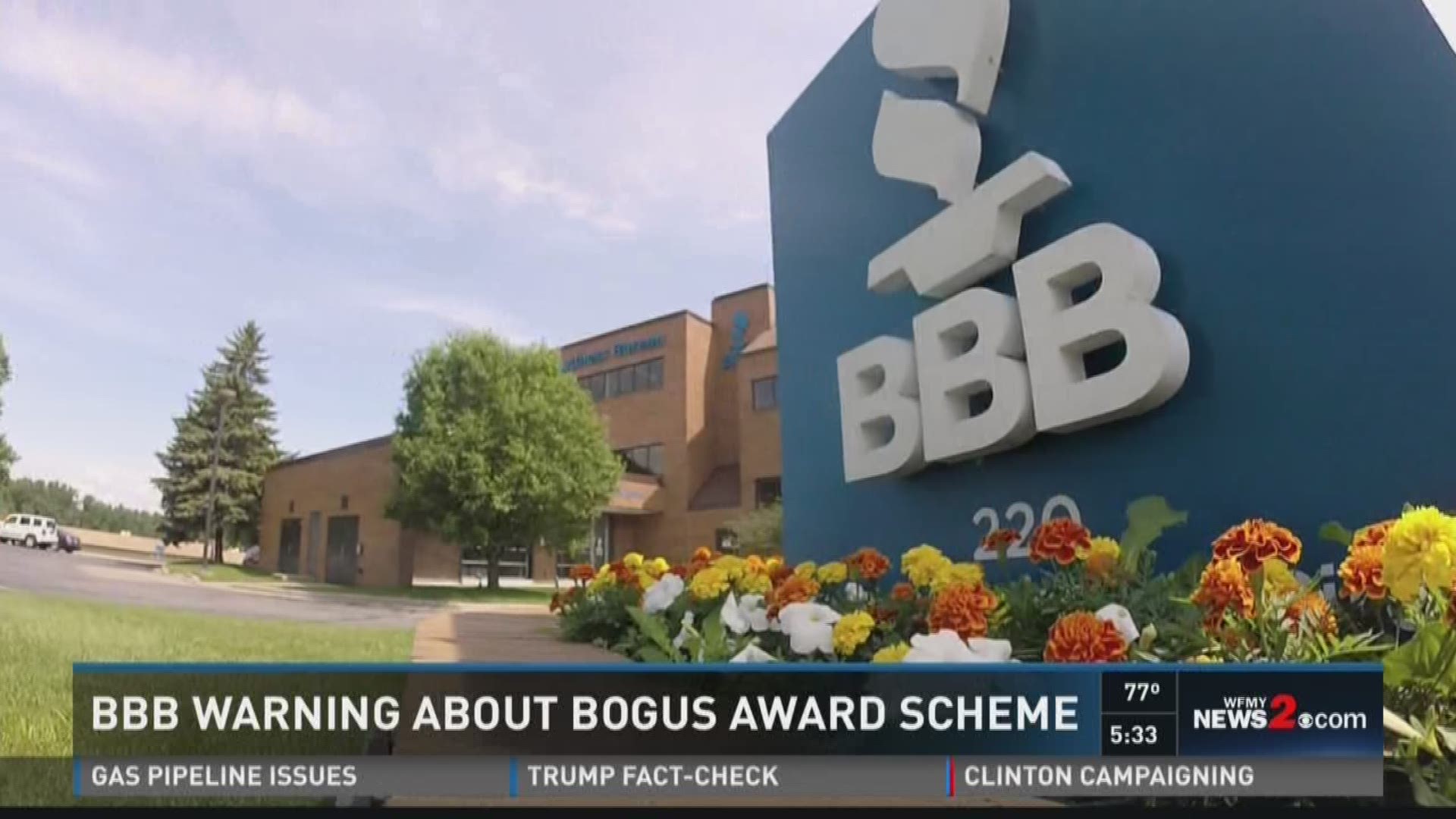 MINNEAPOLIS -- An investigation by our sister station KARE 11 finds that some “Best Of” awards may be duping both businesses and consumers.

The owner of a successful central Minnesota pet boarding business says he nearly fell for what the Better Business Bureau (BBB) calls a vanity awards scheme.

“When it comes to this business, people are very, very picky about where they bring their pets, “said Jeff Peters, owner of Rio Gran Pet Boarding in Hastings.

So imagine his pleasure when he received an email notifying him that Rio Gran had won the “2016 Best of Hastings Award.”

“Oh yeah, we were really excited,” Peters said. “Look what we can display on our website, look what we can put up on our counter when people come in,” he thought.

But Peters says his excitement soon gave way to disappointment when he discovered he’d have to pay $150 to claim the award.

“Pretty quickly determined that it was a scam,” he said.

The BBB warns that small businesses all across the country are being targeted with unsolicited emails notifying them they’ve been named the “Best Of” their community.

The so-called awards often have no judging criteria and no real voting by consumers, according to the BBB.

“Never buy your own award,” said Hendrickson. “You’re just paying for a trophy with your name on it.”

What’s more, the websites that claim to sponsor the awards usually disappear quickly. That is what Hendrickson discovered when he tried to access the website that sent the award notice to Rio Gran Boarding.

“The website is gone - says the resource cannot be found,” Hendrickson said. “These awards, especially in a case like this, are nebulous and likely worthless.”

Businesses aren’t the only ones who can be fooled. Worthless awards used in advertising can also trick customers.