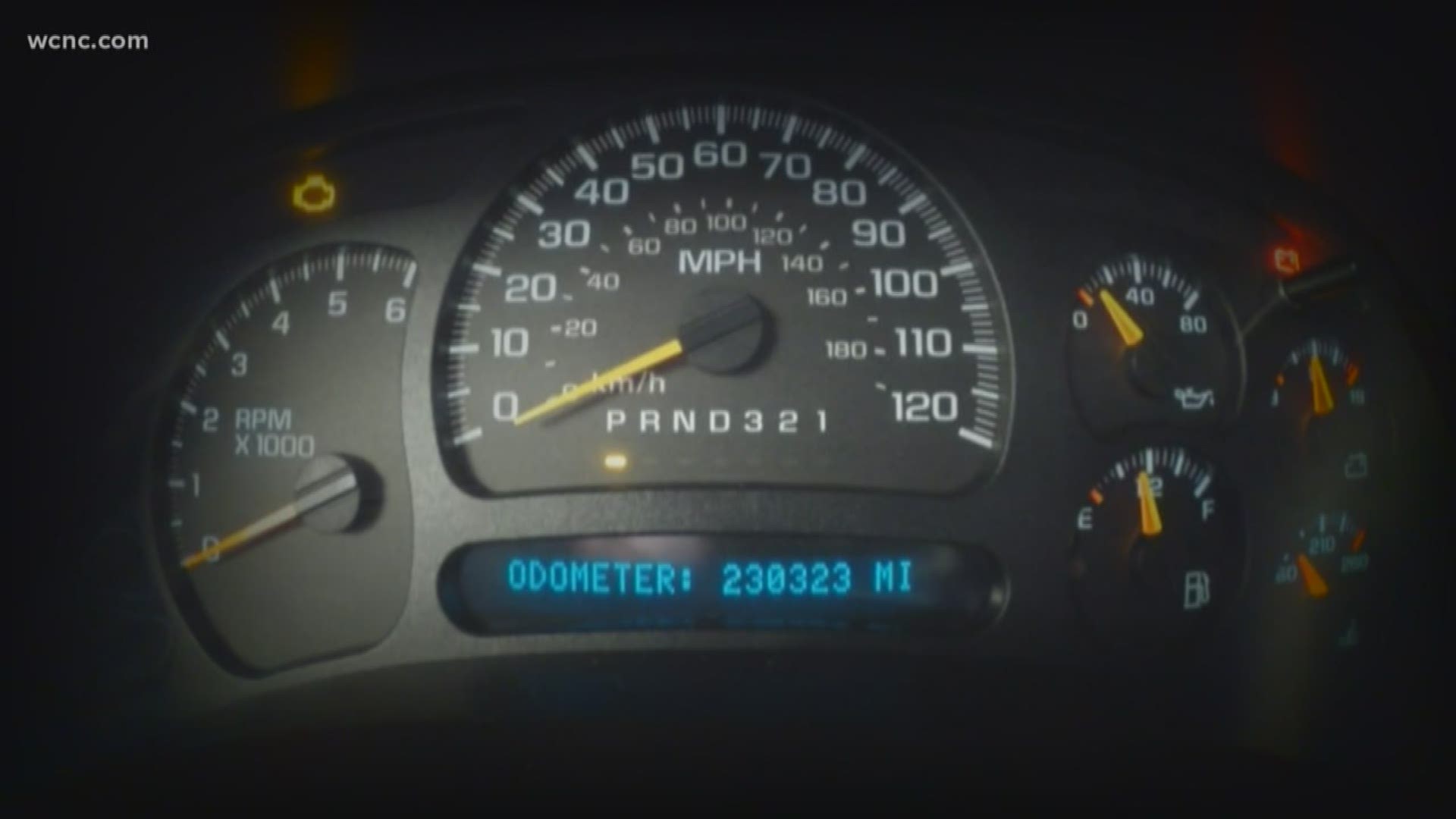 CHARLOTTE, N.C. — Americans are buying more used cars today than a decade ago, but our hidden camera investigation found sales aren't the only thing going up.

The number of used cars flagged for possible odometer rollbacks is on the rise too.

Carfax reports 55,000 possible odometer rollbacks alone in the Carolinas with North Carolina ranked the 11th worst in the country. Emilie Voss said just under 13,000 of those are in the Charlotte-area.

We partnered with Carfax and found local dealers advertising one thing, but selling another. For example, a Carfax report showed a 1997 Chevrolet Corvette for sale just north of Charlotte flagged for a potential rollback long before its arrival in North Carolina.

"What's the mileage on it?" we asked the used car dealer.

"You can trust that mileage?" we asked.

You may think fraud went out the window with analog odometers, but Voss said it's even easier to change the mileage in the digital age.

"The digital odometer is very easy to manipulate and in a lot of cases, easier to manipulate than the analog one," Voss said. "We estimate about 200,000 cars have some sort of odometer manipulation done each year. Those are cars that have strong signs of manipulation."

Voss said a tampered odometer costs a customer $4,000 in unexpected service costs on average and, unnecessarily, puts drivers in danger.

"This is concerning because when a conman rolls back an odometer, it not only rolls mileage off the car, but it also takes money out of your pocketbook," she said.

The North Carolina Department of Motor Vehicles knows the dangers too. The state opens odometer fraud investigations every year, with 79 since 2014, according to a spokesperson.

Since there's no evidence any of the dealers we visited changed the mileage themselves, we are not identifying them. After our visit, we alerted the salesman of the Corvette about the potential rollback.

He said his AutoCheck report did not identify the problem but pledged to be transparent with customers moving forward.

Unfortunately, another salesman in another part of the area never had the chance. He advertised a 2003 Chevrolet Silverado with 199,000 miles, but the CarFax report showed just two years ago in Virginia, that same truck registered 431,194 miles.

Even worse, someone is now driving it and probably doesn't even know its full history. The used car dealer said he sold it before we even visited the dealership.

How can you protect yourself? For one, Carfax offers a free odometer checking tool.

"If you see a discrepancy in the readings, that's a red flag and something you might want to walk away from that sale," Voss said.

In addition to using the website, Voss suggests people always take the car to a professional to have it checked before buying it.

'Armed and dangerous' Marine deserter sought in fatal shooting could be in NC, deputies warn