“The noise was so loud, it was like ripping something underneath,” said Celie Flinchum. 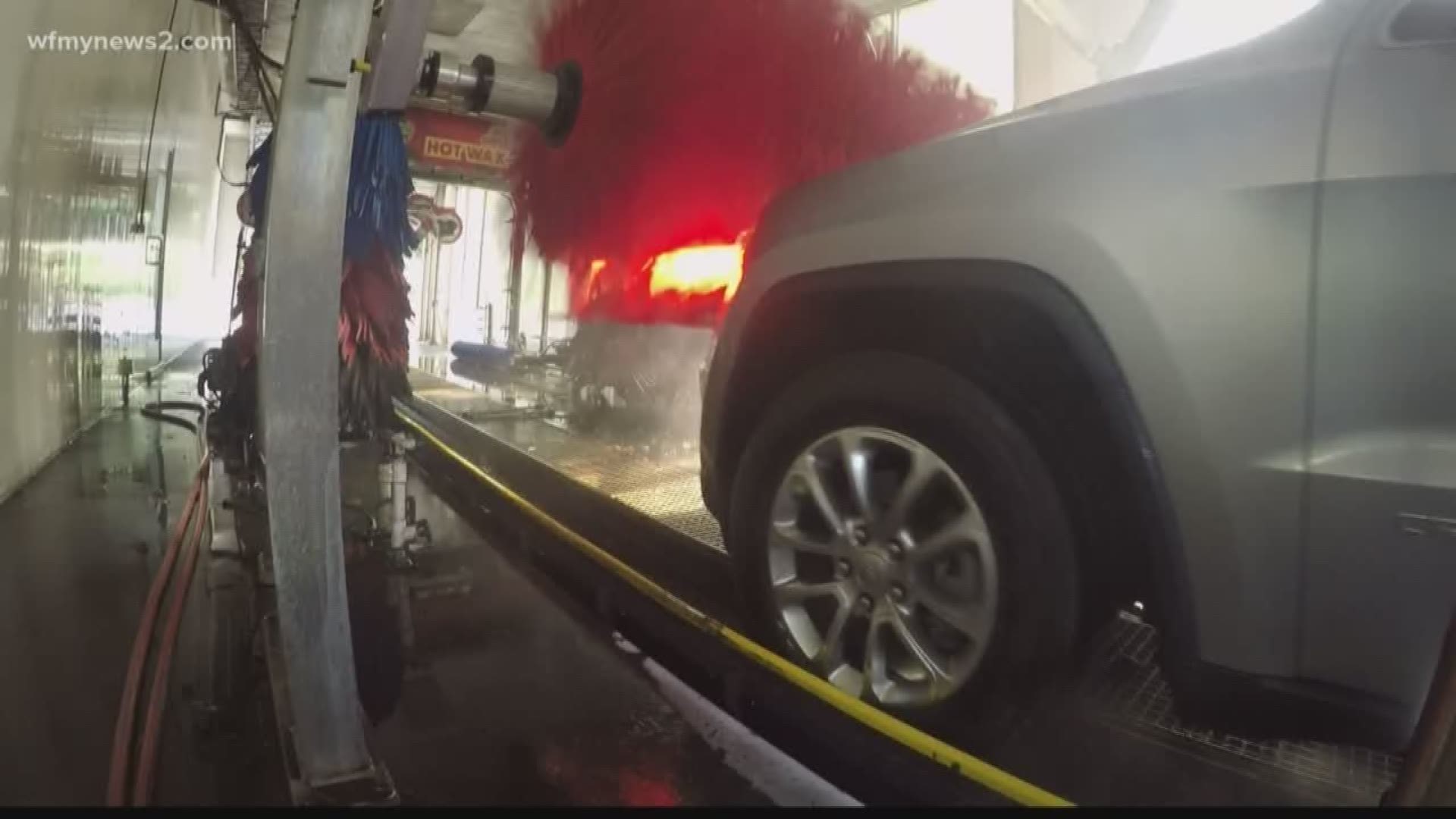 GREENSBORO, N.C. — Raise your hand if you remember sitting in a car when you were a kid as your mom or dad went through the car wash. Watching the soap and water pour down and engulf the car as those giant buffers pounced down to scrub it was cool.

For kids, it will always be a joy and for parents or adults, it is simply easy and effective. Washers these days have options that include wax and paint protection along with the standard soap and water.

Drive down streets in most big cities and you can find several car washes lining the road, “I like having them around,” said Celie Flinchum.

Several months ago, Flinchum took her Lincoln Navigator to a car wash in Greensboro. She and her husband pulled up to the wash, put the SUV in neutral and started to roll through the wash. It didn’t take long, 15 seconds, before something went wrong. “The noise was so loud, it was like ripping something underneath,” said Celie Flinchum.

Unsure what was going on and unable to do much Flinchum started honking the horn, “They all came running,” said Tony Flinchum.

One of the workers hit the emergency shut off switch as a few of the other workers tried to figure out what happened. The Navigator sat still for a few minutes before the workers figured out the problem.

Once out of the car wash Flinchum and her husband quickly noticed the issue. One of the retractable running boards was ripped off, “It was just flopping around,” said Tony Flinchum.

The board caught on a piece of equipment and snapped the metal bracket that connects part of the board to the SUV, "They never say sorry once,” said Celie Flinchum.

A manager did come out and told the couple to go get two estimates for the damage, “We assumed they would pay for it,” said Tony Flinchum.

The couple returned a few days later with the estimates and were told the company would not pay for the repairs, “The manager says they're retractable running boards and they should not be down,” said Tony Flinchum.

Celie and Tony said they had the running boards down before going in the car wash and signaled to an attendant who gave them a “thumbs up” before hitting the start button.

The company eventually agreed to offer a little more than $1,000 for repairs. The problem was the estimates were both much higher. The family decided to send another offer back to the company, “We didn’t feel like we should have to pay out of our pocket since we did nothing wrong,” said Tony Flinchum.

WFMY News 2 reached back out to the company as well in hopes of working out a fair settlement. It took a few more weeks and several calls and emails but the company finally agreed to pay the full price for the repairs, $2,250, “You (News 2) have been so great, I don’t know if we would have gotten anything if you had not got involved,” said Tony Flinchum.

The couple agreed not to identify the car wash company in exchange for a full refund and WFMY News 2 will honor that request. We will not name the car wash but we will tell you to ask about running boards or other features before entering any car wash and get something in writing just in case something goes wrong.

RELATED: Still No Pool, But Veteran Gets $1,200 Refund Thanks to Call For Action

RELATED: Woman Gets $500 Back After AT&T Promotion Isn’t What It Seems