Is it really a Census worker at your door?

Neighbors on the Next Door App said they've been seeing folks with name tags going door-to-door. 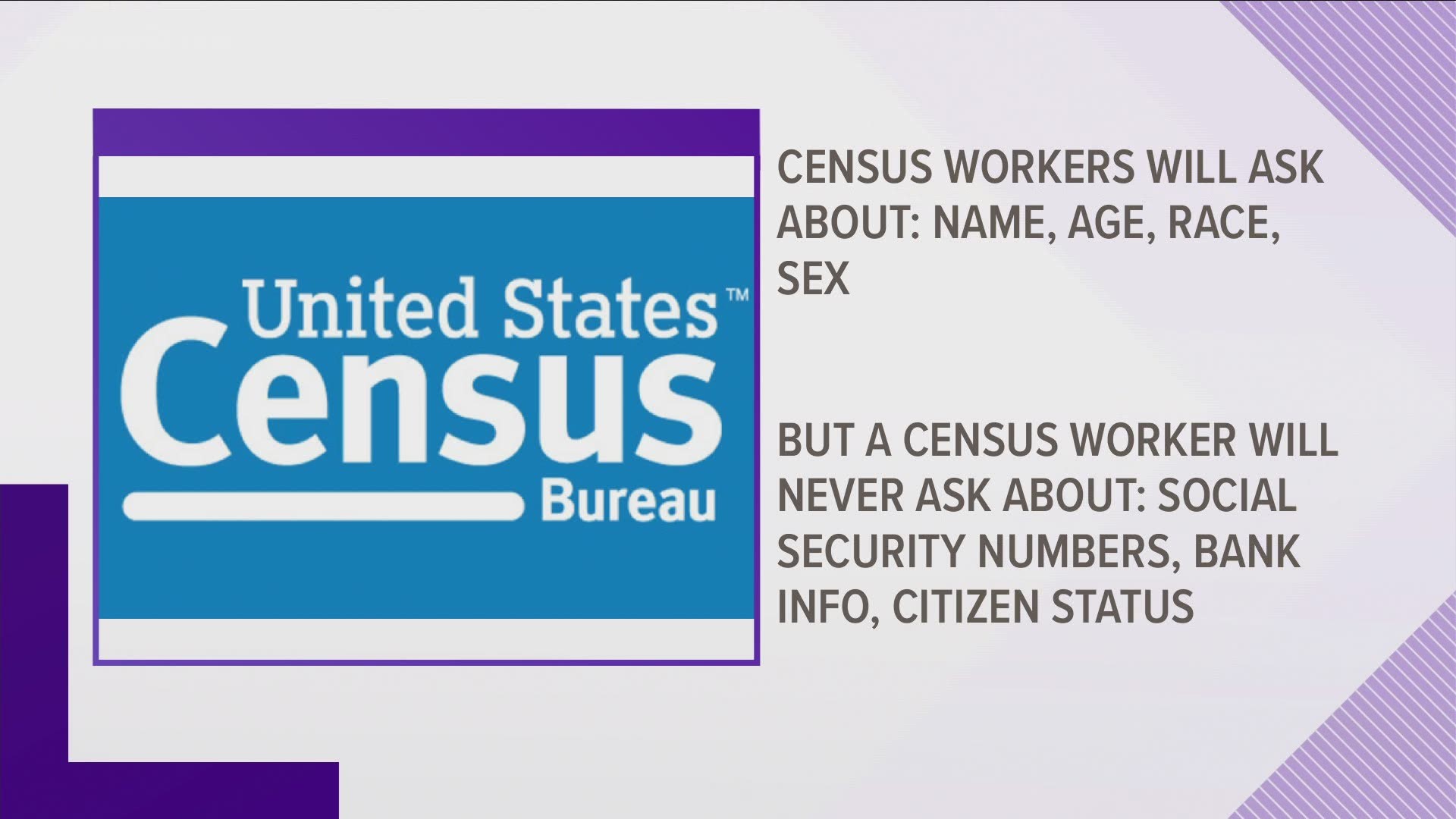 GREENSBORO, N.C. — Someone is at your door? What do they want? Folks on the Next Door app are talking about it.

One neighbor wrote the following:

“I've had three people come to my door. All wearing a tag around their necks, wearing khakis and white shirts. They will ring the doorbell then step down to the bottom of the steps. I didn't go to the door.”

It sounds like it could be Census workers. The Census put out a fact sheet and on it is: Identifying A Census Taker. Included in that paragraph is Census workers will have an ID badge with a photo on it as well as a Census Bureau issued phone and possibly a logo bag.

These days, you can't trust that someone won't try to duplicate all that.

So how do you know for sure?

Census takers will ask you questions that include the name, age, race, and sex of the people living in your household.

This may surprise you, but Census workers are going door-to-door weekdays and weekends from 9 a.m. until 9 p.m. So, why is the Census such a big deal they would go door-to-door from sun-up until sundown?

Dr. Rebecca Tippett from the North Carolina Counts Coalition explained, “Not only is it vitally important for local funds, but state and federal funds. It's also used to allocate representation in the House of Representatives and all of the district lines when it comes to state legislative districts, federal and even down to school boards, and other elections. So, it’s vitally important from the power and money standpoint.”

You don’t have to wait for someone to come to your door. You can fill out the Census online.