A $1,200 water bill? The city shut off her water when she refused to pay up, but really, it was an employee mistake

Endea Thompson knew her bill wasn't $1,200, but the city refused to budge and cut her water off. That's when she got our Call For Action team involved. 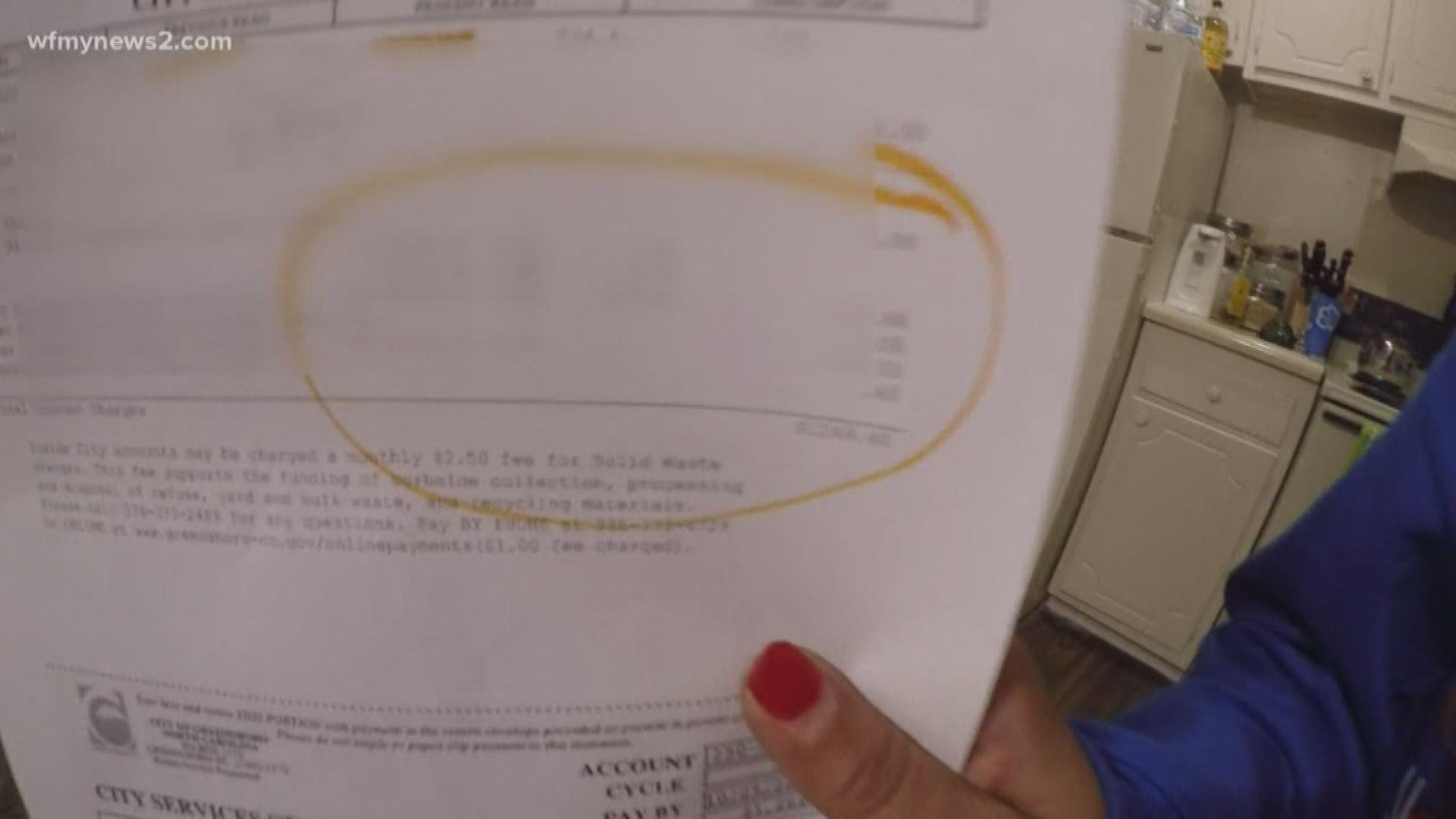 GREENSBORO, N.C. — Endea Thompson is pretty good about paying her bills on time. Whether it’s rent, cell phone, electricity or something else the bill is paid in full in advance.

There are, however, exceptions to every rule and a recent water bill was that exception.

“I wasn’t going to pay that, this is not mine,” said Thompson.

To better understand why Thompson was so upset and did not pay the bill on time, you need to know a bit of the backstory.

Thompson has lived in the same apartment complex for several months and her water bill is right around $20 to $25.

Back in September of 2019, the six-unit complex Thompson was living in caught fire and she had to be moved to a different unit. Thompson was in her new apartment for three days when the city sent her a water bill. You would think, based on the average she typically pays, that it would be about $3 at the most for those three days.

After reaching out to the city to dispute the bill, Thompson was eventually told the city would be willing to cut the bill in half, but that is all it would do. Again, Thompson complained and declined to pay the bill. The city eventually called and told her it would cut off her water if the bill was not paid.

“I couldn’t believe it,” said Thompson.

A couple days passed and, sure enough, the city cut off the water. That night, Thompson reached out to her father to get enough money to pay the water bill. The water was turned on about 36 hours later after the money was put into the account.

Still frustrated and angry about paying a bill that wasn’t her fault, Thompson reached out to our Call for Action volunteers to see if we could help. Our team contacted the city while I reached out to the director. We explained the issue and were told they would again investigate the matter.

A few days later, the director reached out to Thompson informing her the city had made a mistake.

“They found fault on their end and gave me a refund,” said Thompson.

We spoke to the Water Resources Manager Jeff Kimel.

“We read the meter manually and it was human error on our part,” said Kimel.

The amount of water that went through the meter and was registered was accurate, but the dates associated with the proper customer caused the confusion and problem.

Thompson is just glad she didn’t get stuck paying a bill that was not hers.

“Thank you, you did a good job, I didn’t even know the news did stuff like that,” said Thompson.