Lead, chemicals & more: Toys to look out for this holiday season 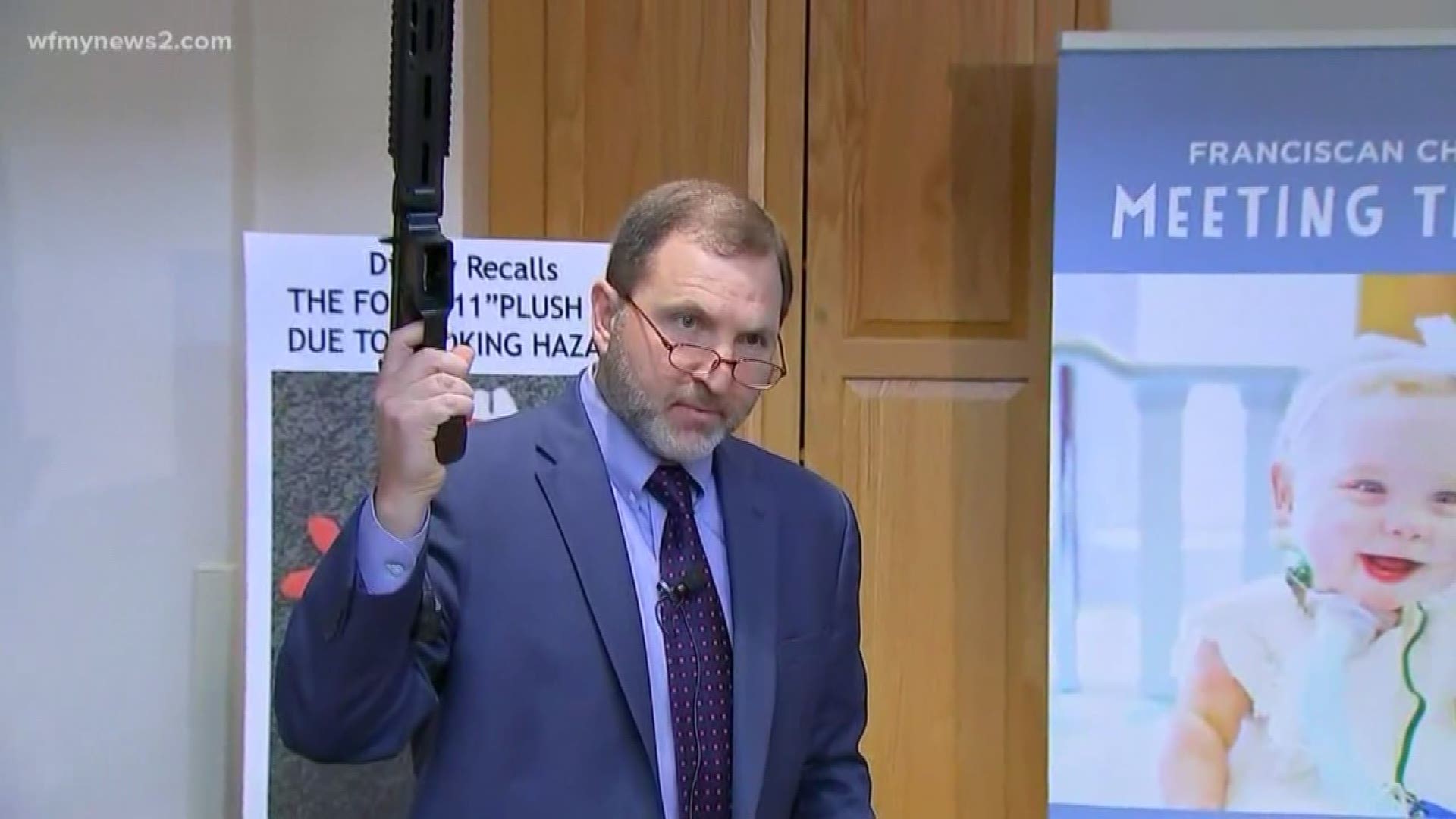 UPDATE: 2 new toys should be on parents' radar this holiday season.

The annual "Trouble in Toyland" report says that parents should watch out for the OK Slime DIY and anything with small magnets.

The OK Slime DIY contains boron. now just touching the product is fine, but if the toy is eaten, the chemical can cause vomiting and stomach issues for kids.

Small magnets are especially dangerous. If a few are swallowed, they can actually connect with one another inside a child's body. this can cause blockage inside, as well as serious injury or death.

Parents should also watch what they buy online. Sites like eBay, Craigslist, or even Facebook market place are great ways to save a few bucks, but products on the sites can sometimes actually be under recall. 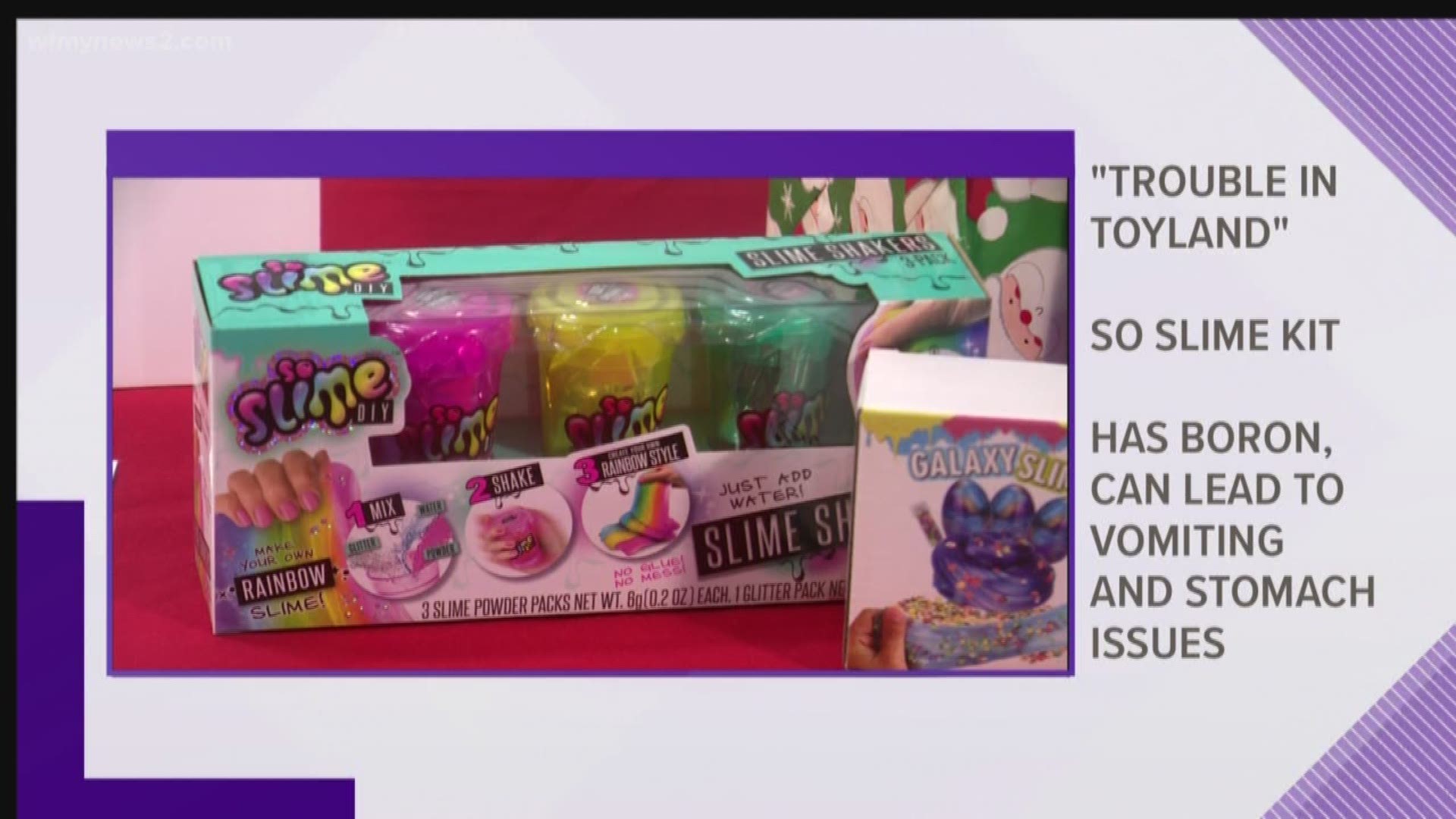 WNCN reports A consumer safety group has released a list of what it believes is the worst choice of gifts to give to children this holiday season.

The group World Against Toys Causing Harm, Inc. (W.A.T.C.H.)  the toys below could be dangerous in the hands of children.

Most of the toys included in this list pose serious choking hazards, but there is also the risk of eye injuries, and even “harmful chemicals” according to WNCN.

For more information on how to purchase the safest toys for kids this holiday season, visit the W.A.T.C.H. website.

The Toy Association sent CBS 17 a statement regarding W.A.T.C.H.’s list:

Each year, W.A.T.C.H.’s dangerous toys list needlessly frightens parents and caregivers. By law, all toys sold in the United States must meet 100+ rigorous safety tests and standards. On the other hand, W.A.T.C.H. does not test the toys in its report to check their safety; their allegations appear to be based on their misrepresentation or misunderstanding of the mandatory toy standards.

Unable to find product defects on the market as a result of these strict U.S. toy standards and test requirements, W.A.T.C.H. tends to focus on products with safety instructions and warnings, as if responsibly providing safety information to consumers is somehow an indication that a product cannot be safe for use or for sale, when the opposite is true.

W.A.T.C.H. looks to gain media attention for its organization at this time of year. However, toymakers and The Toy Association are committed to toy safety year-round. These efforts include providing useful tips for families and caregivers to help them choose age-appropriate toys and ensure safe play. The Association reminds parents and caregivers to always purchase toys from reputable stores and online sellers they know and trust. Toys sold by legitimate and known sellers are tested for compliance with the U.S.’s strict toy safety standard, which includes stringent limits for lead and other chemicals, a highly effective small parts regulation developed with the help of pediatricians, as well as requirements to ensure sturdiness and reliability of toys, among many other requirements.

For reliable information on toy safety, families can visit www.PlaySafe.org, The Toy Association’s free resource for parents and caregivers.”