It seems like every day the rules about coronavirus vaccines are changing. Here's the latest ... 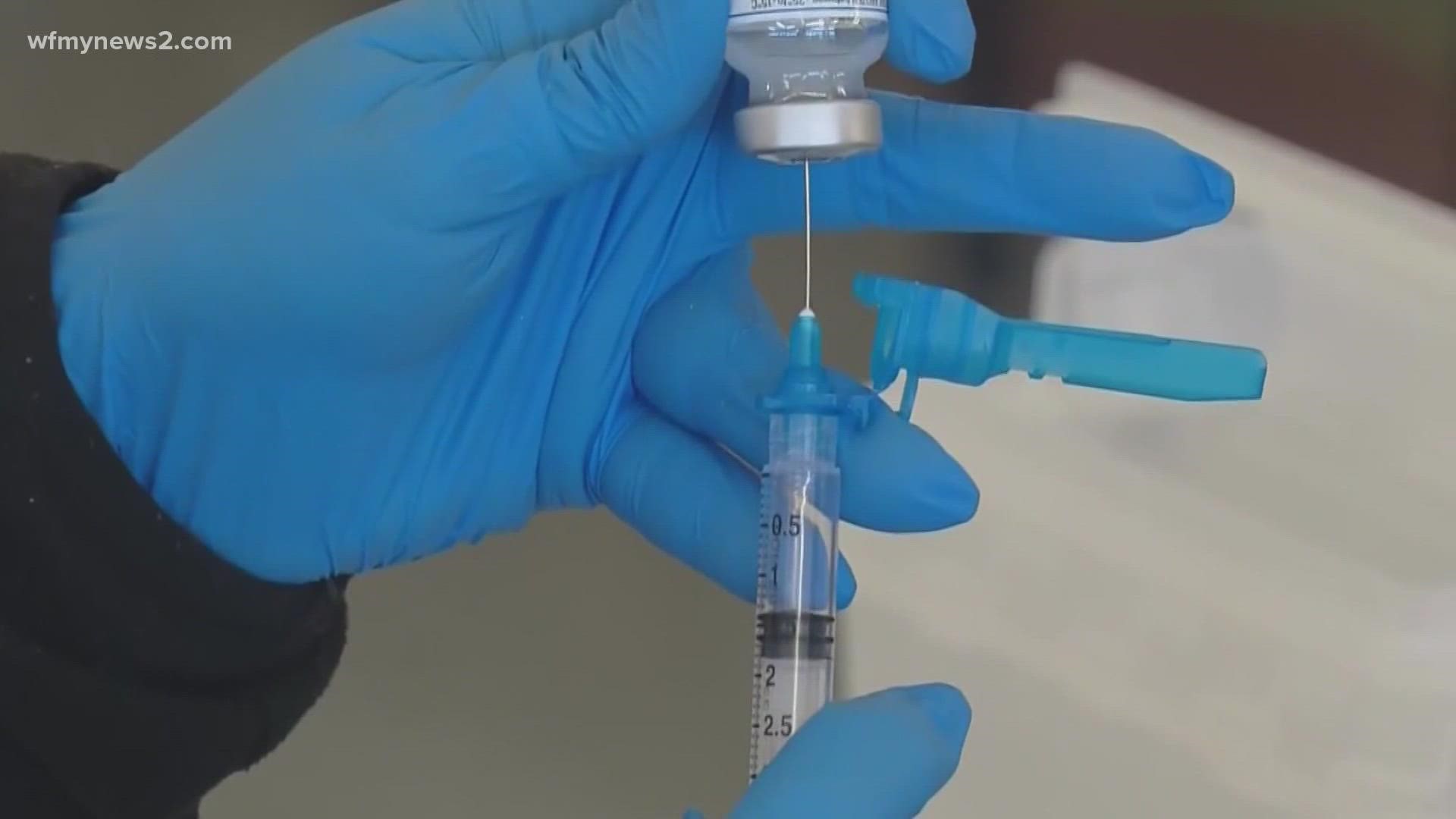 GREENSBORO, N.C. — Remember when the coronavirus vaccine first came out in 2020? Some people were so excited, they actually camped out in the cold overnight to get their shots. But fast forward to today with the booster shot, and we're not seeing the same enthusiasm. That has medical experts worried.

The booster shot has been available to adults 65 and up since the end of September, but according to the CDC, only 36 percent of that group has received the extra dose. Right now, only the Johnson and Johnson vaccine booster is approved for all adults. The other two brands are approved for people 65 or older, adults with underlying conditions and adults who live or work in high-risk areas. Both Pfizer and Moderna submitted data to the FDA to get their shot approved for everyone.

“CDC will quickly review the safety and effectiveness data and make recommendations as soon as we hear from FDA,” CDC Director Rochelle Walensky said.

A growing list of cities and states aren't waiting around for the federal government to revise their booster policy. New York City already allows all adults to get the booster.

The CDC and FDA signed off on people mixing and match vaccines. A new study suggests people who got the Johnson and Johnson vaccine would benefit most from this. It says those who got the j and j booster saw a four percent boost in immunity. Pfizer's booster provided a 16 percent jump.
Moderna boosted people's immunity by 32 percent. The only thing that doesn't change is side effects.

“There does not seem to be really a rhyme or reason to who has more significant symptoms than others but most people feel improvement
after some Tylenol and plenty of fluid,” said Dr. Ashley Perrott from Novant Health.

Common side effects include arm pain, fever and fatigue. Doctors say side effects typically go away within a day or two.

Kids' vaccinations are moving along both in the triad and our state. Children five to 11 became eligible about two weeks ago. The North Carolina Department of Health and Human Services reports about 76,000 kids in that age group have at least one dose. That makes up nine percent of children five to 11. The Guilford County Health Department told us earlier this week they've vaccinated about 370 children so far. Cone Health says they vaccinated another 300 this weekend. Those numbers don't include other vaccine clinics in our area or pharmacies.

Trials continue for developing a vaccine for children under five. Dr. Christopher Ohl from Atrium Wake Forest Baptist says it won't be available for them until probably late winter or early spring. He says that means you should consider changing how you gather for the holidays.

“There are ways to do it, with wearing masks or spending time outside when the sun is out and warm and having the kids out then. Kids under the age of five will wear masks. They can do it," he said.

Senators Thom Tillis and Richard Burr filed a challenge to President Joe Biden's vaccine mandate this week along with all other Republican senators.

The President instructed OSHA to create a rule where businesses with 100 or more employees would need to require vaccinations or test employees weekly. He says he needed to do so to boost vaccination rates. An appeals court blocked the requirement and the case is currently playing out in a higher federal court. OSHA says it won't enforce the mandate until the legal process is done.

Senator Tillis sent us a statement that reads in part: "President Biden's vaccine mandate for businesses is a gross federal overreach. I support any individual business's right to make a decision for themselves, and small and large businesses across the country should not have to comply with this added burden."

Dr. Ohl continued to encourage vaccinations as we head into the winter months. He says things won't get as bad as last year; however, Dr. Ohl says we'll still see an uptick in cases and deaths.

"We can prevent that by everyone getting immunized. We've said that over and over. I think it's pretty clear people have declared themselves as never getting immunized. They'll just get covid. Before this is over, everyone's gonna get immunized one way or another," he said. 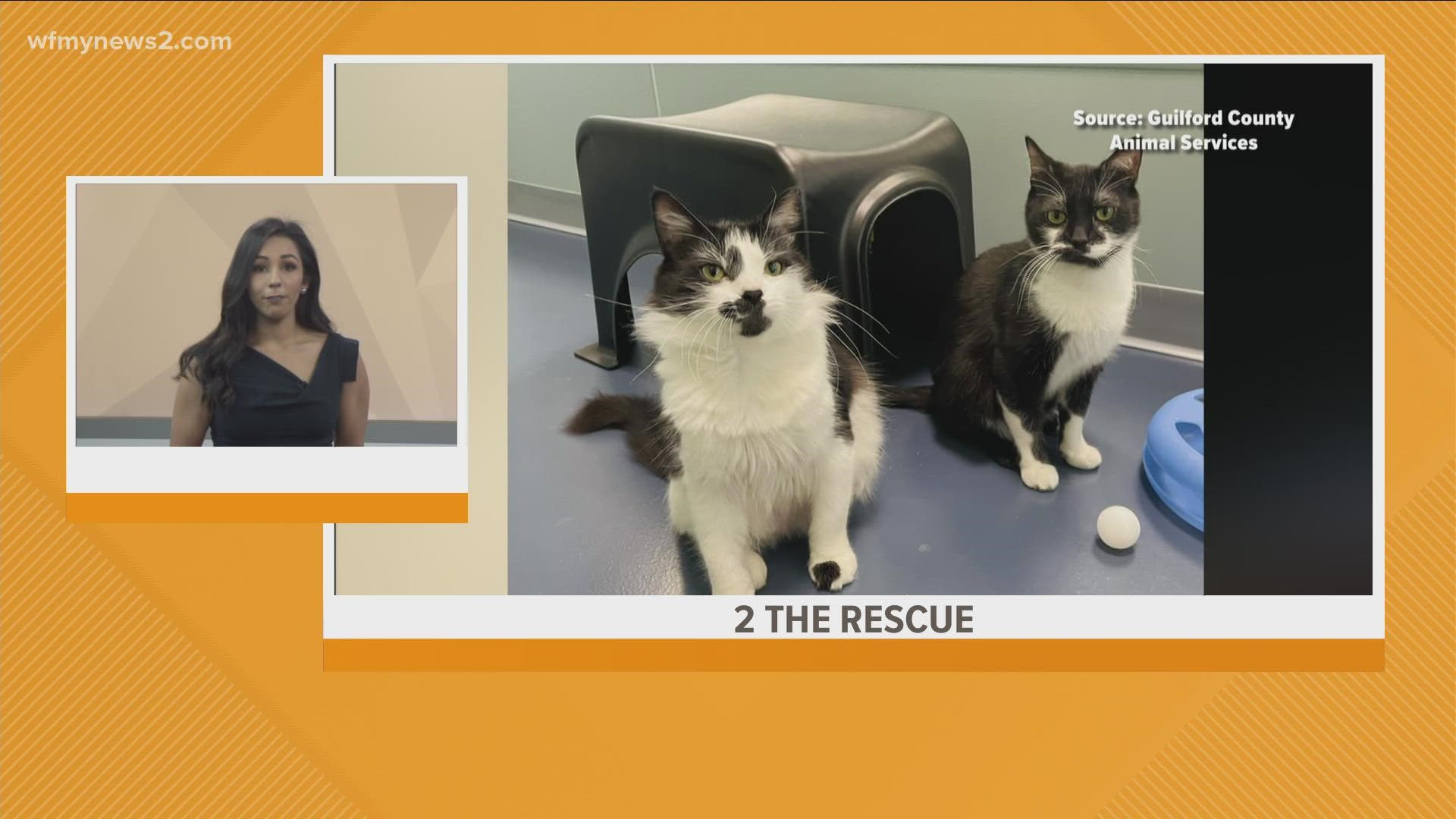 Meet Felix and Piper: 2 The Rescue