. Burlington Leaders say if you received an email from the Captain -- on Halloween -- do not open it. 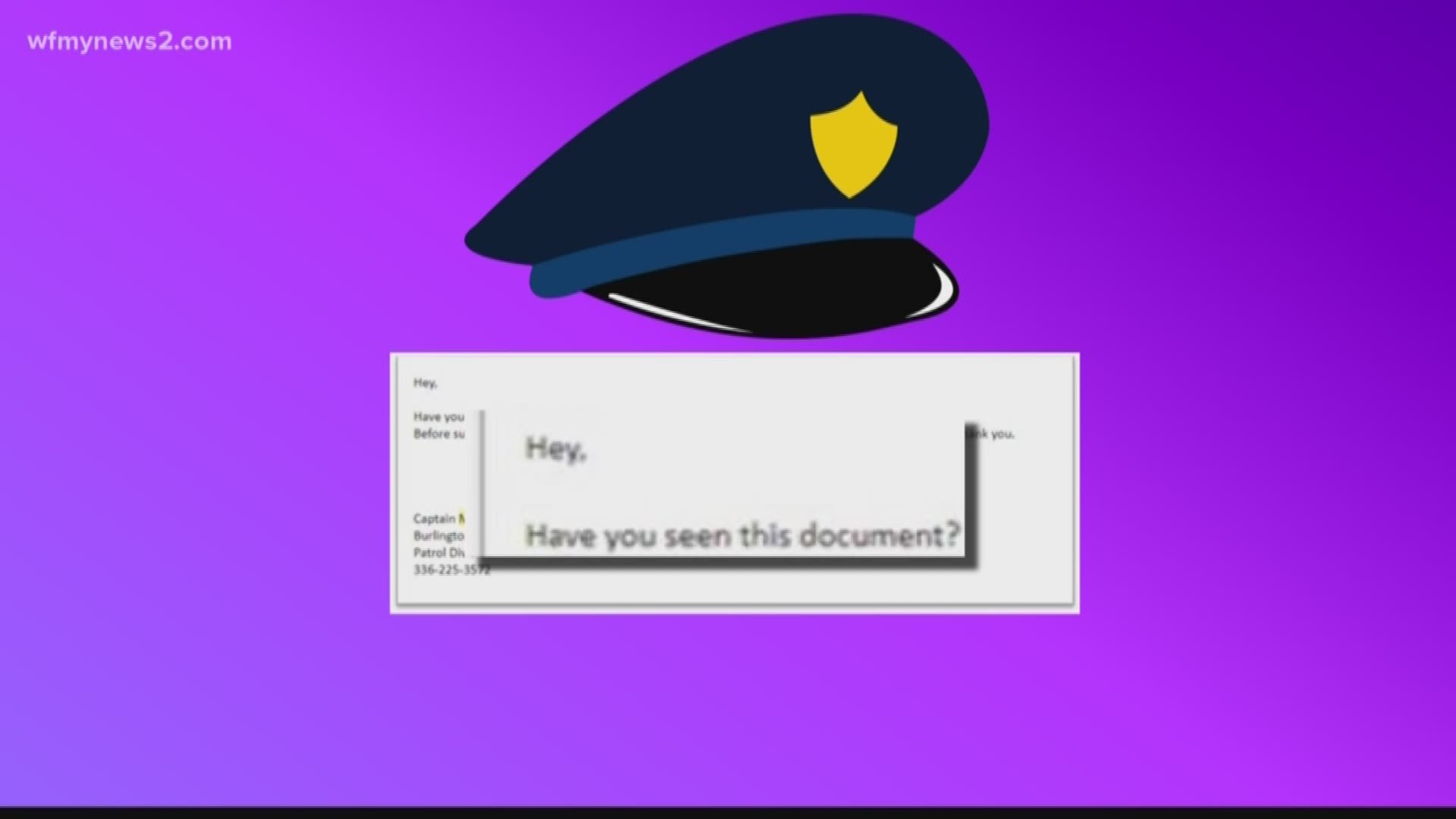 BURLINGTON, N.C. -- — On Thursday evening, the City of Burlington sent out an alert detailing an attempted Cyber Attack on the City.

It is something we see, and warn you about a lot -- a phishing scam.

"When situations like this happen it is a learning opportunity. Our staff have been in conversation over the past couple days to make sure we really are getting that message out. To stop, to slow down, to be aware," said Morgan Lasater, the Community Engagement Manager for the City of Burlington.

This time though, the hackers had access to Police Captain, Mark Roscoe's email. Burlington Leaders say if you received an email from the Captain -- on Halloween -- do not open it.

It contains a link they want you to click, so potentially harmful activities could happen. In an email the City of Burlington says Captain Roscoe's email is no longer compromised, and is safe.

RELATED | How do cyber-criminals hack small business startups? Here's what we learned from Microsoft

Burlington ended up getting off scot free, because they paid attention. They took their time, and called their IT people because they felt something was off.

You should take the same precautions. Call or email the sender if something just doesn't quite feel right. It may take a few more minutes, but it is better than infecting the entire system.