Usually handling the fallout is your responsibility. These changes would put more pressure on companies. 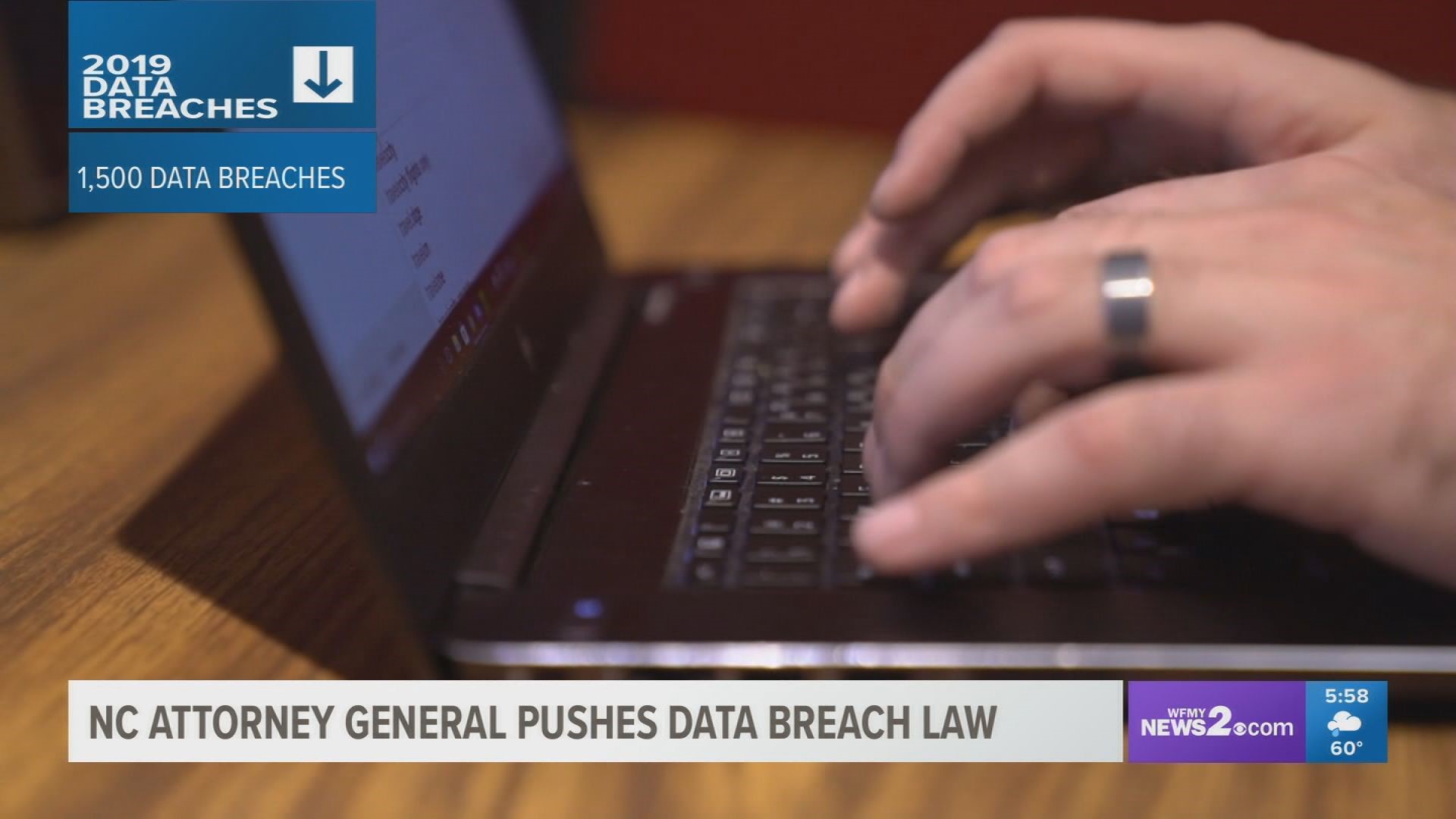 If you weren't affected by one of these companies' data breaches, you've been affected by another. There's too many of them.

Now there's not much you can do about it, yet. However, North Carolina's attorney general wants to shift that responsibility from you to the companies.

Experts say 2019 was the worst year for data breaches ever!

That was a 17% increase from the previous year. And they didn't just affect regular consumers.

Organizations and even some city and town governments were successfully targeted by hackers.

Now the resource center says many of these organizations used poor security. Many failed to use a password to protect certain data.

And that's why attorney general josh stein is backing a bill that would strengthen data breach law. State law requires companies to report data breaches with a quote "reasonable delay."

The new law would give them 30 days at the most to report it. Stein hopes the bill will pass by the summer.

In the meantime, you need to freeze your credit. It's the most effective way to prevent hackers from making money off of your identity.

Check the links below for guides on how to do it.

2019 may have been the worst year for data breaches. How to freeze your credit (and still use your cards!)