Consumer Reports has ideas for how to negotiate other fees and charges. 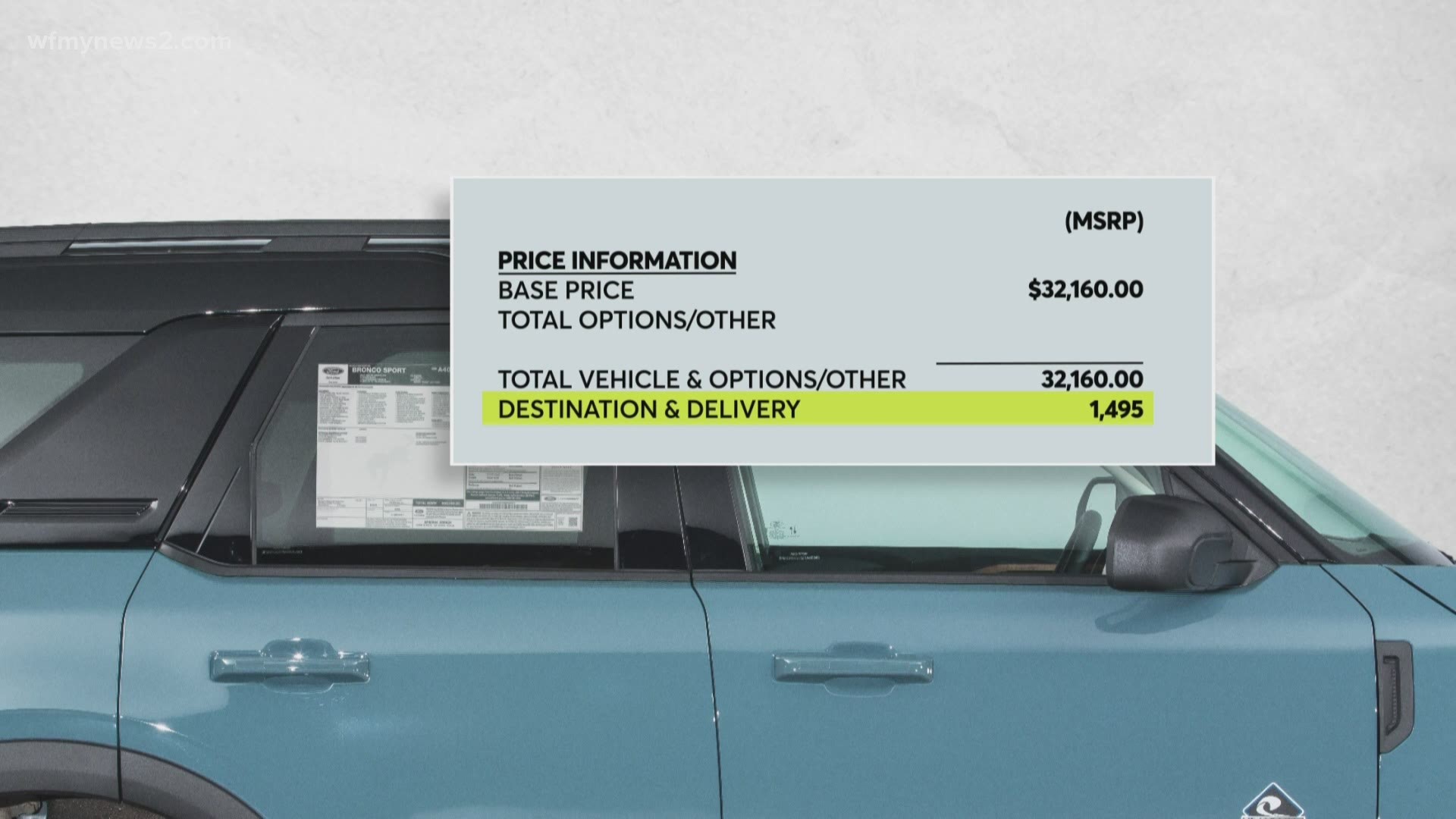 GREENSBORO, N.C. — Purchasing a new car is stressful enough, making you worry about everything from which color and options you want to make sense of those mysterious fees that appear on the bill of sale.

A new Consumer Reports investigation reveals why one fee, in particular, is costing new-car buyers more than ever before.

Do you pay an extra fee for those eggs you bought at the grocery store? Of course not, but you likely paid a similar fee the last time you bought a car. It’s called a destination fee or a fee for delivery, processing, and handling or inland freight and handling.

A car expert at Consumer Reports says, “The destination fees have something to do with getting a car from the factory or U.S. port to a car dealership, but there’s not a lot of transparency beyond that.”

These non-negotiable fees appear as a line item on car window stickers. They’re rarely disclosed in ads or on automaker websites. And because of that, these hefty fees can take unsuspecting buyers by surprise.

And there’s another even bigger problem. Consumer Reports’ investigation found that automakers have increased destination fees from an average of $840 in 2011 to $1,240 in 2020.

That’s almost a 50% increase and more than two and a half times the rate of inflation.

Why is this? The lack of transparency about how destination charges are derived and the rate they’ve been increasing deserves a second look. Many consumer advocates suspect that these fees are just a way for automakers to boost the bottom line without officially raising prices.

So what can you do? CR says to negotiate the bottom line for the vehicle, not the destination fees, something the dealer won’t budge on. Insist on discussing your “out the door” all-in price, and don’t be shy about asking for a reduction.

And if you don’t get it, consider walking away. Car dealers expect you to haggle, and they just might match your price to make the sale. Another thing: Consumer Reports says the best way to haggle for a car is over email. Not only is it COVID-smart, but It is also a great way to get the deal in writing before you even step foot in the dealership.