Did You Know You Could Get Money If You Develop Complications From A Vaccine?

The National Vaccine Injury Compensation Program compensates those who get a serious reaction after a getting vaccine. 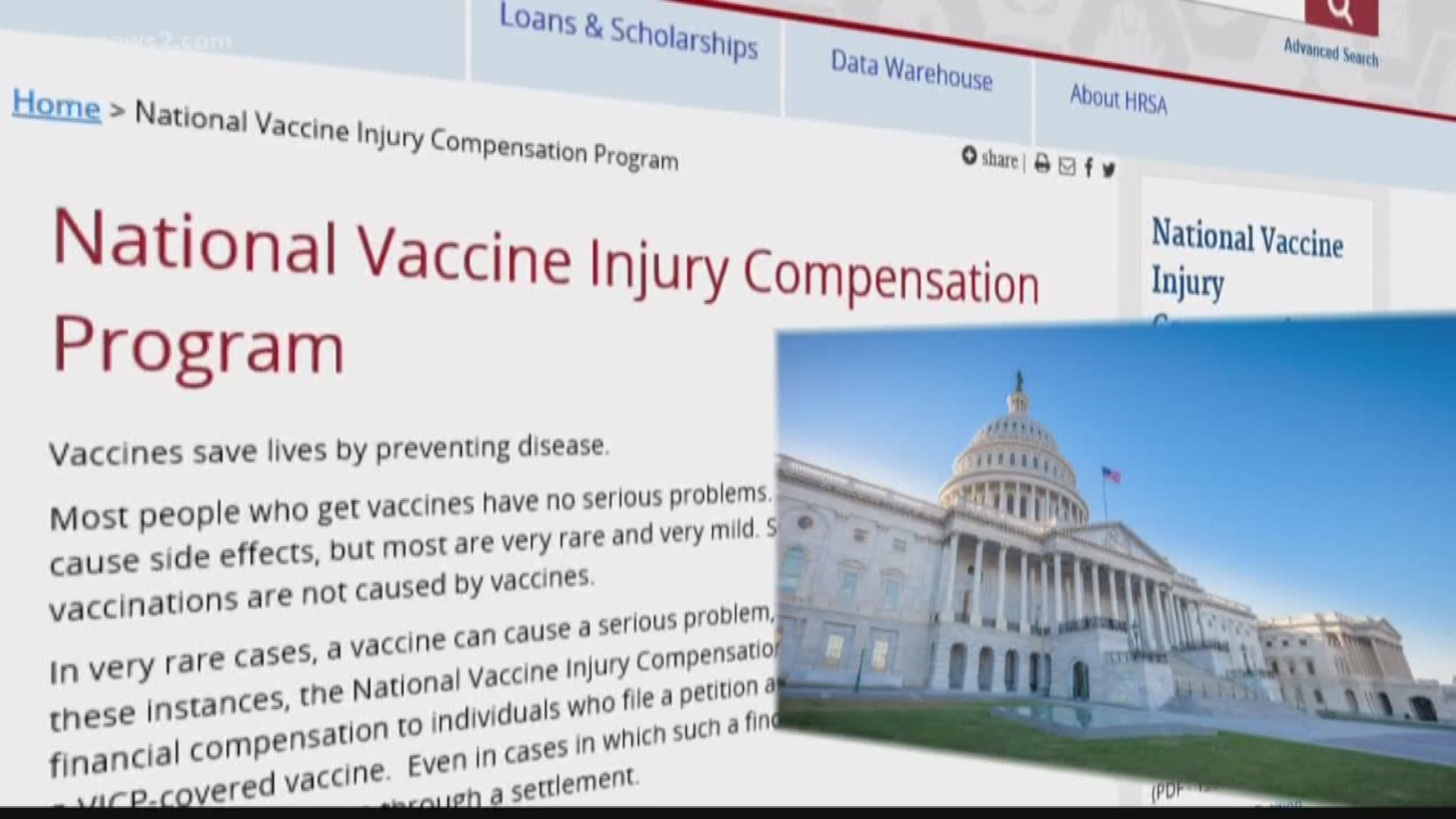 GREENSBORO, N.C. -- You've heard plenty of times that the flu shot is the best way to keep your family from getting the flu. But in rare cases, that vaccine and others can cause serious complications.

A little known program called the National Vaccine Injury Compensation Program will pay for your pain and suffering, medical bills and lost wages.

Doug DiNunzio used the program back in 2014.

His story starts in the same place it almost ended--the hospital where doctors treated him for pneumonia.

"When I was being discharged the nurse said, 'Oh hey, by the way, you need a flu shot.'" DiNunzio said.

He says that flu shot nearly killed him causing Guillain-Barre syndrome. It's a disorder where his immune system attacked its own tissues--paralyzing him. He was forced to sit in a hospital bed for months.

He was also left with a pricey bill nearing a million dollars to pay, all because he got a flu shot.

"There are side effects to vaccines that nobody knows about and I found out the hard way." DiNunzio said.

It was created by Congress 30 years ago as an alternative to suing drug makers and healthcare providers. The program's paid more than 6,000 people on average, $594,000 apiece. Most payouts are linked to flu shots.

"It's not that the flu vaccine's any riskier than any of the other vaccines, it's just simply a matter of numbers, there's just so many people getting the flu vaccine." Nancy Meyers, a Greensboro vaccine attorney said.

Meyers has represented hundreds of victims at no cost to her client. Instead, the money is paid by the program that's gaining more and more attention.

There's been an uptick in the number of cases that have been filed with the U.S. Court of Federal Claims," Meyers said.

Dozens of people from North and South Carolina filed claims in recent months.

DiNunzio said the money he won truly helped him get back on his feet.

"Thank goodness there is this fund to help patients," DiNunzio said.