Does President Trump ever have to concede? Is there a law about transitioning power?

A 2WTK viewer asked us to look into it. Yes, there are laws but no, conceding is just a formality. 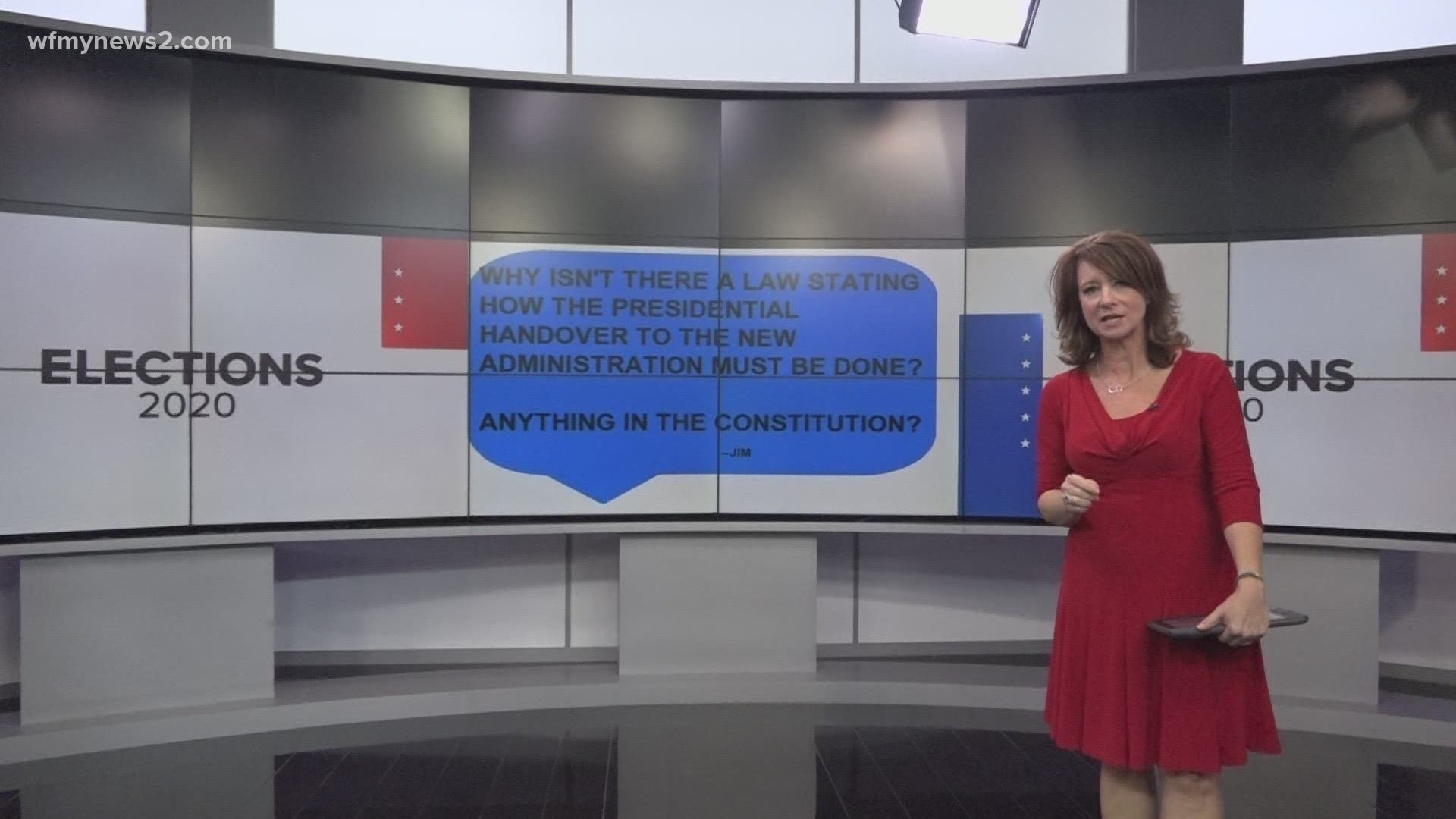 GREENSBORO, N.C. — There are all kinds of questions people are wondering about as Election week is now turning into the month.

Why isn't there a law stating how the presidential handover to the new administration must be done? Anything in the constitution?

Jim asked 2WTK this question as President Trump is not allowing the customary transition processes to be taken for President-Elect Biden. The answer is tied to law and the constitution.

First up, the law, the Presidential Transition Act of 1963.
It promotes the orderly transfer of the executive power in connection with the expiration of the term of office of the President. Basically, it frees up funds and gives access to the incoming President.

President Trump is not the first President to hold up this process. In 2000, then-President Bill Clinton waited until the Electoral College voted on December 14th to begin the transition for President-Elect Bush.

Now, when it comes to the Constitution, the 20th Amendment is what you want to pay attention to. It states once the new president is sworn in at noon on January 20, all power goes to them.

Does it matter whether President Trump ever concedes or not?

“Concession is a symbolic act that says the willingness to accept the democratic result it has no legal force. At noon on January 20, Biden will swear that oath and become Commander and Chief, Chief Executive, he will have Constitutional authority, he will be the President of the United States. Once the oath is sworn, we have a new President and a former President who is a private citizen,” said David Holian, UNCG Associate Professor of Political Science.

And while it’s customary for the outgoing President to be at the inauguration, he doesn’t haven’t to attend by law.