Over 40 cases of fire or smoke have been reported since 1991, all from batteries in e-cigarettes 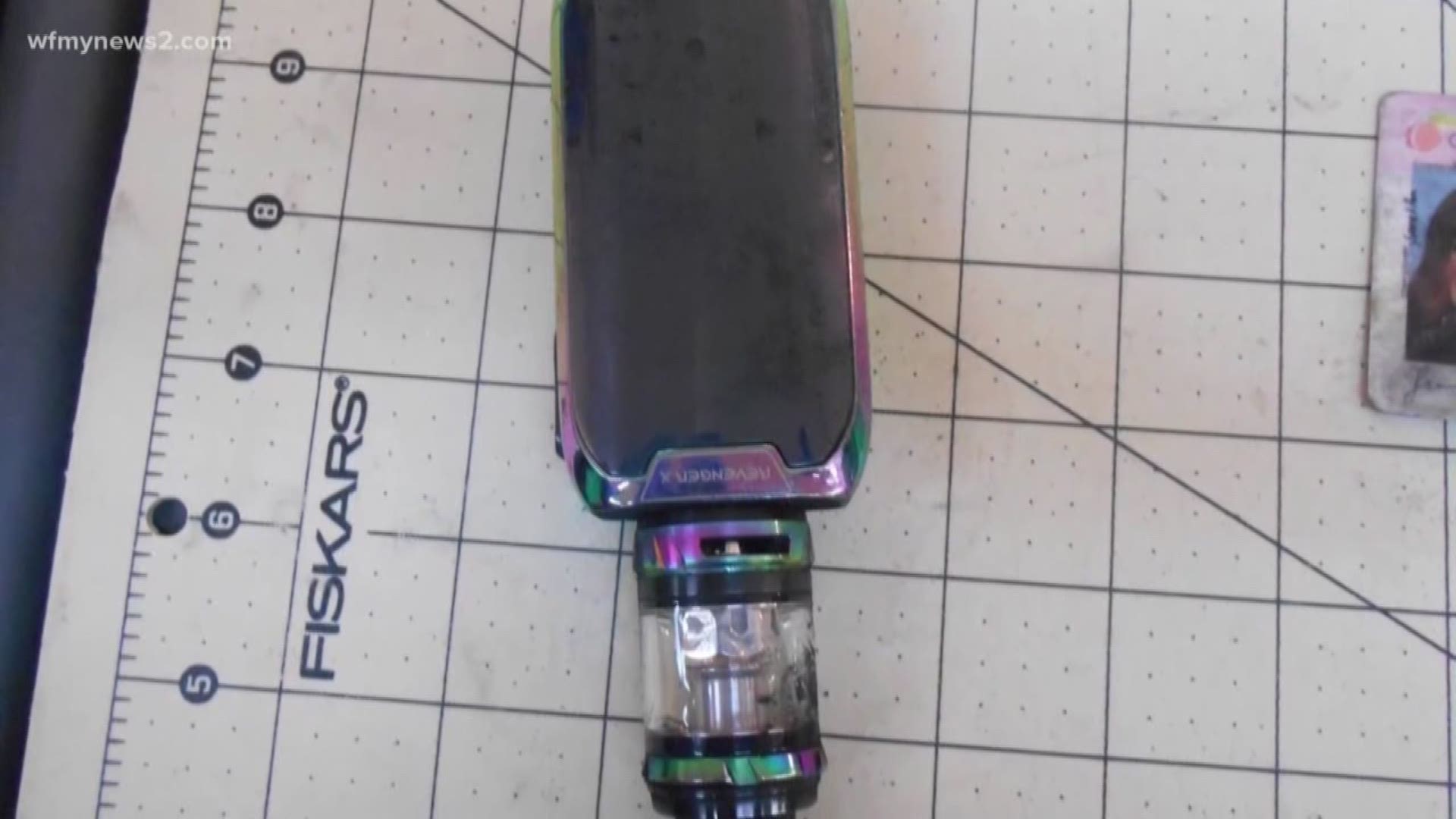 The president of the largest flight attendant union wants the FAA to ban e-cigarettes from planes because their lithium-ion batteries could be a fire hazard. Lithium-ion batteries power virtually every mobile device we have — but the concern about vaping devices stems from the fact they often use cheaper batteries to power them, raising fears they're more likely to fail and create a fire.

In February, spare lithium-ion batteries sparked a fire aboard a Delta flight while it sat at the gate. Those batteries are in e-cigarettes – like the one that caught fire in the TSA line in Charleston, West Virginia. And in Savannah, Georgia, the battery for a vape pen was blamed after a bag started smoking at security.

At least 265 incidents involving batteries have been reported to the FAA since 1991, and FAA data shows at least 48 e-cigarette related smoke or fire incidents at airports or on planes. That's more incidents than laptops and tablets, cell phones, battery chargers or spare batteries.

An FAA test video shows why lithium-ion batteries have been banned in checked luggage. If a battery fails and enters what's called thermal runaway, it can burn so hot that the plane's fire suppression system can't put it out. In 2016, the FAA banned the Samsung Galaxy Note 7 smartphone due to its lithium batteries starting fires.

"A lithium ion battery fire on a plane can be catastrophic," Sara Nelson, president of the Association of Flight Attendants, told CBS News transportation correspondent Kris Van Cleave. Nelson added that flight attendants have become firefighters on planes, and the FAA needs to do more.

Flight attendants are trained to handle battery fires. That can involve putting the smoldering or flaming device in fire-resistant bags, which are now carried on board many planes.

"How about we just not have these e-cigarettes on the plane at all?" Nelson said.

But Mark Millam of the Flight Safety Foundation said while batteries from e-cigarettes are a great concern on planes, more information is needed before an outright ban makes sense.

"A ban could happen when there is the right information that's understood about it," he said.

The FAA told "CBS This Morning" in a statement that it has "clear regulations" on the safe transport of lithium-ion batteries. Regulation requires that e-cigarettes, vape pens, and spare batteries must be transported in carry-on bags.

The administration added that "because of the wide variety of battery issues that can occur, it is important that airlines have the flexibility to assess and address the risks involved in each individual situation."